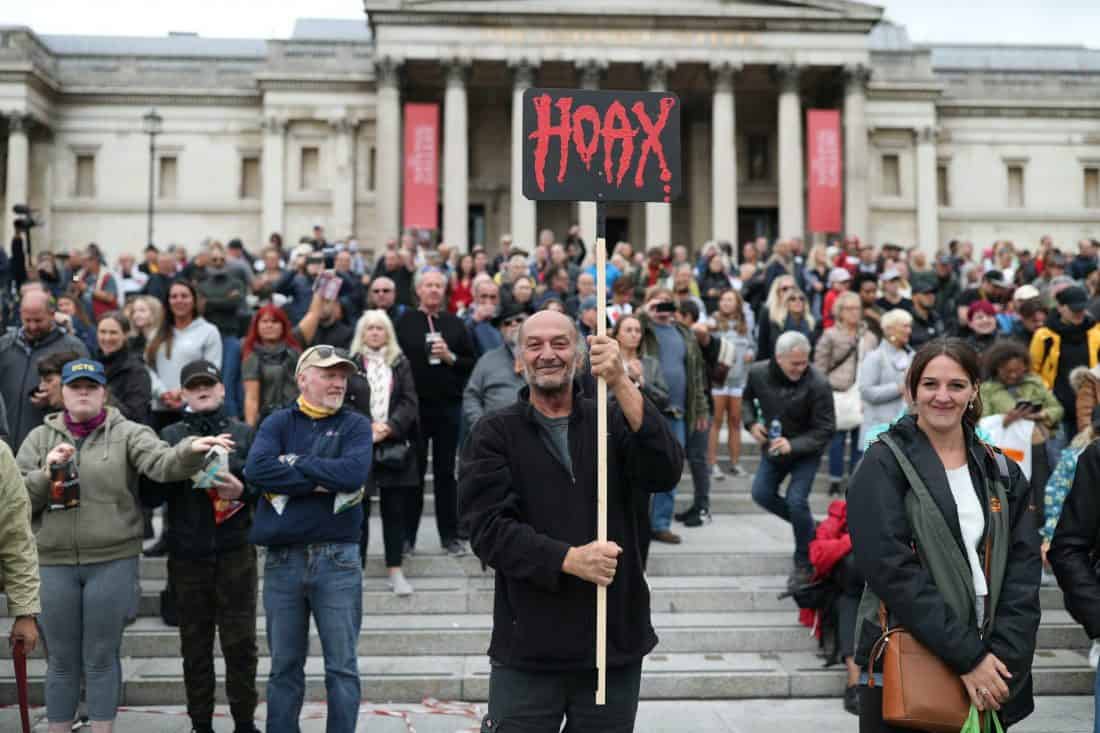 The husband of Conservative minister Chloe Smith has claimed that coronavirus is a “mental illness”.

He has previously re-tweeted posts describing the Government as “globalist puppets” and “tyrants”, the Eastern Daily Press reported.

A poster for the Unite For Freedom March, held in London on Saturday, called for an end to social distancing, track and trace and the use of face masks.

Mr McFadzean, who is employed by Credit Suisse as a vice president, wrote on Twitter: “Covid-19 is most likely an outbreak of mental illness.”

A further post read: “Government need to be clear.

“Either there is a killer virus on the loose or there isn’t. (Spoiler alert: There isn’t).”

On Thursday, Ms Smith told the paper: “My husband’s a private citizen.

“Everyone’s entitled to their own view, and to debate.

“I take a different view.”

The Conservative Party has not responded to requests for comment.

Minister of State for the Constitution and Devolution Ms Smith changed her Twitter account name during the pandemic to reflect the Government’s policy, Stay Alert Save Lives.

Clive Lewis, MP for Norwich South, said: “There’s absolutely no way I’d hold anyone responsible for the views of their partner.

“However, if my partner was spouting forth Covid conspiracy, anti-vaccination nonsense, it is very likely the subject might come up for discussion at some point over tea.”

Councillor Natasha Harpley, leader of Broadland Labour Group, said on Twitter: “Chloe Smith is not her husband’s keeper but wow, how embarrassing.

“What an insult to the 1000s who have died & those experiencing actual mental ill health.

“I hope his ignorance hasn’t compromised the health of both her & those she meets whilst carrying out MP duties.”