Britain refused to deliver the tanks to Iran but kept the cash, despite British courts accepting that the money should be repaid. 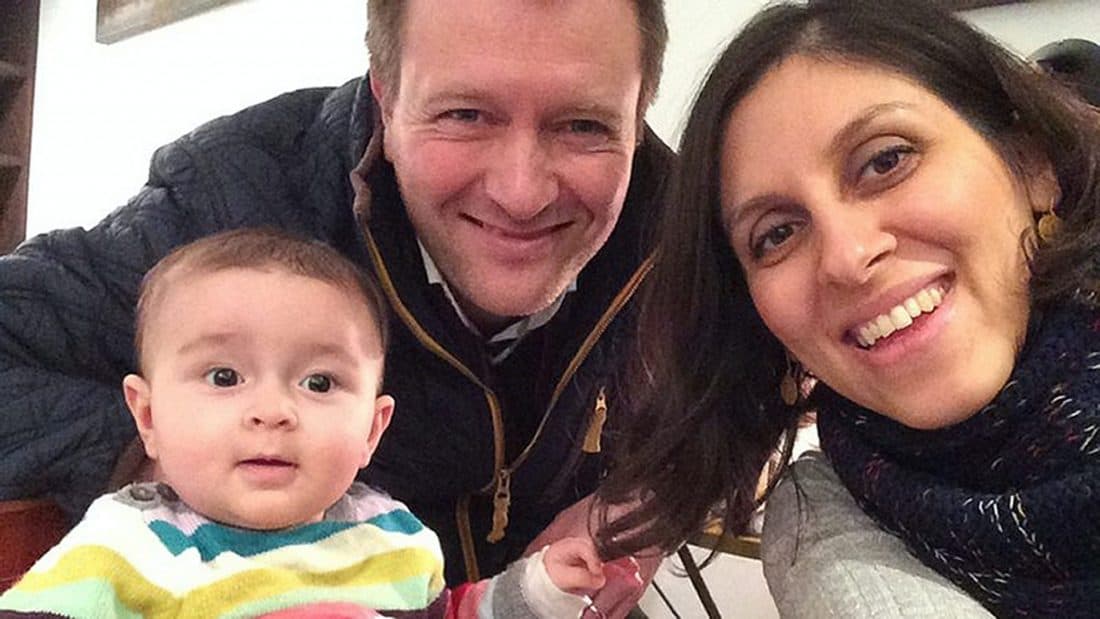 It has long been claimed that Mrs Zaghari-Ratcliffe – who is said to be in a perpetual state of anxiety – is being held in Iran in order to force the UK into settling a multimillion-pound dispute with the country, according to a BBC Panorama investigation.

Iran’s alleged use of prisoners as “collateral” over a multi-million pound dispute with the UK is “completely outrageous”, the husband of Nazanin Zaghari-Ratcliffe has said.

Richard Ratcliffe said there was “clearly a stand-off” between the two countries and that he feared his wife could face a second court case once her sentence comes to an end next spring.

The lawyers want to meet Ben Wallace and his legal advisers to discuss the approach the British Government is taking on the issue of debt owed to Iran.

In a letter to Mr Wallace, sent earlier this month, lawyers outline “grave concerns” about the UK’s “failure” to pay up.

“This failure continues to blight UK-Iranian relations and remains an intractable obstacle to Nazanin’s long-overdue release,” the letter said.

Lawyers also point out to Mr Wallace that they still have not received a proper response to a letter they sent to him almost a year ago.

“We wrote to you on this subject on 6 September 2019, but have yet to receive any substantive response, notwithstanding an indication that a response would be forthcoming,” lawyers said.

Mrs Zaghari-Ratcliffe’s husband Richard described the lack of response as “an astonishing lack of accountability”, adding that there has yet to be a response to the latest letter.

Requesting a meeting at the “earliest convenience”, the lawyers said: “There is still hope for an imminent positive ending for the Ratcliffe family, but this requires you to stand by your words of 2014 and take charge of the actions of IMS to find a way to honour the UK’s legal obligations to Iran (however unpalatable to the current US Administration).

“It also requires the UK Government to have the courage to stand up to Iran for its abusive treatment of Nazanin (and other innocent British nationals), and to protect their right to return to England and be reunited with their families.”

Mr Ratcliffe told the BBC Panorama documentary, which looks at the detention of western citizens in the country, that the family had been given a date of December 28 2017 for his wife’s return to the UK.

But it is unclear why the deal fell through.

When he was toppled in 1979, Britain refused to deliver the tanks to the new Islamic Republic but kept the cash, despite British courts accepting that the money should be repaid.

Panorama said that, according to its sources, the Ministry of Defence has objected to the repayment.

Mrs Zaghari-Ratcliffe has said the Iranian authorities have told her that her release hinges on the money being returned.

But publicly the Iranian authorities have denied any link between the debt and Mrs Zaghari-Ratcliffe’s imprisonment.

The UK Foreign Office also said they do not “recognise any linkage” between the debt and her imprisonment, adding: “It is unhelpful to suggest otherwise.”

Mrs Zaghari-Ratcliffe is currently on temporary release under effective house arrest at her parents’ home in Tehran due to the Covid-19 pandemic.

It is unclear whether she will be permanently freed or recalled to prison.

An MoD spokeswoman said: “The Defence Secretary’s position on this matter has not changed.

“As previous government statements have made clear, we remain committed to securing the immediate and permanent release of all arbitrarily detained dual British nationals in Iran and regularly lobby for their release at the highest levels.

“This includes through the Prime Minister, the Foreign Secretary and the British Ambassador in Tehran.”