Theresa May and Jeremy Corbyn have clashed over crime figures and police funding at PMQs, with Corbyn telling May: “You can’t have public safety on the cheap.” “With crime rising does the Prime Minister regret cutting 21,000 police officers,” asked the Labour leader, launching a fractious Prime Minister’s Questions exchange on the traditional Conservative comfort […] 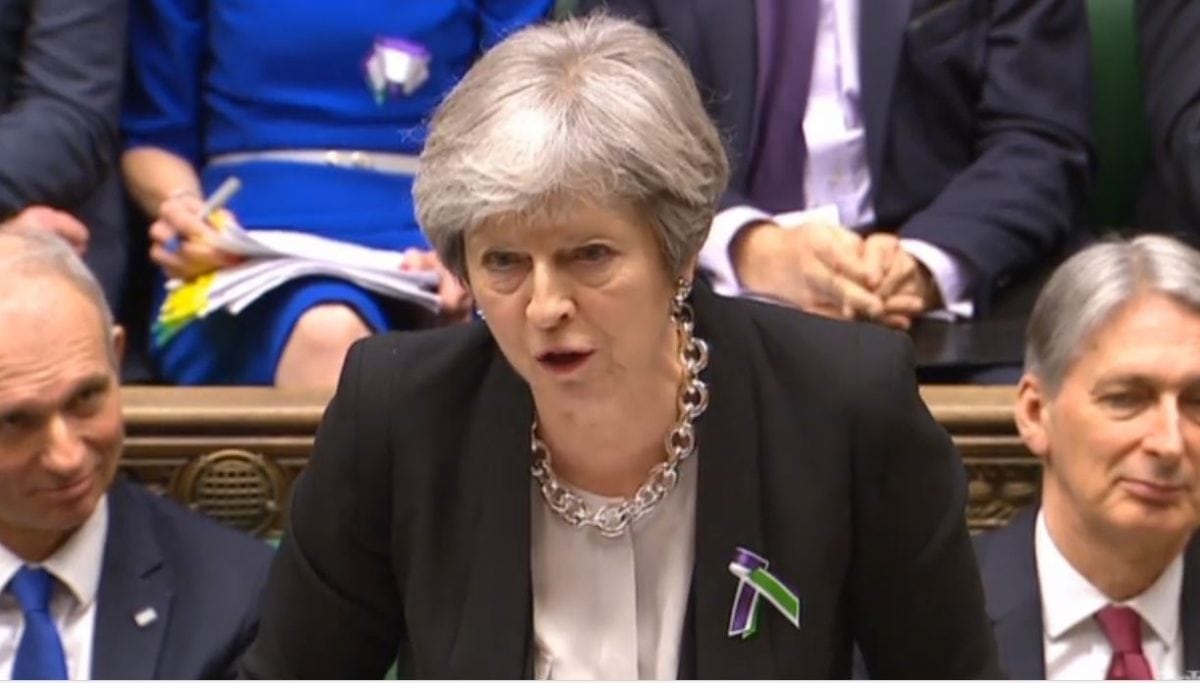 Theresa May and Jeremy Corbyn have clashed over crime figures and police funding at PMQs, with Corbyn telling May: “You can’t have public safety on the cheap.”

“Recorded crime is up by one fifth since 2010, violent crime up by 20% and during the period when the Prime Minister was Home Secretary, £2.3 billion was cut from police budgets,” explained Corbyn.

“Her Majesty’s Constabulary Inspectorate of Constabulary warns neighbourhood policing risks being eroded and the shortage of detectives is at a national crisis. Does the Prime Minister think that the inspectorate is scaremongering?”

This was a reference by the Leader of the Opposition to Theresa May’s infamous response to protests and warnings from police that Tory cuts to policing were leaving the UK at a greater danger of terror attacks.

“The police need to stop crying wolf and scaremongering about terrorism,” Theresa May had said as Home Secretary when she oversaw unparalleled cuts to policing: 20,000 frontline police officers, 1,300 firearms- trained officers and 26,000 community support officers.

“This is a Government that is protecting police budgets” insisted Theresa May today in response to Jeremy Corbyn’s accusations, claiming that there was now better recording of crime by police.

“The inspectorate also found that the police are failing to properly record tens of thousands of offences, and in addition to cutting 21,000 police officers, the Government have cut 6,700 police community support officers,” added the Labour Leader. “The chief constable of Bedfordshire says:

“’We do not have the resources to keep residents safe… The position is a scandal.’

“Too many people do not feel safe, and too many people are not safe. We have just seen the highest rise in recorded crime for a quarter of a century. The chief constable of Lancashire said the Government’s police cuts had made it much more difficult to keep people safe. Is he wrong?”

The Prime Minister returned to the topic of recording crime again, replying: “when I was Home Secretary, I asked HMIC to look at the recording of crime to ensure that police forces were doing it properly. Indeed, some changes were made as a result, so we now see better recording of crime. We also see £450 million extra being made available to the police.

“Over the past few years, we have also seen the creation of the National Crime Agency, and our police forces are taking more notice of helping to support vulnerable victims and doing more on modern slavery and domestic violence—taking seriously issues that were not taken seriously before.”

Corbyn added: “Since 2015, direct Government funding to the police has fallen by £413 million, and Chief Constable Dave Thompson of West Midlands police said:

“In addition to police cuts, other public service cuts are clearly contributing to the rise in crime: 3,600 youth workers have lost their jobs; 600 youth centres have been closed and boarded up; the probation service has been cut and privatised; and reoffenders are committing more offences.

“When it comes to tackling crime, prevention and cure are two sides of the same coin, so why are the Government cutting both of them?”

The Leader of the Opposition also pointed out that “violent crime is rising, police numbers are down and chief constables are saying they no longer have the resources to keep communities safe,” adding:

“After seven years of cuts, will the Prime Minister today admit that her Government’s relentless cuts to the police, probation and social services have left us all less safe?

“The reality is that we cannot have public safety on the cheap.”

But the Prime Minister changed topic from policing again, steering her reply onto the economy: “The right hon. Gentleman really needs to reflect on what Labour would be doing if it was in government,” said May. “You can only pay for our public services if you have a strong economy. What would we see with the Labour party?“

Jeremy Corbyn and Theresa May clash at PMQs over crime and police cuts:

Prime Minister Theresa May & The Labour Party leader Jeremy Corbyn clashed over crime and police cuts at PMQs – Who do you think came off best from this clash over what is traditional Conservative territory? 👍 = Theresa May / ❤️ = Jeremy Corbyn#PMQs #PrimeMinistersQuestions #Crime #Policing #TLE

Posted by The London Economic on Wednesday, 7 February 2018