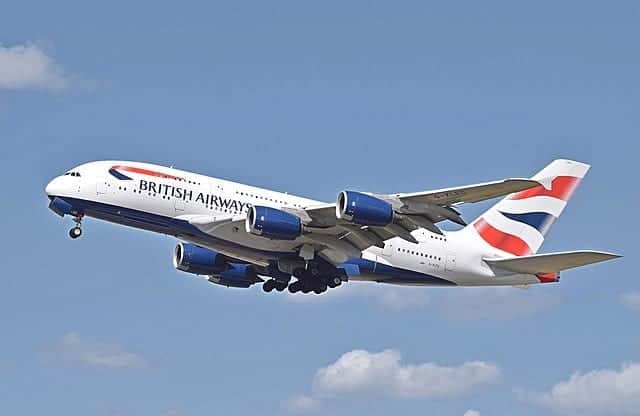 British Airways loses more than £3.3 million worth of stock ‘stolen off the back of lorries’ each year, a court heard.

The astonishing figure emerged after three DHL workers were caught red-handed near Heathrow pilfering thousands of pounds worth of designer jewellery belonging to the flag carrying airline.

She was following a DHL lorry when she saw Donald Marklew emerge and hand over a British Airways branded bag to his wife after the delivery lorry pulled over unexpectedly last month.

The trio were arrested after police found two BA bags, containing £5,701 of jewellery and £3,642 of perfume, in the Marklew martial home in Hounslow, west London.

Uxbridge Magistrates’ Court heard a text found on Mrs Marklew’s phone read: “Hi Amandip, do you have any Pandora?”

Donald Marklew told cops he and Morton agreed to split the profits from selling the jewellery 50:50 and that he bought the perfume from a local black market.

Amanda Marklew pleaded guilty to handling the £5,701 worth of stolen jewellery.

Her husband and Morton, of Hounslow, west London, both admitted theft by finding of the jewellery.

Donald Marklew also admitted handling the stolen perfume after saying he bought it for £600 from a “Polish man” in Hounslow Street Market claiming he was friends with an employee at Heathrow airport.

“The theft off retail lorries is £276,222 theft per month, resulting in a huge loss to BA.
“On September 6 at approximately 8.45am a logistics manager for DHL found herself behind a lorry for DHL.”

Miss Smith said the unnamed manager saw the lorry stop in the road and recognised Donald Marklew hand over a “red BA bag” to his wife waiting in a blue BMW.

The prosecutor said the bag was usually used to transport in-flight headphones for BA flights.

She added: “The witness saw Mrs Marklew in the car and she knew Mrs Marklew as again they worked for the same company previously.”

The wife admitted the theft and pointed officers to another bag of stolen BA goods when she was arrested at her home that day.

The prosecutor said an arresting officer who seized her phone saw a text on its screen which say: “Hi Amandip, do you have any Pandora?”

Donald Marklew and his wife made full admissions in police interview but Morton only denied his crimes after they were arrested at work later that day.

Miss Smith said he told cops he found the jewellery in the lorry and: “Between him and Mr Morton they denied to keep the bag and split the items 50:50.

“He bought the perfume from Hounslow Heath market – from a Polish man who said he has a friend who works at the airport.”

Defence barrister Francesca Kirby said of Amandip Marklew: “She performed limited functions under the direction of her husband.

“In relation to Mr Marklew, ideally he would like the matter to be deal with in magistrates court.”

Gurmit Dillon, for Morton, made no representations.

Magistrates chairman Kamaran Zubair said: “All offences and all defendants should be sent to crown court for sentence.”

The trio were released on unconditional bail to appear for sentencing at Isleworth Crown Court next month.