"Such gross hypocrisy - after all the pledges that ministers would stand up for high standards in food, farming & animal protection - now they’re trying to avoid a vote on it tomorrow."

The Government appear to be trying to find a way to block Parliament over a vote on food imports post-Brexit, reports the Independent.

The news comes as Liz Truss recently rebuffed fresh calls to guarantee in law all UK farming standards, claiming such a move would disrupt trade with developing nations.

Now it is feared that new trade deals may lower food quality and animal welfare in the UK.

America is often cited as a concern over its chlorinated chicken and hormone-fed beef. The UK will need to a trade deal with the US after leaving the EU and could allow in lower quality imports of food to get the agreement over the line.

On the potential US deal Ms Truss said: “We’re absolutely clear that we’re going to stand up for our high standards in any deal we strike, including with the United States, and making sure that the high standards our farmers operate to will not be undermined.”

Her words seem to ring hollow as an obscure rule is to be used to deny MPs a crucial vote aimed at blocking imports of chlorinated chicken and hormone-fed beef.

The move to prevent debate on a key amendment expected to be backed by Tory rebels has been slammed as “unbelievable” by the peer who introduced it into the House of Lords.

Ministers will dodge the vote by arguing that giving increased powers to the new Trade and Agriculture Commission will impose an extra cost.

The Government is to argue that goes beyond the powers of the House of Lords and so refuse a money resolution. This will prevent the amendment to the Agriculture Bill being called.

Caroline Lucas MP Tweeted: “Such gross hypocrisy – after all the pledges that ministers would stand up for high standards in food, farming & animal protection – now they’re trying to avoid a vote on it tomorrow – here’s hoping some backbench Tories rebel too #AgricultureBill.”

Another tweeted” “In plain English: – USA has forced us to consider importing their chlorinated chicken and hormone-fed beef – UK is too weak to resist – MPs will be denied a chance to debate & vote.”

Another user questioned why the Government would do this: “Having repeatedly denied they will not allow chlorinated chicken & other disgusting food imports to happen, Gov’t denies MP’s the opportunity to vote to block precisely that happening! Now, why would Gov’t do that?” 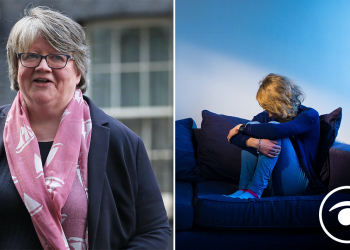