A newsagents in Stonehaven said it will no longer stock the Sun following its distasteful coverage of the incident. 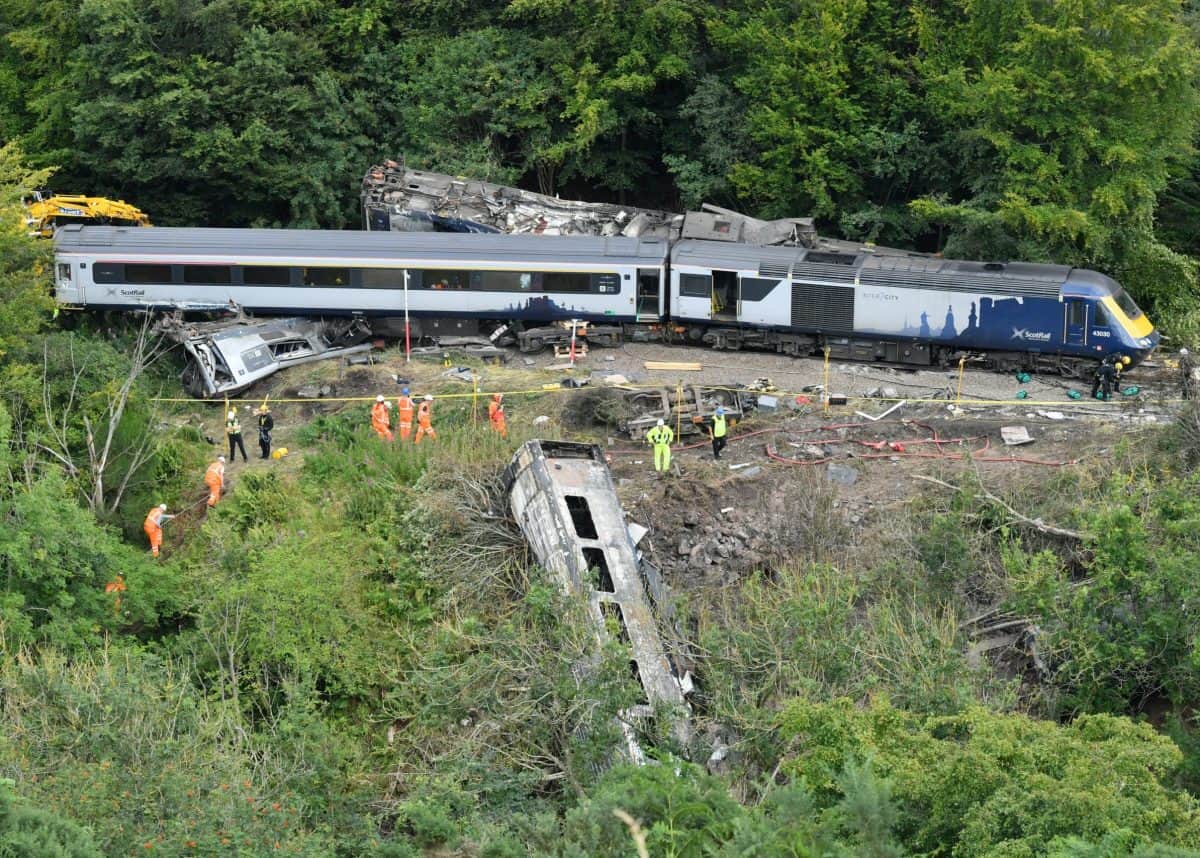 The hashtag #boycottthesun has been trending on Twitter following its distasteful front page coverage of the Stonehaven train derailment.

Tributes poured in for the train driver and conductor killed in the Aberdeenshire train crash which also claimed the life of one passenger.

The family of driver Brett McCullough, 45, said he was “the most decent and loving human being we have ever known”.

But The Sun took a different tack on its front page on Thursday, printing a picture of the train driver next to the headline “Death Express” in a move that has been described as “disgusting” by social media users.

This is a disgusting headline. It was a tragic accident. How dare they glorify it! #BoycottTheSun #BoycottTheScum pic.twitter.com/wiupAPMIIF

According to one social media user there is “a lot of anger in Aberdeen” at the front cover of the rail tragedy, while others called the red top “a disgrace”.

How the hell are they still running? Absolute scum of the earth and a disgrace #boycottthesun pic.twitter.com/f1LNCfdiUv

One shop in Stonehaven said it will no longer stock the newspaper following its coverage of the event.