In an eve of election interview, Johnson was confronted about the occasion he scoffed about “tank-topped bum boys” in an article about Labour MP Peter Mandelson at a time when his sexuality was still not publicly known. 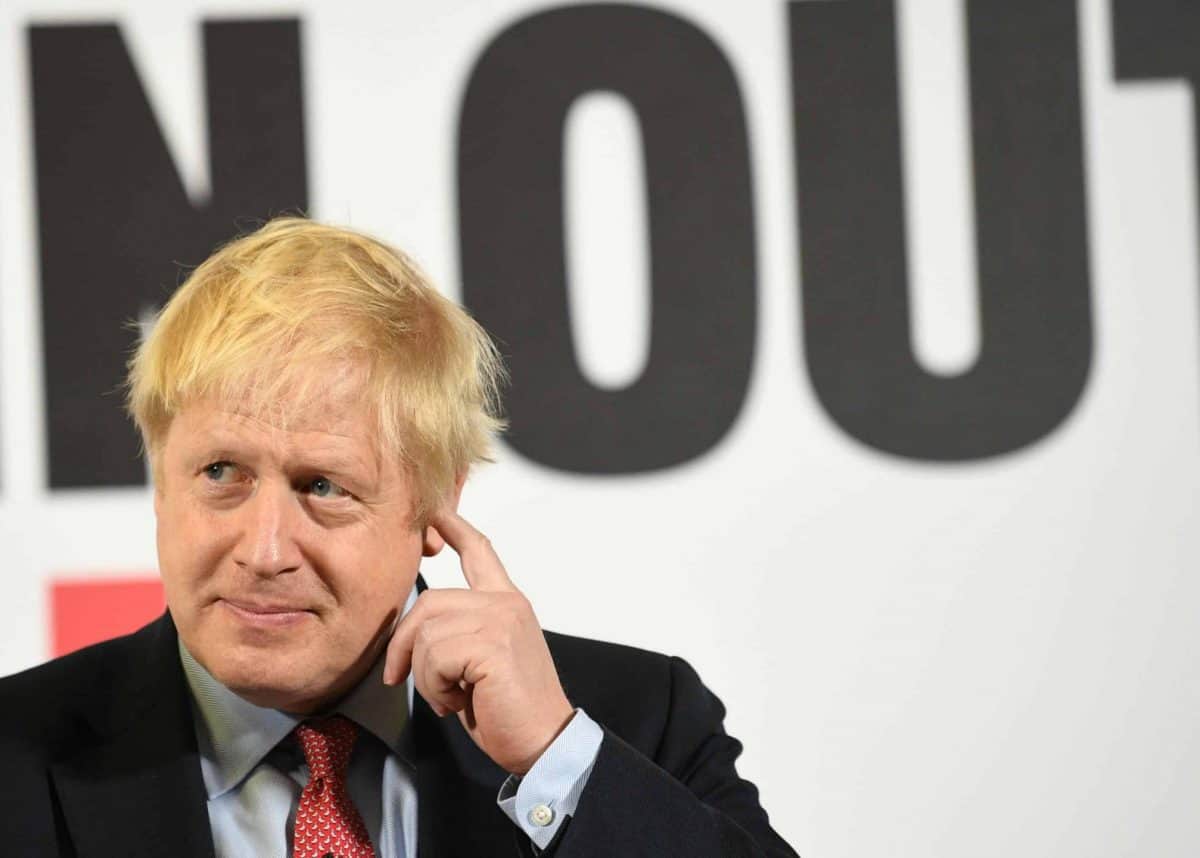 In an eve of election interview with the Pink Paper, Boris Johnson again refused to apologise for having used incredibly offensive language.

The Conservative Party leader used the same excuse he has trotted out throughout the election campaign for using racist language -slurs like “piccaninnies” and “puffing coolies” to calling Muslim women “bankrollers’’ and “letterboxes” leading to a spike in attacks on them – to calling working class people “feckless” and “unemployed” and disparaging working single mothers and their children too – though the PM still refuses to say how many of those he is responsible for.

The Prime Minister again used the excuse of using lots of words as if that is an excuse for using racist, misogynist or homophobic words, or words that reveal a contempt for working class people.

The Pink Paper confronted Johnson about the occasion he scoffed about “tank-topped bum boys” in an article about Labour MP Peter Mandelson at a time when his sexuality was still not publicly known.

Boris Johnson insisted he wasn’t a homophobe, but refused to apologise for his use of homophobic slurs in the past.

“I’ve written many millions of words in my time as a journalist, and I’ve never intended to cause hurt or pain to anybody,” he told the publication.

Last month Chris Philp, the Tory candidate for Croydon South, defended his party leader’s notorious comment, saying it was “free speech” and he personally was not offended because he wasn’t gay.

In an interview with Eddie Mair on LBC, he called Johnson’s use of the phrase “colourful language”, adding he was not prepared “to give a running commentary” on his bosses’ statements. “How offensive would Boris Johnson have to be before you said don’t say it,” Eddie Mair had asked.

“I personally wouldn’t, no, but I’m not going to tell Boris what words he should use” the Conservative MP admitted. “Why because he’s your boss?” responded Mair.

Other unearthed articles have revealed Johnson scoffing at Brits’ commitment that the NHS is free and claiming young people had “an almost Nigerian interest in money”.

In Johnson’s 2004 novel Seventy-Two Virgins: A Comedy of Errors there are accusations that oligarchs“of Jewish origin”  run the media and are able to fiddle a vote; mixed race people called “half-caste”; travellers described as “pikeys”; someone is “stupid because he is a coon” and a traffic warden working in Westminster as a “hunter-gatherer” because he is an African immigrant, as well as the use of the “n” word.

Former Conservative Party Chair Baroness Warsi recently warned Johnson’s racist and homophobic words “have consequences” and “are not fitting for a Prime Minister of this country.” And somehow he has got away with Tories suspended over antisemitism standing as Conservative candidates in the election on Thursday with little scrutiny in the media.

The interview in the Pink Paper also quizzed Boris Johnson about why the Conservative Party has not banned the controversial practice of conversion therapy after the EU called for a ban in 2018.

Conversion therapies involve all kind of quackery that can be dangerous and traumatising and claim to change people’s sexuality or gender identity.

Boris Johnson promised the Pin Paper that the Conservative Party would ban the practice, a commitment the other main parties have made too.

He insisted: “We will support marginalised communities in the developing world, hosting the UK government’s first ever international LGBT+ conference. We remain committed to the LGBT+ Action Plan, including ending the practice of gay conversion therapy.”