Boris Johnson has been dubbed a “f****** disgrace” by a senior Conservative MP, according to Channel 4’s political correspondent Michael Crick. The Foreign Secretary has once again found himself in hot water after a colossal blunder in the Nazanin Zaghari-Ratcliffe case. The British mum is being held in an Iranian prison following accusations by the Iranian Revolutionary […]

Boris Johnson has been dubbed a “f****** disgrace” by a senior Conservative MP, according to Channel 4’s political correspondent Michael Crick.

The Foreign Secretary has once again found himself in hot water after a colossal blunder in the Nazanin Zaghari-Ratcliffe case.

And she now may have her prison sentence extended thanks to a mistaken statement made by Boris Johnson who told a House of Commons Committee that she was teaching journalism in Iran – a gaffe that her family, employer and campaigners immediately pointed out. – But a blunder that has now left the mum of a three year old facing another five years in an Iranian jail as she has been told that teaching journalism would count as anti-government propaganda.

Calls for the MP to resign have come following the incident, including from one Conservative MP who also branded the eccentric front bencher a “f****** disgrace”.

Senior Conservative MP: “Boris is an f****** disgrace & if he had an ounce of integrity – which he doesn’t – he’d have walked immediately.”

“A job like this where your words have gravity and and your actions consequences is simply not the job for him,” Shadow Foreign Secretary Emily Thornberry told the House of Commons, saying what clearly many fellow parliamentarians think. And Thornberry called on Johnson to apologise to Nazanin Zaghari-Ratcliffe for the “distress and anguish” that “his foolish words have caused.”

But Boris Johnson retorted: “in seeking to score political points she is deflecting blame from those truly responsible… and that is the Iranian regime.” The Foreign Secretary refused to admit he had made an error endangering the London mother who was detained returning from a holiday visiting family in Iran, though he told MP’s “I accept my remarks could have been clearer.”

He again refused to apologise to the family or employers of Nazanin Zaghari-Ratcliffe, but conceded: “of course I’m sorry if any words of mine have been so taken out of context … as to cause any anxiety to the family.”

He was forced for the first time to say that he would visit Iran in the coming weeks.

But parliamentary colleagues and commentators rounded on the gaffe-prone foreign secretary, pointing out the barefaced cheek of his denial of having dropped the British mum in it: 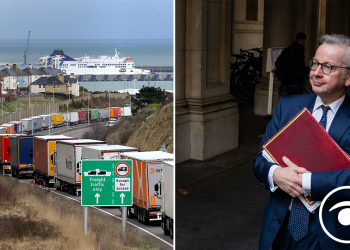