Millions get plunged into extreme poverty as the world's richest see their wealth climb 27.5 per cent during the pandemic - to a whopping £7.9 trillion. 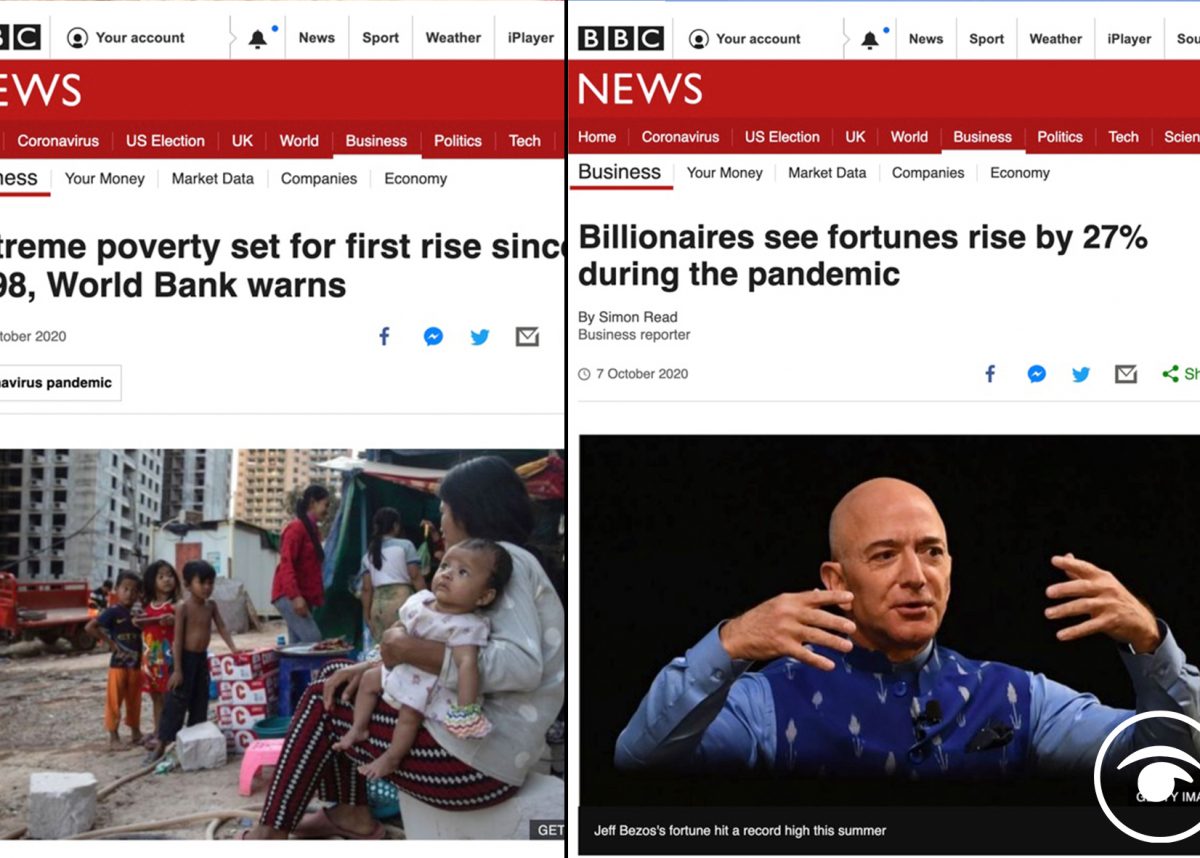 Two BBC headlines posted within hours of each other gave a clear demonstration of where the world has gone wrong this week, with millions of people plunged into extreme poverty as billionaire fortunes grow.

The World Bank has warned that the number of people exposed to severe deprivation of basic human needs is set to rise this year for the first time in more than two decades as the pandemic compounds the forces of conflict and climate change.

Before the pandemic struck, the extreme poverty rate was expected to drop to 7.9 per cent in 2020, but now it is likely to rise to between 9.1 per cent and 9.4 per cent of the world’s population.

World Bank Group president David Malpass described the reverse as a “serious setback”, warning that countries will need to prepare for a different economy post-Covid.

Such concerns, however, are not shared by the most well-off in society, who have seen their fortunes grow during the pandemic.

A report from Swiss bank UBS, which coincidentally coincided with World Bank data, showed that billionaires have seen their fortunes hit record highs, with top executives from technology and industry earning the most.

The world’s richest saw their wealth climb 27.5 per cent to $10.2 trillion (£7.9 trillion) from April to July this year, according to a report from Swiss bank UBS.

That was up from the previous peak of $8.9 trillion at the end of 2017 and largely due to rising global share prices.