Researchers found that the animals that were ill spent less time near others, associated with fewer group mates and were less socially connected to those that were healthy. 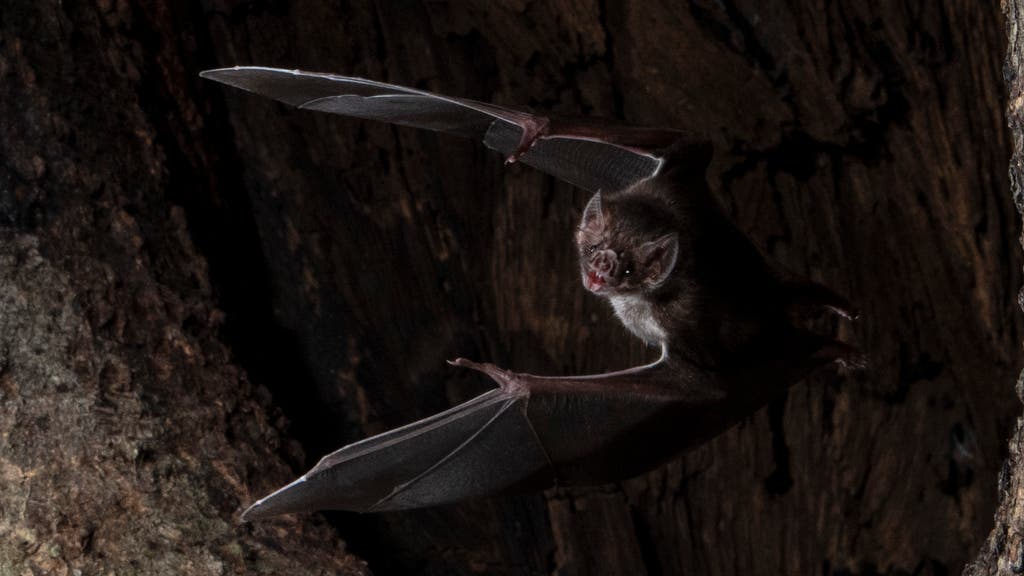 Wild vampire bats socially distance when they are sick, a new study suggests.

Scientists had previously seen this behaviour in lab conditions, but wanted to find out if it occurred in the wild.

The researchers captured 31 adult female vampire bats from a hollow tree in Lamanai, Belize. The team injected half the bats with lipopolysaccharide, an immune-challenging substance, to make them sick while the other half received saline injections.

The researchers then glued proximity sensors to the bats and released them back into their tree.

The team tracked changes over time in the associations among the 16 sick bats and 15 control bats.

The researchers found that the animals that were ill spent less time near others, associated with fewer group mates and were less socially connected to those that were healthy.

The study, published in Behavioural Ecology, found that in the six hours after injection, a sick bat associated on average with four fewer associates than a bat that had been injected with saline.

They also found that these differences declined after the first six hours and when the bats were sleeping or foraging outside.

The study’s lead author, Simon Ripperger, from the department of ecology, evolution, and organismal biology, at the Ohio State University, said: “The sensors gave us an amazing new window into how the social behaviour of these bats changed from hour to hour and even minute to minute during the course of the day and night, even while they are hidden in the darkness of a hollow tree.

“We’ve gone from collecting data every day to every few seconds.”