Jean and Michael Kelly, along with their daughter and her partner, subjected their victims to appalling abuse and violence

A Coventry family who imprisoned a vulnerable mother and her daughter and used them as domestic slaves have been jailed for nearly 50 years in a shocking case brought under the Modern Slavery Act.

The two victims were subjected to “sadistic” violence during their ordeal and were forced to eat dry pasta or scrape leftovers from the bin as they were so hungry.

The two women were held captive at a flat in Tile Hill, and another in Wyken, for five weeks in January and February 2016 before an anonymous tip-off led to them being rescued by police.

A wheelchair-bound gran who forced her vulnerable neighbours to work as slaves and beat them with a baseball bat nicknamed ‘Bob’ was the ringleader the court heard. She has been jailed for 14 years.

Evil Jean Kelly, 53, subjected the mum and daughter to “an utterly barbaric” campaign of abuse during which they were force fed uncooked pasta and horrifically beaten.

The victims aged 45 and 27, were only paid with one cigarette each night after being made to do chores for the cruel gran.

A court heard when Ms Jenkins was found she was in a severely malnourished state having resorted to eating scraps of food from the bin at the property in Coventry.

She was kept as a slave and forced to sleep on the floor at a flat where the Kelly’s daughter Anastasia Hitt, 25, lived with her partner Ian Healy, 29, and their baby.

Her mum was kept prisoner by Kelly along with her husband Michael, 43, at their home
and both were made to clean their flats, change a baby’s nappies and feed their dog.

Mrs Kelly, described as the “ringleader” of the abuse, was found guilty of two charges under the Modern Slavery Act after a trial at Warwick Crown Court in September.

Sentencing, Judge Anthony Potter said: “Jean Kelly – I have to sentence you in respect of eight offences.

“They reflect the extensive evidence the jury had heard of the constant bullying, belittling and abuse you carried out.”

He explained that the defendants were well aware that the women had learning difficulties:

“You treated them in an utterly barbaric manner with your daughter, her partner and your partner.

“The fact human beings can be treated like this in the UK by other members of a civilised society in the 21 century is profoundly shocking.”

Mrs Kelly befriended the victims, who suffered from learning difficulties, in early 2017 before imprisoning them and restricting their access to heat and food.

The court heard how Mrs Kelly “appeared to glory in their suffering” and and would try to justify the beatings.

The judge added: “It was obvious to you that Karen was vulnerable. Both her and her mother suffered from cognitive impairment.

“Karen attended a special school and had obvious difficulties with reading and writing, and her mother suffered from similar difficulties.

”You decided you were dealing with someone who could be manipulated.

“When both women were eventually freed, Kate was found to be suffering from malnutrition.

“There was a real concern that if she was fed in the ordinary way, her body would not be capable of digesting food.

“You accused Karen of stealing from you – you sought to justify your brutal treatment of her, that she in some way needed to be punished.

“She was by that stage so desperate to agree with you to avoid any further beatings that she simply admitted to thieving in the hope you would treat her better.

“She was cruelly mistaken in the way she could expect you to behave.

“Following a baseball bat assault you carried out on Karen, you showed complete lack of remorse when you were told of her injuries.

“You were told she was bleeding from her ear and you said you couldn’t care less.

“You gave your baseball bat a nickname – ‘Bob’ – which you laughingly referred to.

“Your treatment of Karen and Kate has had a long-standing effect on both of them.

“She lived in a women’s refuge and then a hotel for five months, before new accommodation was found for her.

“She says she has been changed as a person. It has had a real and lasting effect on her life.

“The effect on Karen is similar.

“She moved to Shropshire and since to north of England to get away from the pain you caused her.

“She suffers from epileptic fits and has problems sleeping. She says you have ruined her life.”

The court heard Mrs Kelly was previously jailed for 18 months in 2014 for abusing her step-brother by beating him with crutches and pouring boiling water on him.

The judge added: “Like Kate and Karen, he was vulnerable because of his learning difficulties.

“He suffered accusations of stealing, he was hit with crutches and subject to an assault with boiling water.

“You were sentenced to 18 months imprisonment.

“It demonstrates a sustained interest by you in taking advantage of those with learning difficulties and maltreating them.” 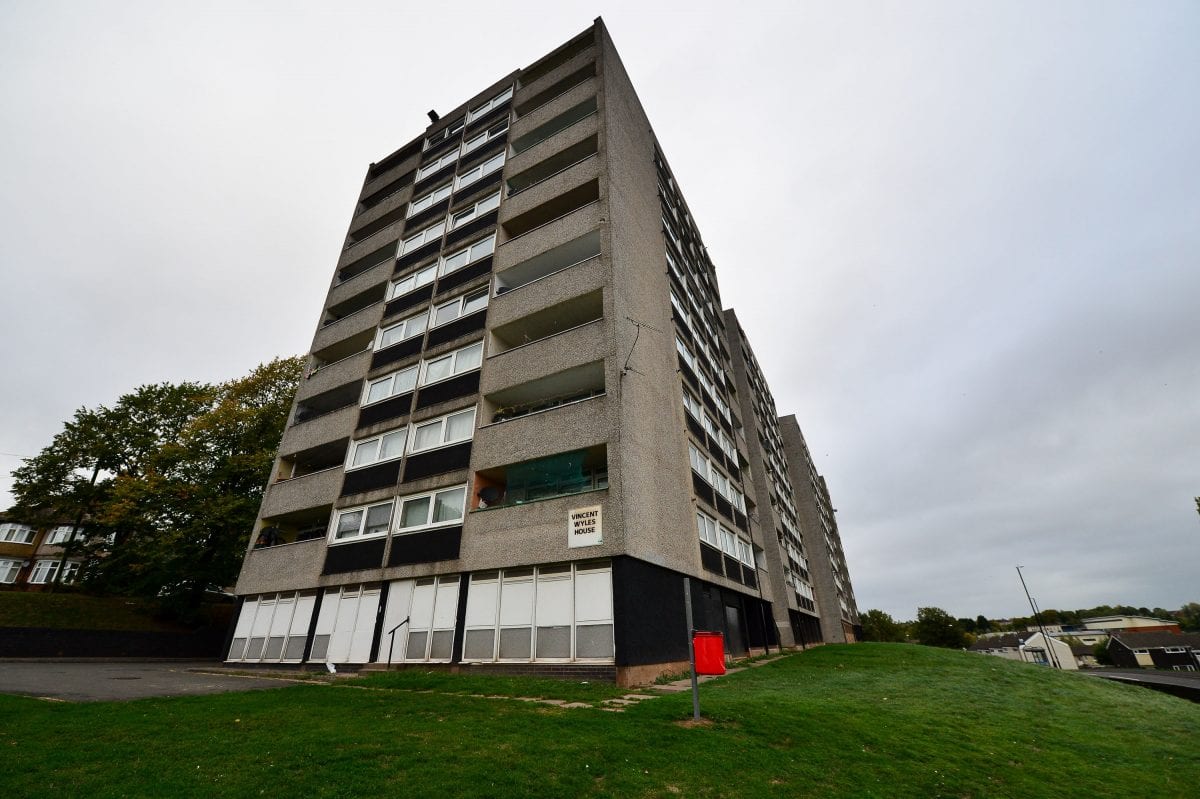 The court heard some of the strongest evidence of the women’s ordeals was unwittingly provided by Hitt herself – because she had an app on her phone which recorded all conversations.

In one recording, they discussed Miss Jenkins being “locked in,” and Hitt complained about her speaking to a social worker through the letterbox.

The victims were finally saved when police received an anonymous tip-off and they raided the flats where the women were being kept.

Her mum was also found with two fractures to her back, two broken ribs, and bruises all over her face.

Mr Kelly, Hitt and Healy, all admitted assault and falsely imprisoning the mother, with the two men also pleading guilty to inflicting grievous bodily harm on her and her daughter with intent, and Hitt admitted imprisoning the daughter, keeping her in a state of forced labour.

Michael Kelly, 43, also of Ferrers Close, was jailed for 14 years, as was Healy, 28, of Vincent Wyles House, Wyken,

Hitt, 25, also of Vincent Wyles House, was sentenced to four years and six months behind bars.