A hobbyist discovered what archaeologists believe to be the world’s oldest prosthetic limb – a 3,500-year-old hand made out of bronze and gold.

The Bronze Age hand was discovered near Lake Biel in Bern, Switzerland, and is believed to be the earliest metal body part found in Europe.

A human rib and a bronze dagger were among a haul unearthed last year at the historic site. 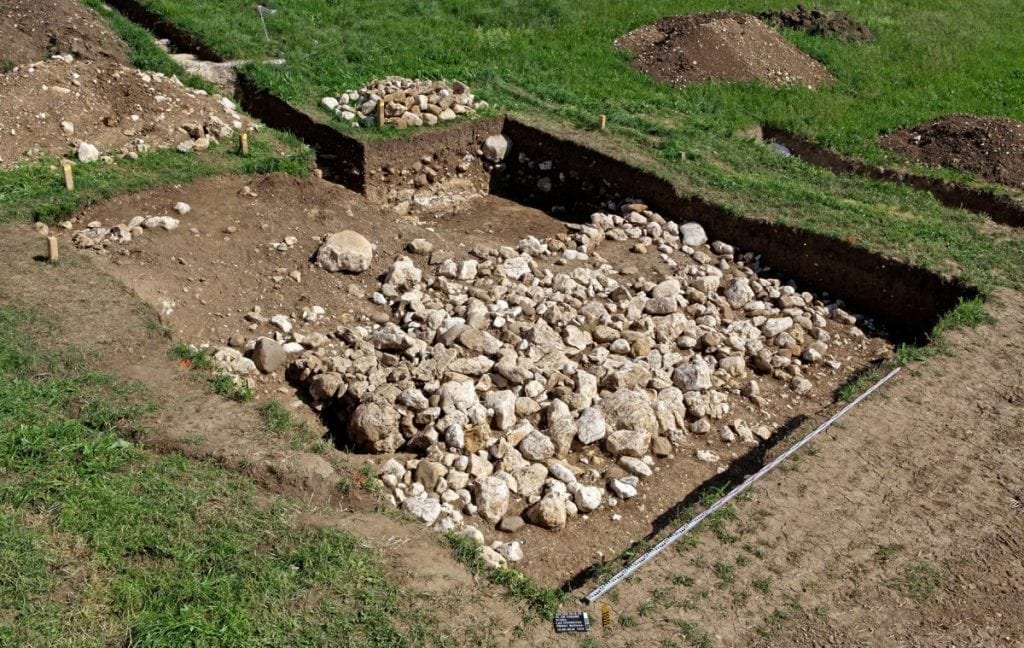 Experts were able to date the hand back to 1,500 BC thanks to a vegetable-based adhesive used to connect the hand’s gold cuff to the bronze sheath.

It was cast from more than a pound of bronze and has a gold foil cuff – made in the ‘distinctive’ style of middle-Bronze Age metal work.

The replica was found by a hobbyist with a metal detector – before being passed on to the Archaeological Service of the Canton of Bern.

This led to an excavation near the village of Prêles this year, which uncovered a middle-aged male skeleton and bronze fingers from the hand. 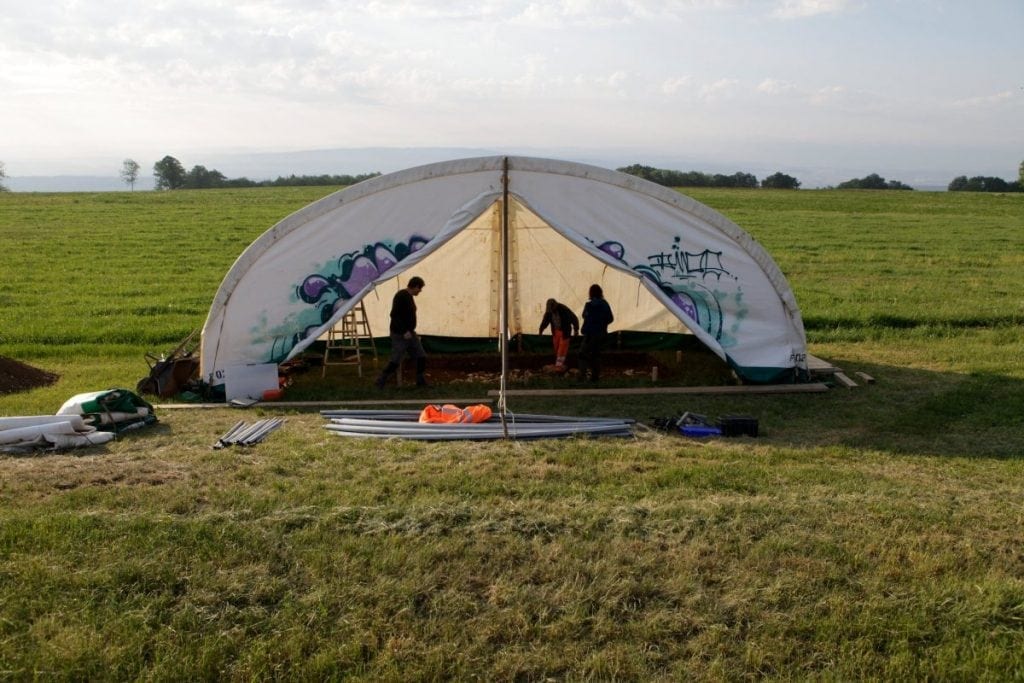 Metal objects in Bronze Age burials are rare, and gold has almost never been found Switzerland – with this find pointing to a ritual.

Stefan Hochuli, head of the Department of Monument Preservation and Archaeology in the nearby Swiss canton of Zug, claims the find is a first for Europe.

He said: “The fact that we know of thousands of Bronze Age graves and have never found anything like this shows it’s pretty special.”

The skeleton was deliberately buried on top of a structure, singling the man out as a person of ‘great importance’ in his society. 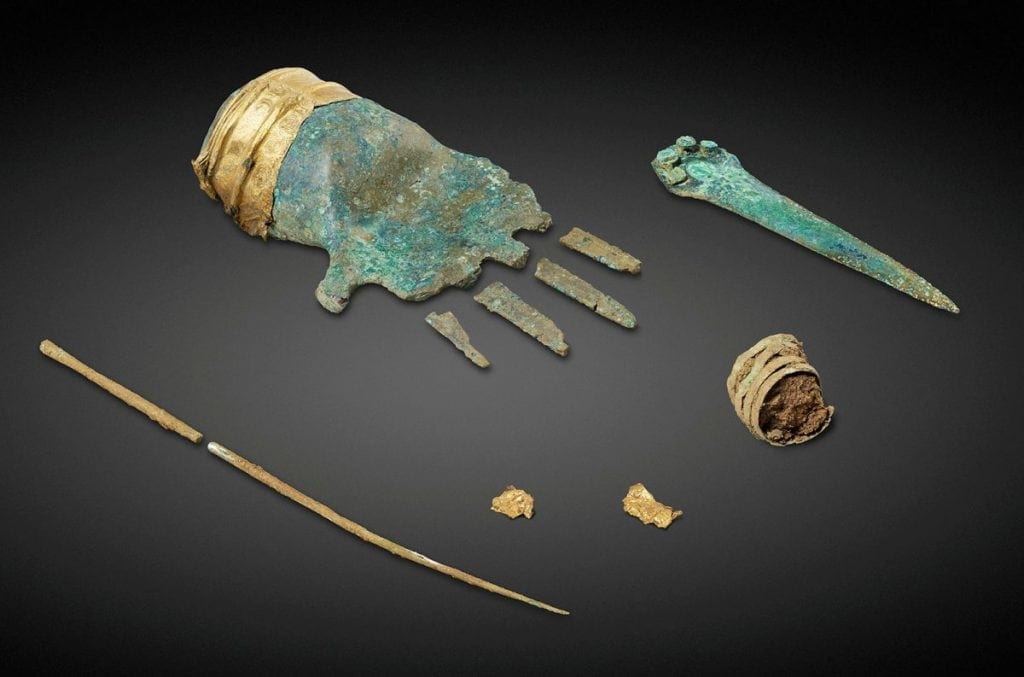 Experts are undecided if the hand was locally made or whether it was a ‘rare and expensive’ import to the lake.

Researchers from Germany and France were consulted by Swiss experts – and they know of nothing similar found in their countries either.

Assessing the find, it is claimed the gold cuff signals societal elite, or perhaps even a representation of a deity. 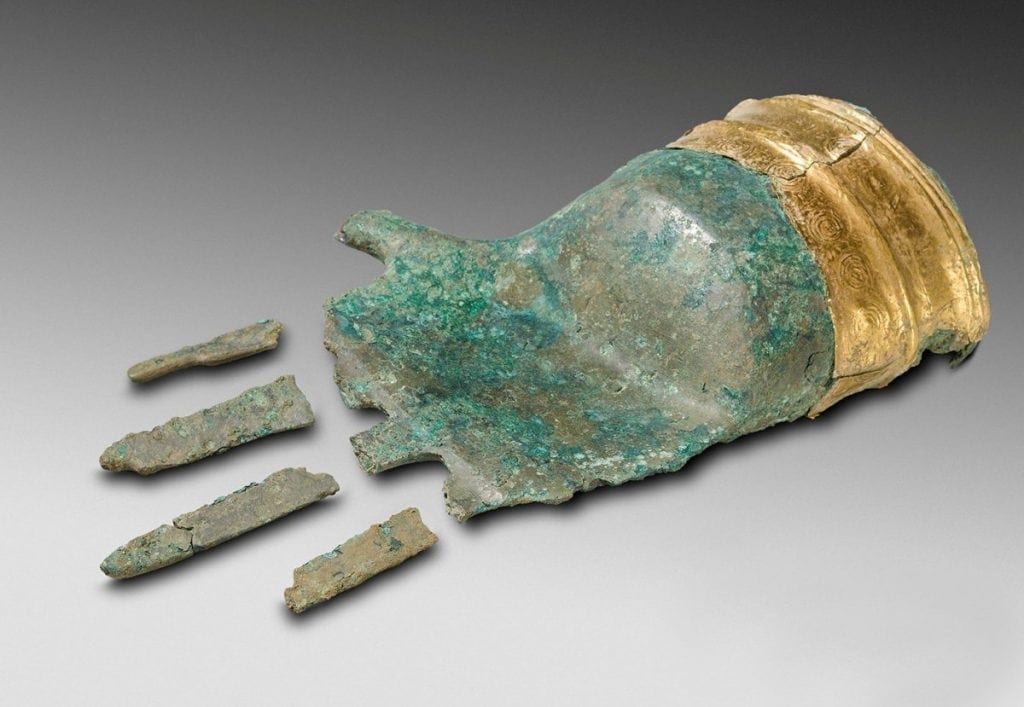 While the hollow cast of the bronze with a socket inside indicates it was originally mounted on a long, slender object like a stake or scepter.

The hand is now on display at the Neues Museum Biel until October 14, where it will be removed for further study into its mystery.