“We’ve seen in the past that the sudden collapse of ice shelves can trigger rapid acceleration of the glaciers that flow into them, and, in turn, sea-level rise." 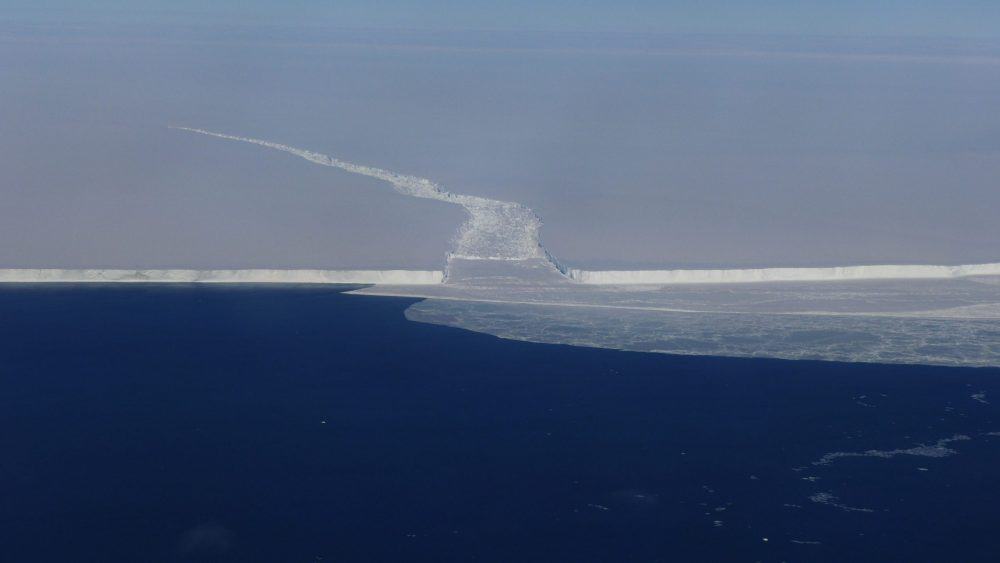 A platform of ice surrounding Antarctica which is nearly four times the size of the UK is at risk of collapse, according to a new study.

It suggests that more than 350,000 square miles of floating ice shelves could split if fractures on their surface are submerged due to the effects of climate change.

Such a sudden loss of the supportive structures could raise sea levels around the world – with previous studies suggesting they could rise by a metre by the year 2100.

A team involving geoscientists from the University of Edinburgh used a process called hydrofracturing to analyse satellite images of the area.

Dr Martin Wearing, of the university’s School of GeoSciences, was among those taking part in the study.

He said: “We’ve seen in the past that the sudden collapse of ice shelves can trigger rapid acceleration of the glaciers that flow into them, and, in turn, sea-level rise.

“We have found that stresses within vast sections of Antarctica’s ice shelves are sufficiently large that they could collapse if, as climate models predict, surface melting increases substantially in coming years.

“We hope our use of machine learning is a first step towards further applications of AI (artificial intelligence) in the analysis of the ever-growing quantity of data from the polar regions.”

The findings suggest around 60% of the ice-shelf area supporting the main sheet is vulnerable.

Increased surface melting from the weight of the water could enlarge fractures in these sections, according to the team.

The study, published in the journal Nature, was led by researchers from Columbia University in the US.

It also involved Utrecht University and Google, with the work supported by the National Science Foundation and the Dutch Research Council.