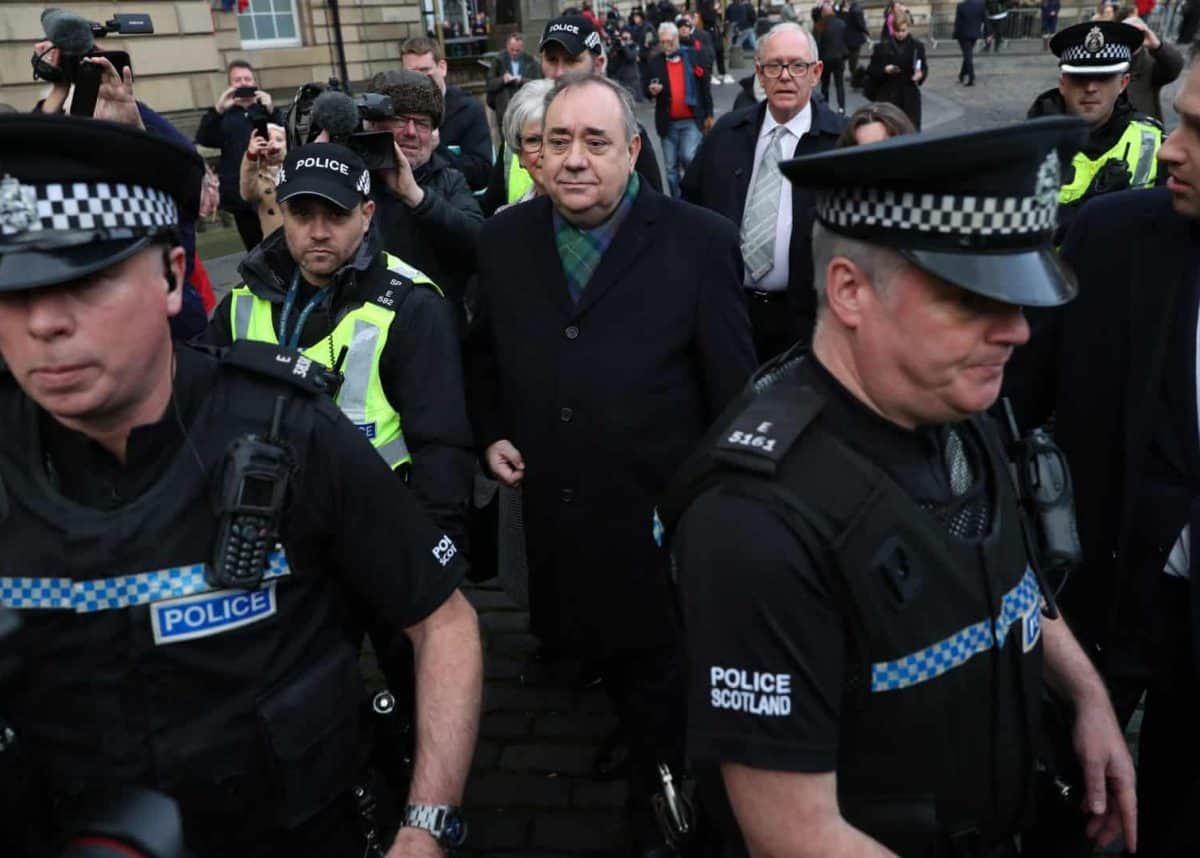 The procedural hearing at the High Court in Edinburgh follows a previous court appearance in November, when he denied all 14 charges.

A trial date has been set for March.

Salmond is accused of attempting to rape a woman at Bute House, the official residence of the first minister of Scotland, during the independence referendum campaign.

Court papers allege he placed her legs over his, repeatedly kissed her face and neck, groped her then blocked her path.

He is then alleged to have pinned her against a wall, pulled at her clothes and stripped himself naked before trying to rape her on a bed.

The former MP and MSP is also accused of sexually assaulting a woman with intent to rape in December 2013.

He is alleged to have forced a woman to lie on his bed at Bute House, lay on top of her, groped her, struggled with her and pulled up her dress with intent to rape her.

Both incidents were said to have taken place between the date of the Edinburgh Agreement in 2012 and the day of the independence vote in September 2014.

Overall, the charges span from June 29 2008 to November 11 2014 – two months after he stepped down as first minister and SNP leader.

The first of the charges accuses Salmond, who became first minister in 2007, of indecently assaulting a woman by allegedly kissing her mouth and groping her on various occasions around Glasgow between June 29 and July 24 2008.

It is further alleged he sexually assaulted a woman on various occasions between May 2011 and June 2013 at the Scottish Parliament, Bute House and elsewhere by touching her bottom and stroking other parts of her body.

He is also accused of taking off a woman’s shoe and trying to kiss her foot in October 2013.

The indictment states that in September 2014, the month of the independence referendum, he grabbed a woman by her shoulders at Bute House, repeatedly kissed her face, tried to kiss her lips and touched her leg and face.

Several charges involve Salmond allegedly groping women, including one incident at the Ego nightclub in Edinburgh in December 2010 or 2011 and another at the Ubiquitous Chip restaurant in Glasgow in March 2012.

Speaking outside court following the hearing in November, Salmond said he was innocent and vowed to “vigorously” defend his position.

By Ben Gelblum and Laura Paterson