“BP’s net-zero commitments are full of bullsh*t. They have spent millions on rebranding before with Beyond Petroleum while extracting countless barrels of oil and committing human rights abuses in pursuit of profit." 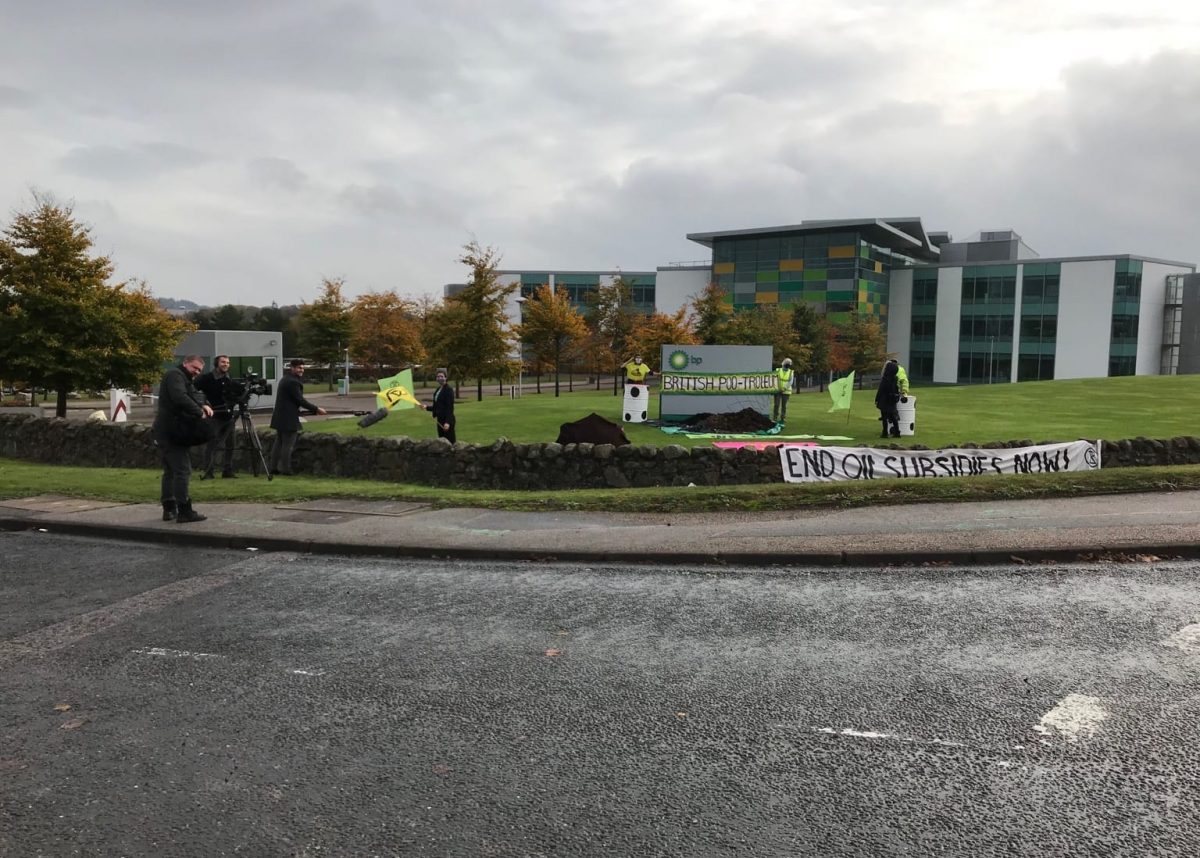 Climate campaigners have dumped manure outside BP’s office in Aberdeen, which they say reflects their view of the company’s plans for net-zero emissions in the city.

A small number of activists from Extinction Rebellion Scotland began a third week of planned action by staging the stunt outside the oil firm’s headquarters in Dyce on Tuesday.

It comes after BP signed a deal with council leaders in Aberdeen as part of efforts to cut emissions and help it become a “climate-positive city”.

Responding to the campaign action, the oil firm said its net-zero ambition was “driven by dialogue, not by stunts”.

“You wouldn’t trust a tobacco company to provide cancer care so why are our political representatives allowing the least trustworthy company to muscle in on the most pressing issue of our time?

“They are literally the last people who should be asked.

“Based on the evidence – their track record – BP will always put their profits before anything else.

“This has moved past greenwashing, this is gaslighting.”

Aberdeen is only the second city in the world after Houston in the US to join forces with the energy company in such an arrangement.

BP and the local authority will also explore hydrogen power opportunities for transport and heating, while work will take place to increase the fuel efficiency of the council’s fleets of vehicles.

But the move has been criticised by organisations including Greenpeace UK and the Scottish Greens.

“They have spent millions on rebranding before with Beyond Petroleum while extracting countless barrels of oil and committing human rights abuses in pursuit of profit.

“Their newest attempt at rebranding – their net-zero commitments – are straight out of the PR playbook.”

She added: “We know what a poorly managed transition looks like and we are heading that way in Aberdeen again.

“It’s time to get BP out of the decision-making room.

A BP spokesman said: “We arrived at our net-zero ambition and strategy through constructive dialogue with a wide range of stakeholders, including many challenging voices – this was driven by dialogue, not by stunts.

“Our strategy is clear – by the end of the decade we aim to have developed ‎around 50 gigawatts of net renewable generating capacity – a 20-fold increase.

“We also aim increase our annual low carbon investment 10-fold to around five billion dollars (£3.8 billion) and we plan to cut our oil ‎and gas production by 40%.”

He added: “Many climate leaders have welcomed this strategic pivot from international oil company to integrated energy company but we recognise that some remain sceptical and that we must demonstrate through our transformation that we are on target for net-zero by 2050 or sooner.”