"It means there's probably an infected person on every bus, several in every supermarket and many in every block of flats using the lifts." 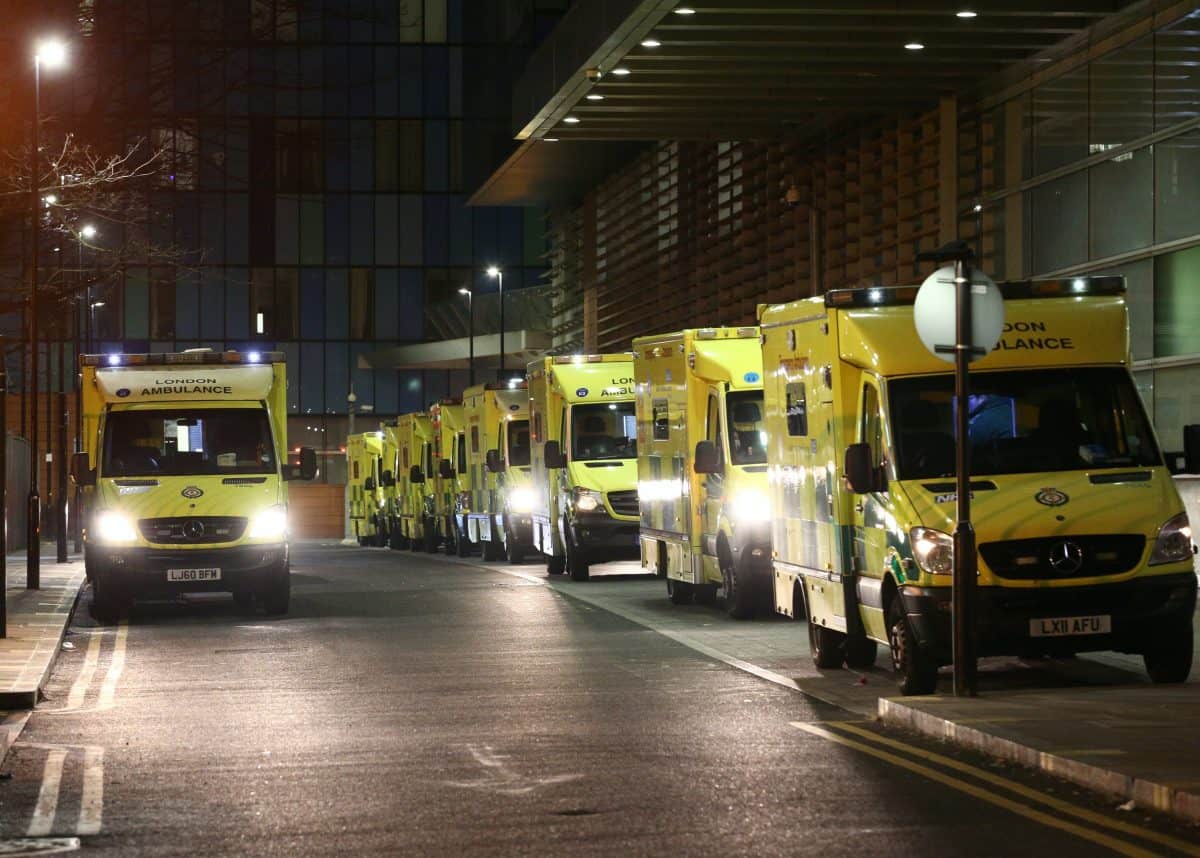 News that an estimated one in 30 people in London have been infected with Covid-19 has been described as an “utter failure” on behalf of the government.

ONS figures have revealed that an estimated one in 45 people in south east England and easter England were infected with the virus between December 27th and January 2nd, but that number goes up to one in 30 people in the capital.

Reports of ambulances queuing outside hospitals have emerged as ICU’s reach breaking point.

Last week footage on social media appeared to show emergency vehicles lined up outside the Royal London Hospital in Whitechapel and Queen’s Hospital in Romford, both in east London, when NHS Providers’ deputy chief executive Saffron Cordery warned pressure on the NHS was “rising at an unsustainable rate”.

Addressing the nation last night England’s chief medical officer Chris Whitty said Covid-19 hospitalisations across England are “rising very rapidly and, of course, we are still in the middle of winter”.

He told the Downing Street press conference that the fastest increase of the new variant is in the east of England, London and south-east, but it is “now taking off in other areas as well”.

If 1 in 30 Londoners has the disease, that means there's probably an infected person on every bus, several in every supermarket and many in every block of flats using the lifts.

Our government has utterly failed us. We are sicker and poorer because of them.

London Mayor Sadiq Khan said the latest lockdown was “inevitable” and the only way to tackle the “out of control” level of Covid-19 cases.

“I continue to call on the Government to make wearing masks mandatory outdoors when in queues, streets and other crowded spaces outside.

“To limit the risk of new variants spreading, we need more rigorous testing and quarantine rules put in place at our borders and airports.

“It is also crucial that greater financial support is provided to businesses, the self-employed and those self-isolating which is still woefully insufficient.

“Londoners have already made huge sacrifices, but once again I urge each and every Londoner to follow the rules. Stay at home, protect the NHS and help to save lives.”

Related: Struggling to breathe, virus-hit anti-masker admits: ‘I was wrong’