This is the extraordinary moment a golden eagle swooped on its prey – a DEER.

Amateur wildlife photographer Colin Black, 46, captured “once in a lifetime” spectacular series of images while he was driving through Glenshee, Scotland.

The golden eagle which has dark brown feathers, and a lighter golden nape can be seen grabbing on to the fawn’s neck as it attempts to make a get-away.

Not giving up, the young deer can be seen sprinting for its life as the eagle desperately tries to keep up.

The Scottish photographer, who could not believe his luck, said: “It was a once in a life time experience, I will probably never experience anything like that again. 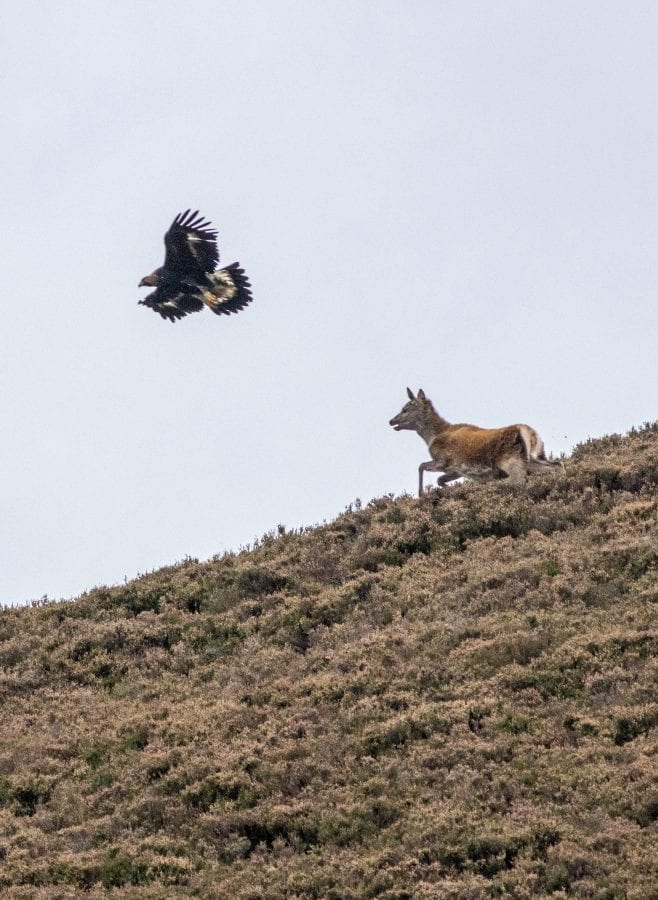 “I was out trying to photograph the stags because it is rutting season.

“But then I caught the eagle at the corner of my eye – it was in the same place where I had seen eagles before – and it was chasing this deer.

“And so I got my camera out and I start following this eagle and the deer with the my lens. 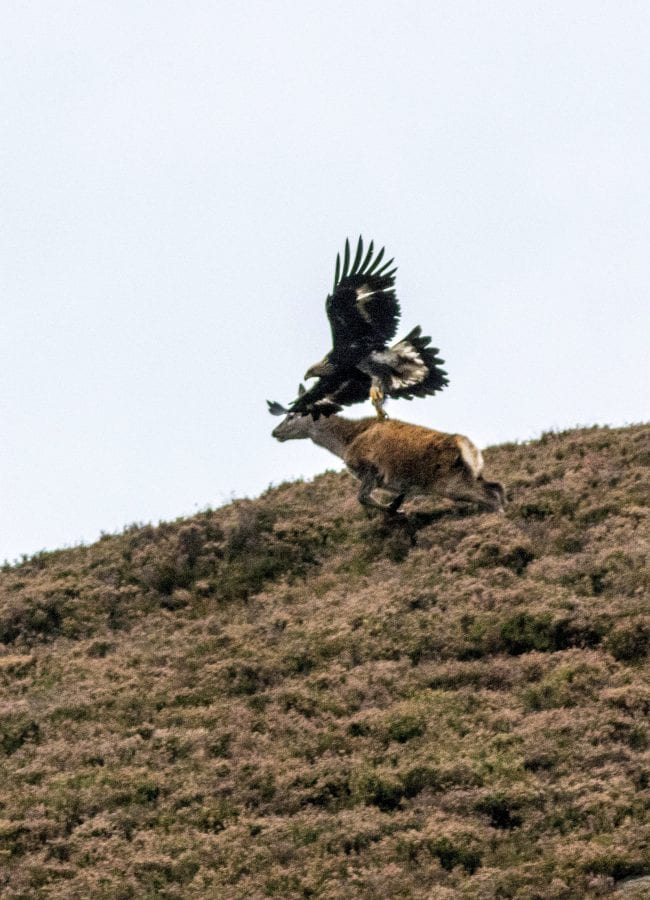 “The deer was running for a couple of minutes and then all of a sudden two more eagles came, so there were three eagles around it.”

Colin captured these snaps last Wednesday (24 Oct) morning and says he stood half a mile away the animals.

Colin, who has had a passion for photography for the last 25 years, he could eventually see the deer run into the distance. 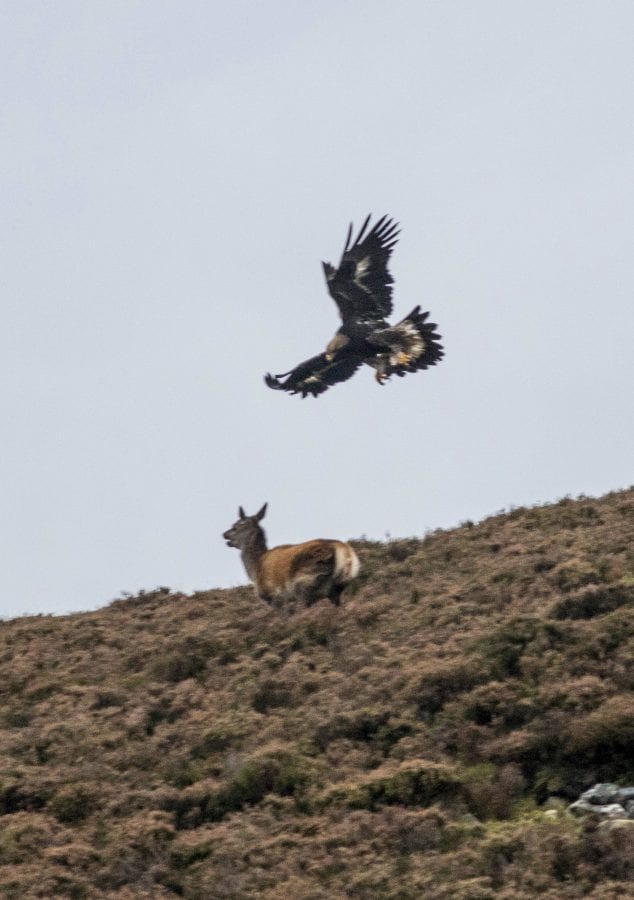 He adds: “I don’t know if the deer managed to eventually escape but one of the eagles had a big chunk of something in its claws and they started throwing the big chunks to each other.

“When you see a eagle in real life, you see how big it is and when you look in the pictures you can see it is almost the same size as the deer. 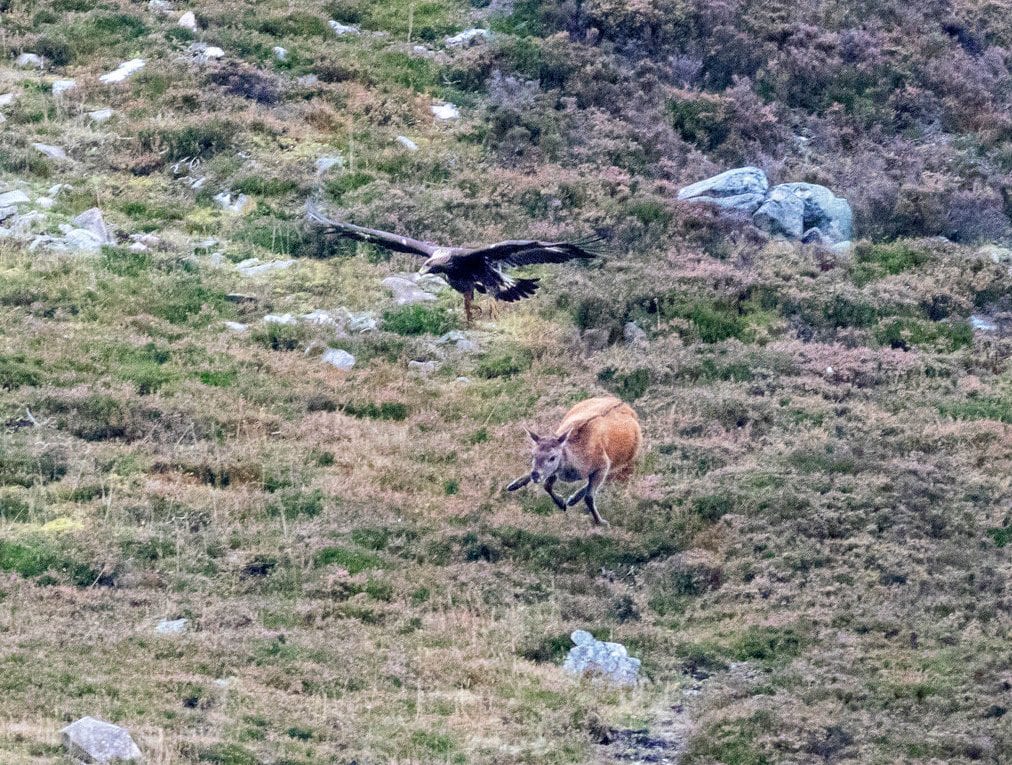 “There was no one else around and I couldn’t wait to go home and get them loaded up on the computer to have a proper look at them. 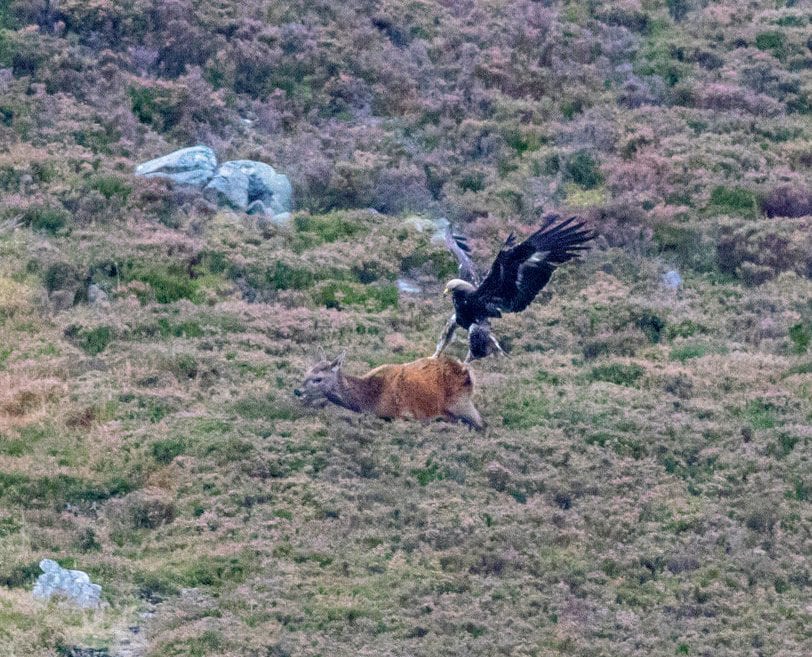 “It happened so quickly and it was also about half a mile away so I knew I had to act quickly.”