It wouldn’t be a proper World Cup without a results-predicting octopus.

And this year, there’s no need to visit a sealife centre or zoo.

Football fans at The Three Lions pub in Bedminster, Bristol, have a resident tipster dressed as an octopus predictsing the winners of each match.

Pub landlord Sean Donnelly has employed an octopus named ‘Nobtopus’, who dons the outfit each morning to predict that day’s results with a wave of his tentacles.

Presented with the flags of the two nations taking part in each game, Nobtopus will place two of his tentacles on the flag of the country he thinks will win – or crosses them in between flags to indicate a draw. 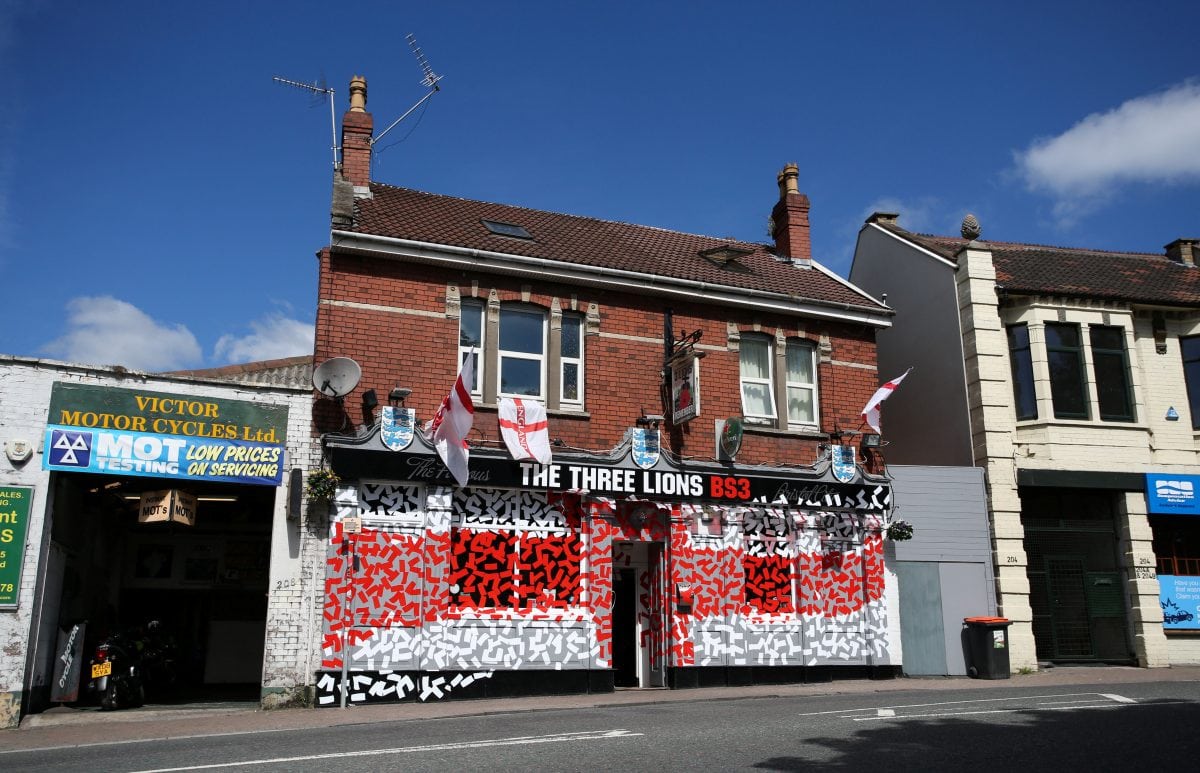 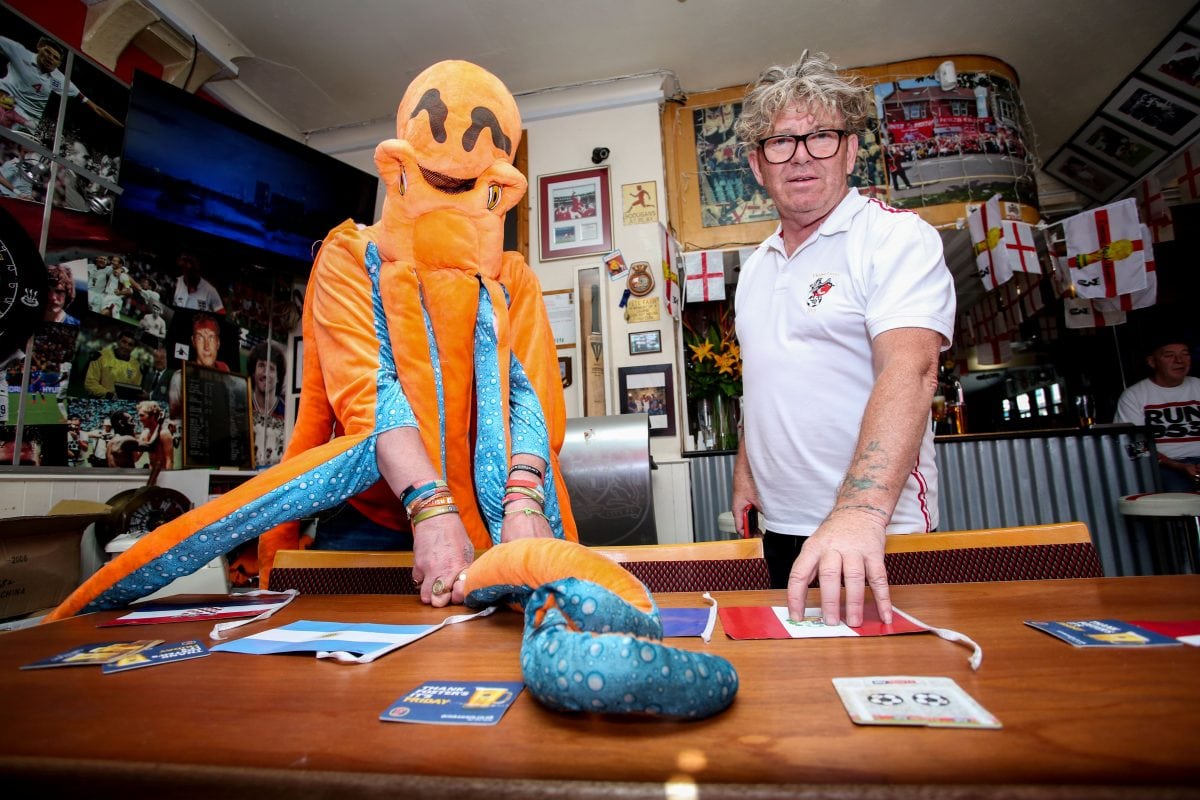 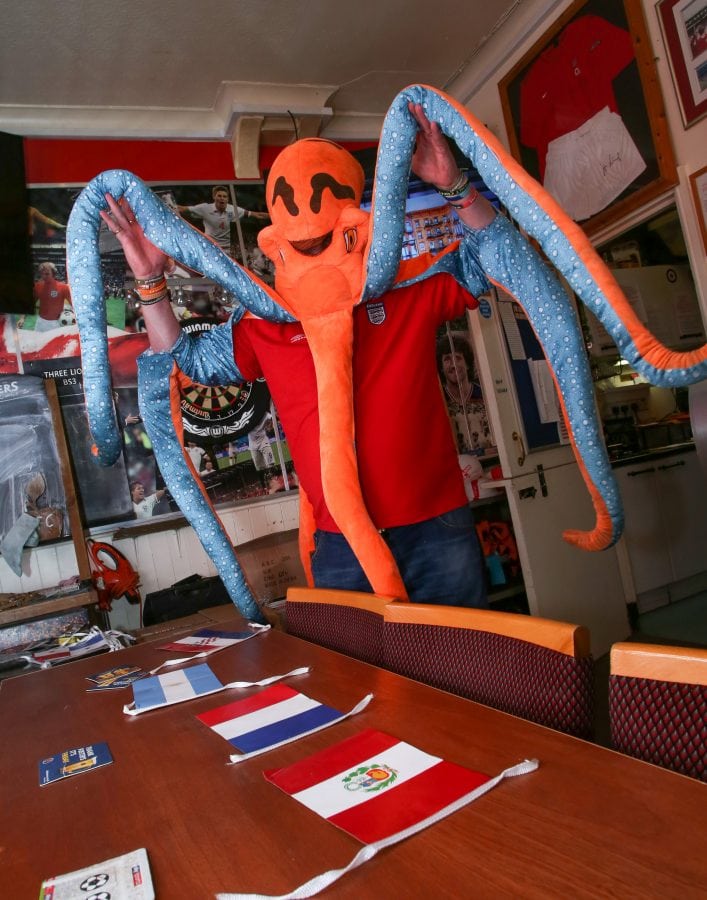 So far, the eight-tentacled mascot at The Three Lions pub in Bedminster, Bristol, has had a surprisingly high success rate.

Nobtopus has correctly predicted nine out of the 14 matches that took place between last Friday and Tuesday.

And amongst the accurate predictions made by Nobtopus have been some surprises, including Mexico’s unexpected victory over World Cup holders Germany, and Switzerland holding Brazil to a draw.

And with the patriotic pub covered with ticker-tape depicting a St George’s flag, it is no surprise that its resident octopus predicted England’s victory over Tunisia on Monday.