"I told him it didn't look like a proper sheep because it had a moustache, red lipstick and a bow on its head, but he still wanted to play with it. I couldn't think of any more reasons why not." 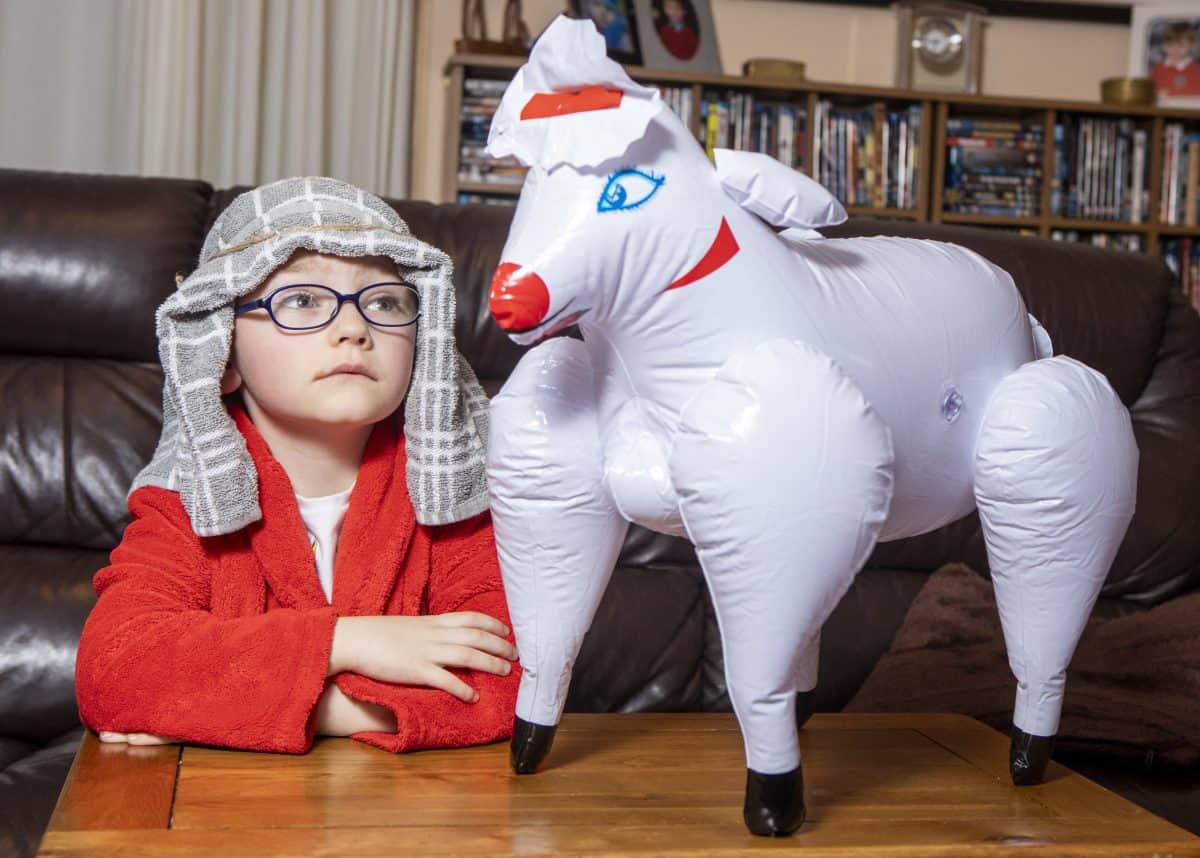 A mortified mum sent her five-year-old to his school nativity with a ‘shepherd’ costume she bought online before she realised it came — with a blow up sheep SEX DOLL.

Helen Cox bought son Alfie the £16.99 fancy dress costume on Amazon for his school nativity play and he was delighted it came with a free blow up flock.

But Helen was puzzled when a teacher told Alfie to take the sheep home – until she blew it up and found it had a huge hole in its bottom – as well as red lips and eyelashes.

Mum-of-two Helen, 46, found the exact same sheep was on sale as a ‘stag night bonkin’ sheep’ – and is now devising a way to steal it away from unaware Alfie. 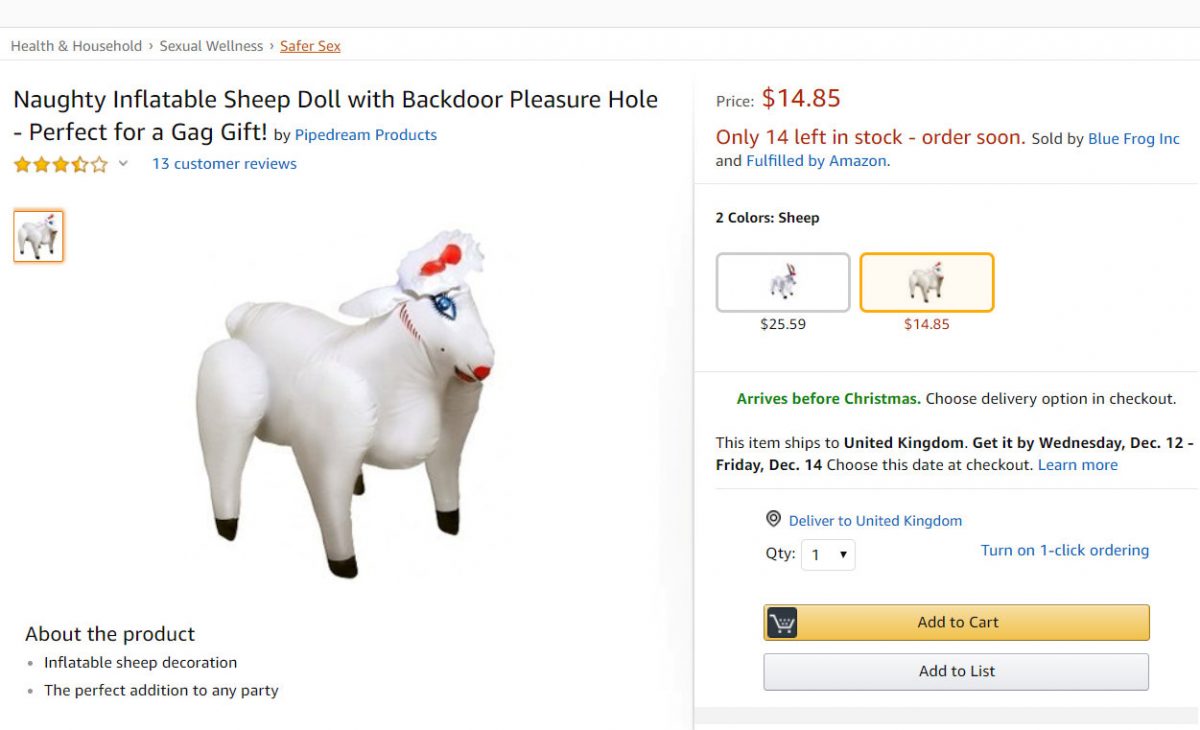 Helen, a psychology student, from Alloa, Scotland, said: “He’s probably in his room right now stuffing Lego in the hole.

“I just can’t believe it. I don’t know whether to laugh or cry! How am I going to explain this to his teachers?

“I have no idea if they’ve seen it was a sex toy and that’s why they sent it home – I’m mortified!” 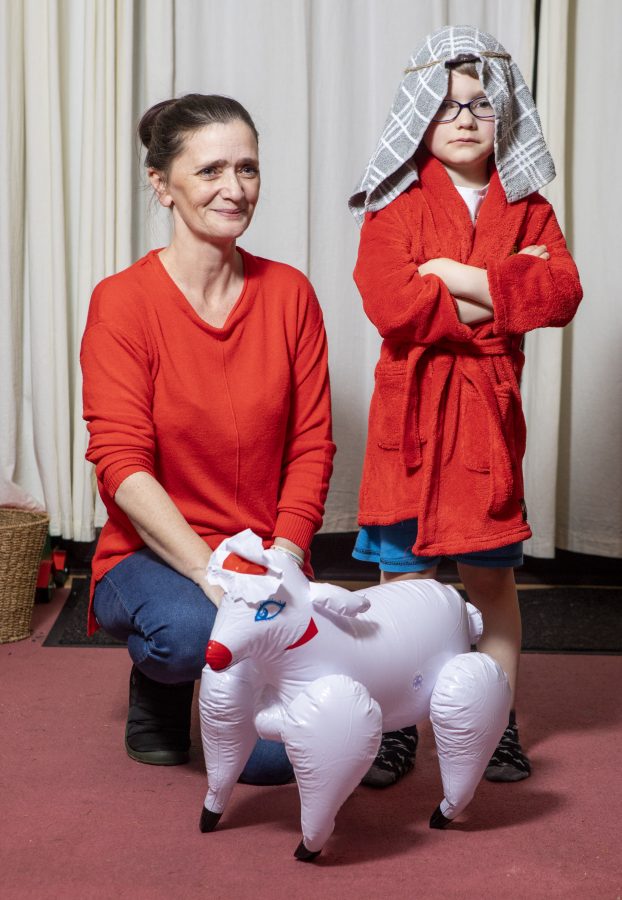 It arrived two weeks ago, and after checking the costume fit, Helen packaged it up in a name-tagged bag for Alfie to take into school on November 26. 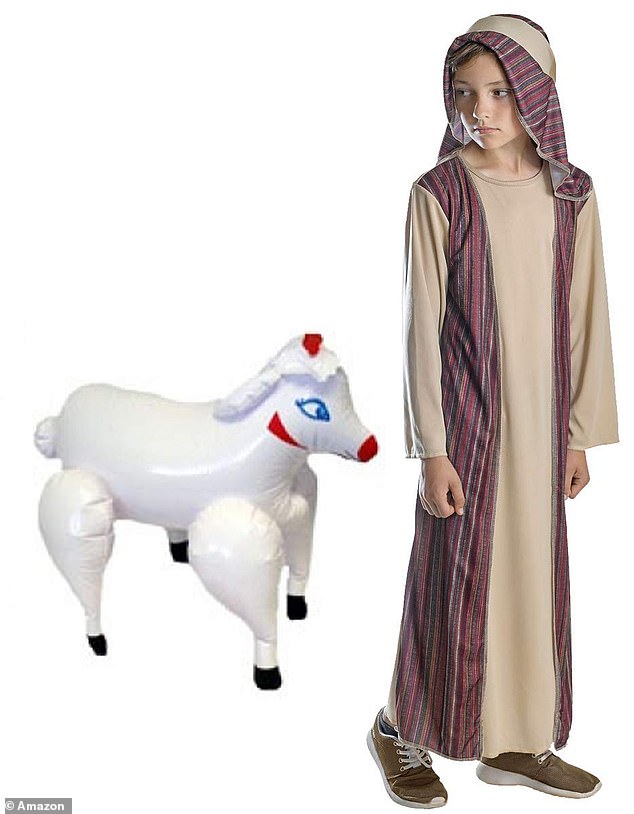 But when Helen went to pick Alfie up from school on the 6th of December – a week before the nativity – she noticed the sheep in his bag.

Helen, a student at Sterling University, added: “I asked him, “why have you brought the sheep home Alfie?’

“It was part of his costume and I thought he might have been naughty and snuck it out of school.

“But he said the teacher had given him it to bring home, so I let it go.”

When they got home, Helen suggested she blow the sheep up for her young Alfie to play with – then the penny dropped.

“It took forever to blow up – I was stood there blowing and blowing until the air reached its legs,” said Helen, who lives with husband Chris, 46.

“I hurriedly popped the stopper back in so it wouldn’t deflate and suddenly spotted the huge hole in the bum. I couldn’t believe what I was seeing.” 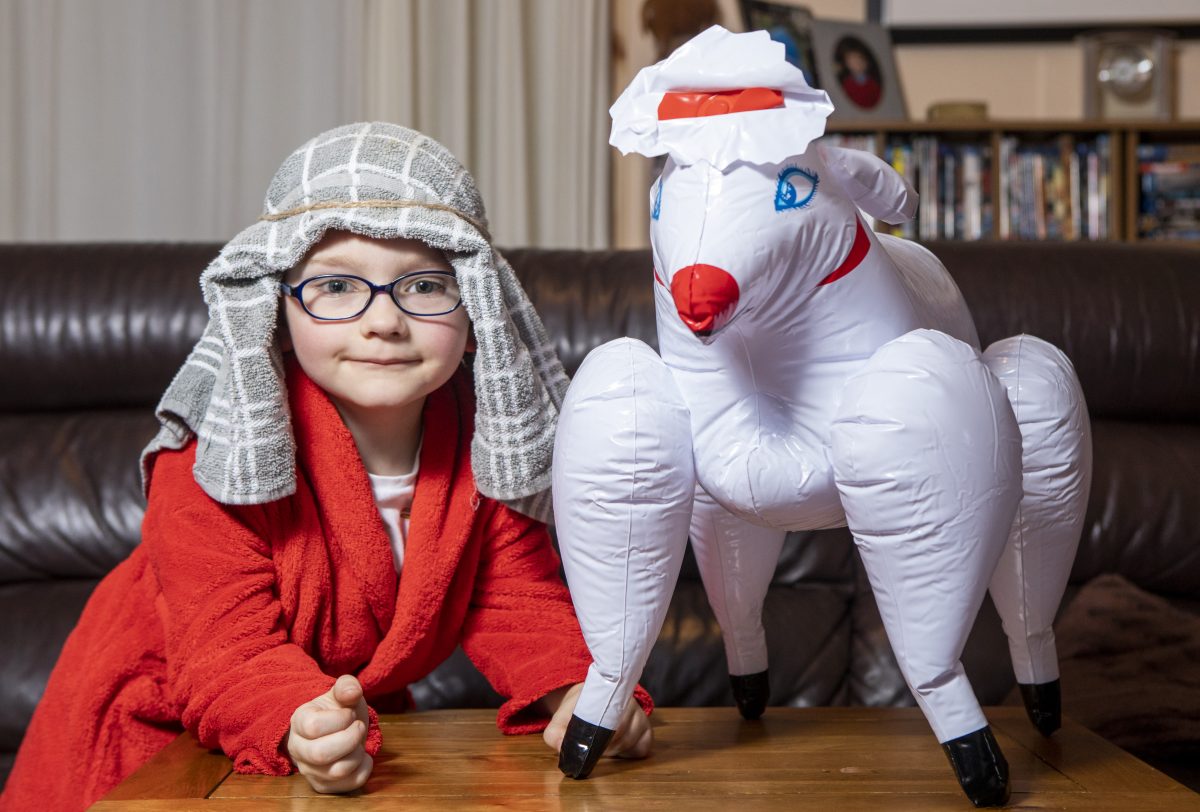 Helen made an audible gasp, making Alfie question what was wrong.

She added: “I told him, ‘you can’t have this sheep Alfie’ but he kept asking why so I had to make up a reason.

“I told him it didn’t look like a proper sheep because it had a moustache, red lipstick and a bow on its head, but he still wanted to play with it. I couldn’t think of any more reasons why not.”

Alfie soon discovered the hole and asked what it was for, so Helen told him it was ‘for the sheep’s toilet paper’.

Without knowing how to get the sex-sheep back from her son, Helen has now devised a plan to get the sheep back without any awkward expanation by telling Alfie the ‘Elf of the Shelf’ took it.

By Ben Gelblum and Lucy Bryant