A giant tarantula has been rescued by the RSPCA after it was found dumped in a park BIN.

The hand-sized white knee tarantula was cold and wet when it was discovered sheltering under rubbish.

RSPCA inspector Teresa Potter rescued the fly-tipped spider last Tuesday  after it was spotted in the waste bin in Giltbrook, Nottingham. 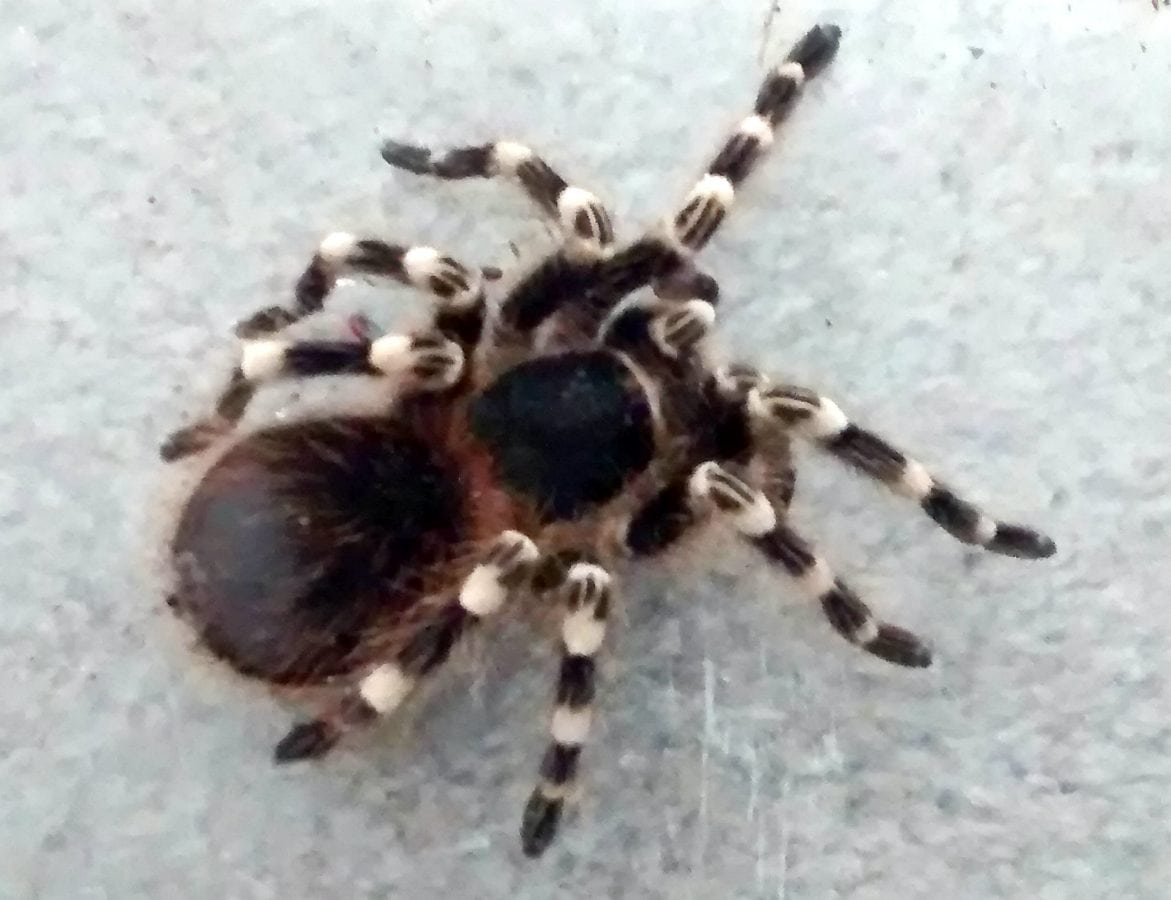 Ms Potter said: “It’s rare that we get reports of tarantulas in public so as I was making my way there, I was sure it would be a plastic toy or maybe just a piece of litter.

“There was also a broken tank in the bin, so whoever dumped this spider just carelessly tossed the spider and their home in this bin without any thought for their welfare.”

Ms Potter took the spider to a specialist vet, who identified it as a white knee tarantula, a species from Brazil which is commonly kept as a pet.

The species can grow up to around 8in long and while they are capable of biting, their main defence method is by flicking predators with hairs from their abdomen.

The hairs can cause irritation to eyes and skin, or to the respiratory tract if inhaled. 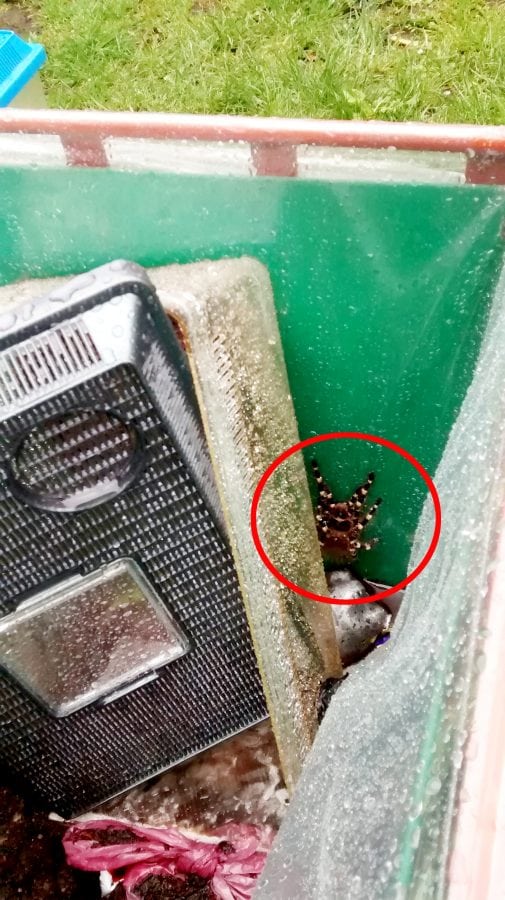 Ms Potter added: “Luckily we have found someone who has taken the spider on, so the spider will now live the rest of their life being looked after properly.

“We are concerned that someone abandoned a spider in a public bin like this.

“These tarantulas live in a warm and humid environment in the wild and need the same provided in captivity, to meet their needs and keep them healthy.

“It is likely that the spider was an unwanted pet which someone decided to dispose of for whatever reason.

“We would recommend that anyone interested in keeping a tarantula as a pet thoroughly research the particular species’ needs carefully first before deciding to get one, so they know what is involved and how long it is likely to be for.”

The woman who found the spider, said: “I had taken my dogs onto the field when I saw that there was a tank in the bin. 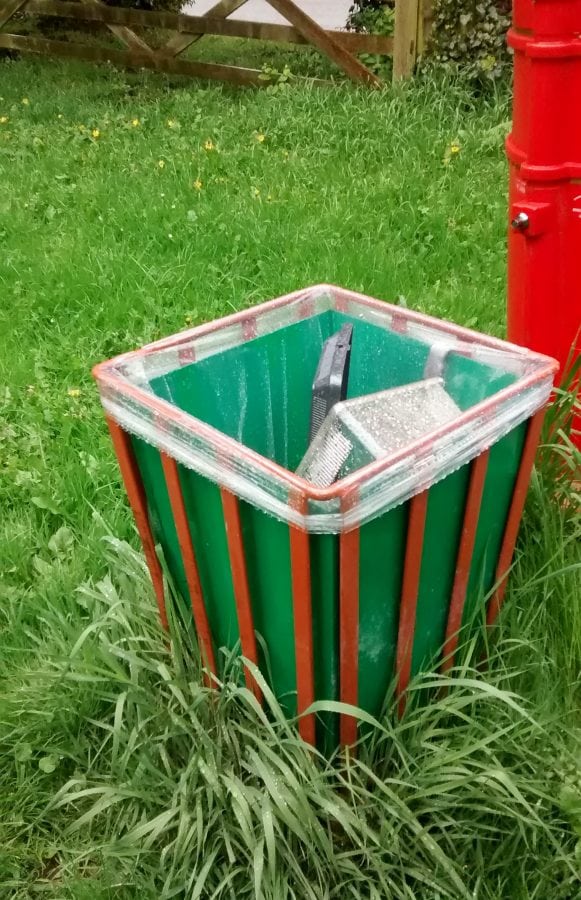 “I was curious so I had a closer look, expecting it to be a mouse, and I was very surprised to see a tarantula in there.

“The spider was clinging onto the side of the bin bag.

“I went home to my husband and asked him to come and look – he couldn’t believe it either. It’s not something you expect to find in a public bin.”
By Ben Gelblum and Arun Lal