Nicholas Coombey stumbled upon the ancient bone while walking along the beach at Loch Ryan near Stranraer, Dumfries and Galloway

by Joe Mellor
in Environment, Must Reads, Weird News

The first woolly mammoth bone to be found in Scotland has been discovered by a marine worker who stumbled across it on a beach.

Nicholas Coombey found the leg bone of the extinct beast which had washed up on a beach at Loch Ryan, near Stranraer, Dumfries and Galloway.

The 56-year-old said experts at the National Museum of Scotland have now confirmed it is from a woolly mammoth and are currently working to ­establish its age. 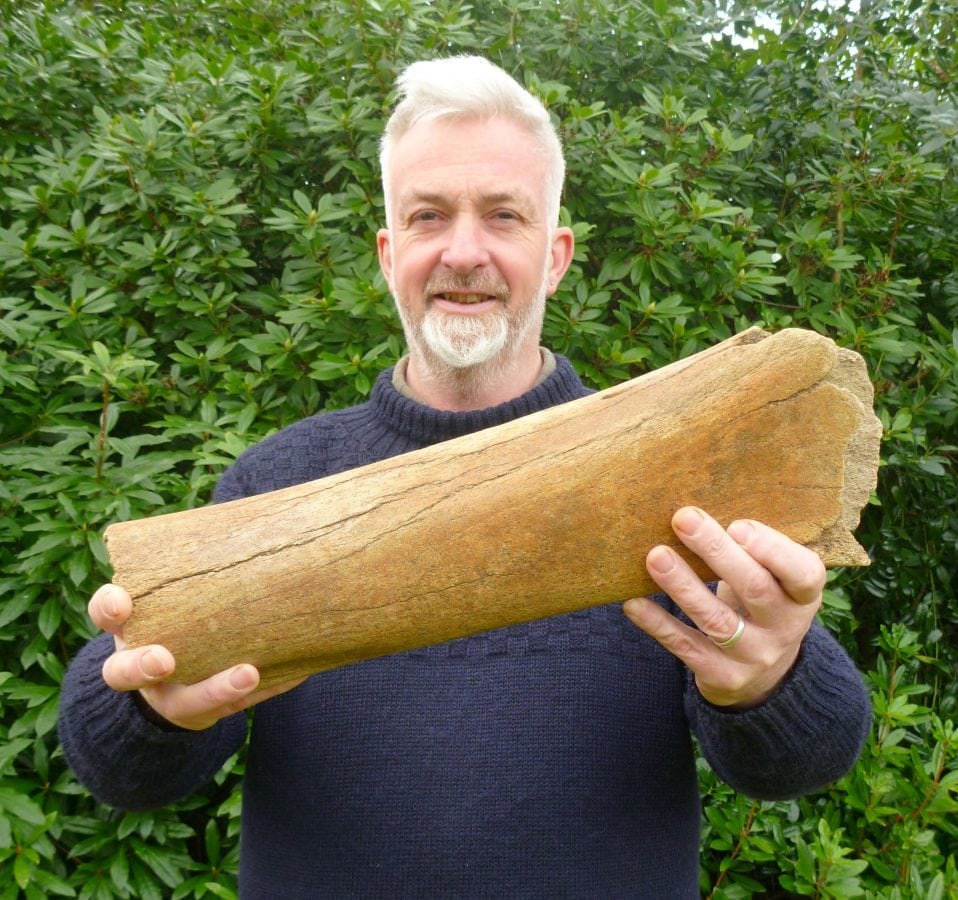 There have been only ever been 16 sites in Scotland where the remains, usually teeth or tusks, of woolly mammoths have been found.

In 1840 there was a reported sighting of a mammoth bone at Chapelhall, North Lanarkshire, but experts have been unable to verify if it was correct.

Experts at the National Museum of Scotland compared the femur mammoth bone to elephants and rhinos to confirm that it was a match.

Nicholas, who works for the Solway Firth Partnership, came across the 2ft-long thigh bone last month.

He said: “My job basically involves visiting a lot of beaches and I’m always being asked what the most interesting thing I’ve found has been.

“I stumbled upon it one day and knew immediately that it must have been quite special as I’d never seen a bone so large before.

“I had a quick look on the internet and it seemed extraordinary. I took it to a museum in Dumfries and Galloway who then sent it away to the National Museum of Scotland last month.

“They checked the bone against what they already had for woolly mammoths and a month later confirmed what it was.

“It never really occurred to me that I could find one just walking by walking around the beach.”

Woolly mammoths roamed the earth about 4,000 years ago and died out as the planet started to warm up after the ice age.

They could reach heights of 13ft and with their hair often growing to 4ft.