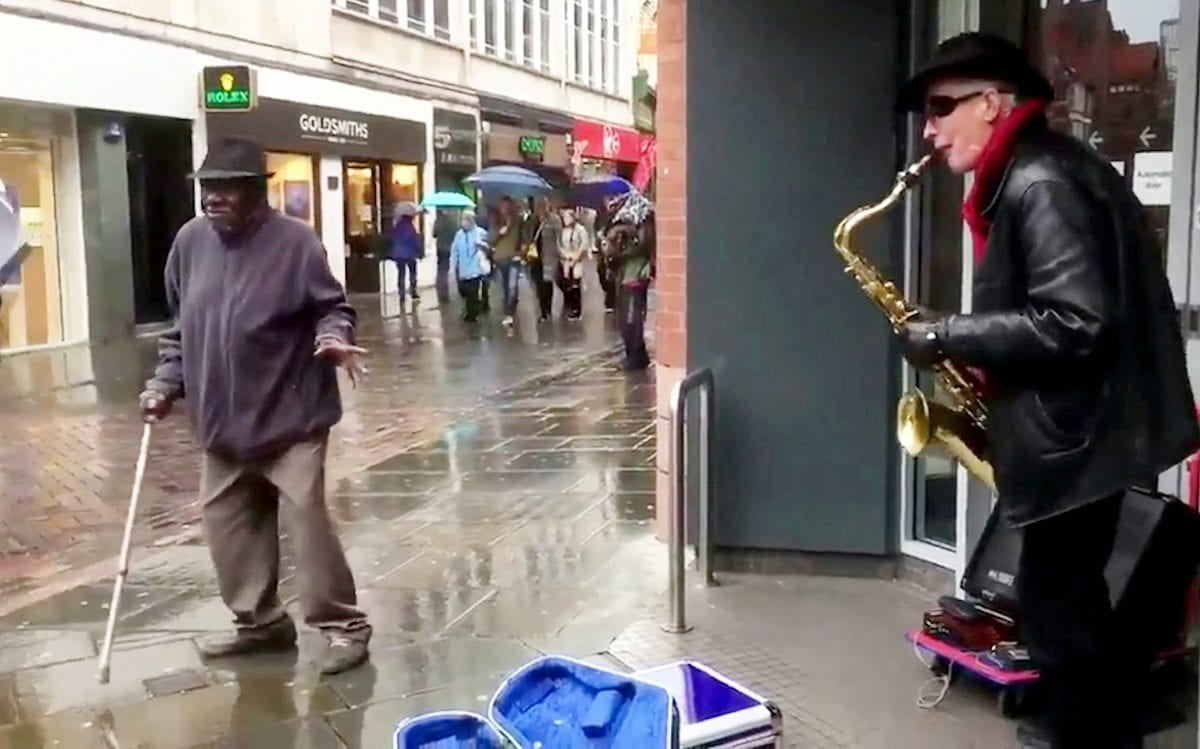 An elderly man who ditched his walking stick and started dancing in the street in front of a busker has become an internet hit.

The mystery dancer was walking past a saxophonist on a wet day in Nottingham city centre when he suddenly started boogying. 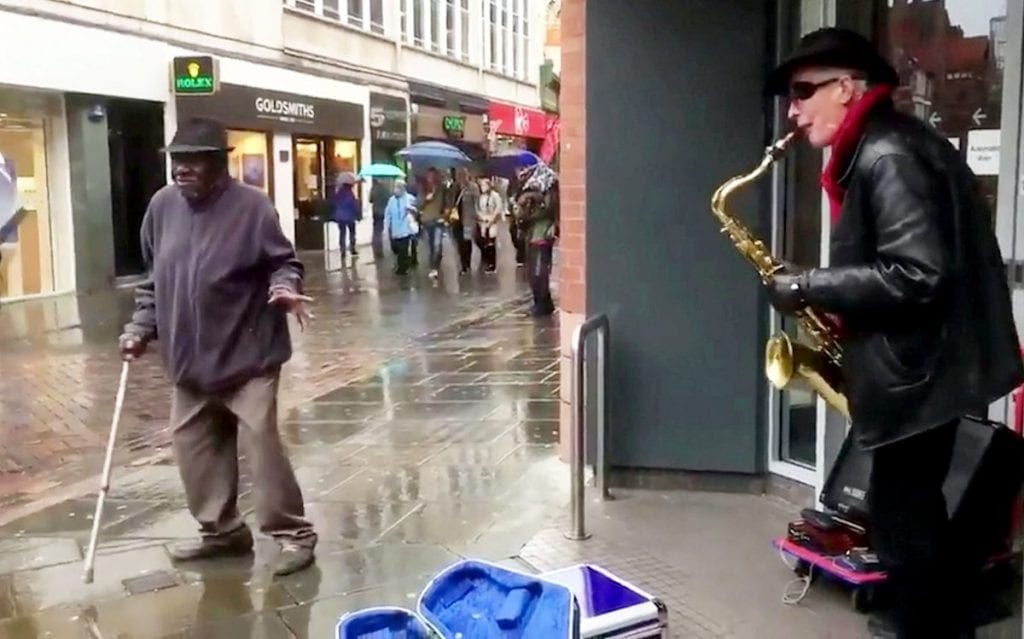 Since the 40-second clip was posted on social media, thousands of people have viewed and shared it around the world.

One Twitter user wrote: “Who is that dude! You know he only uses that stick to make sax shapes. Beautiful moves.” 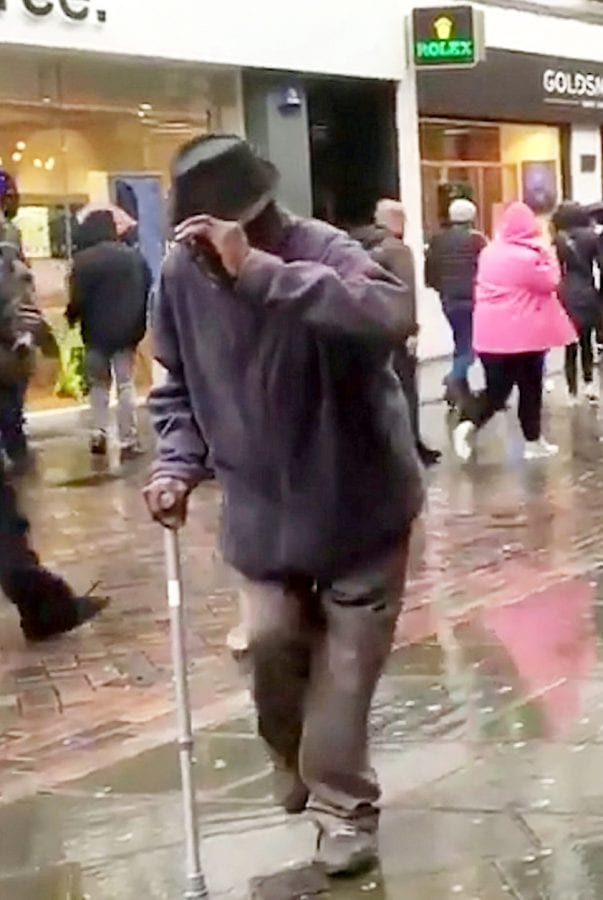 Shopper Jane Fenton, 40, of Hucknall, Notts., said: “I was shopping with my two girls when we stopped to listen to Mogs who is a bit of a Nottingham legend. 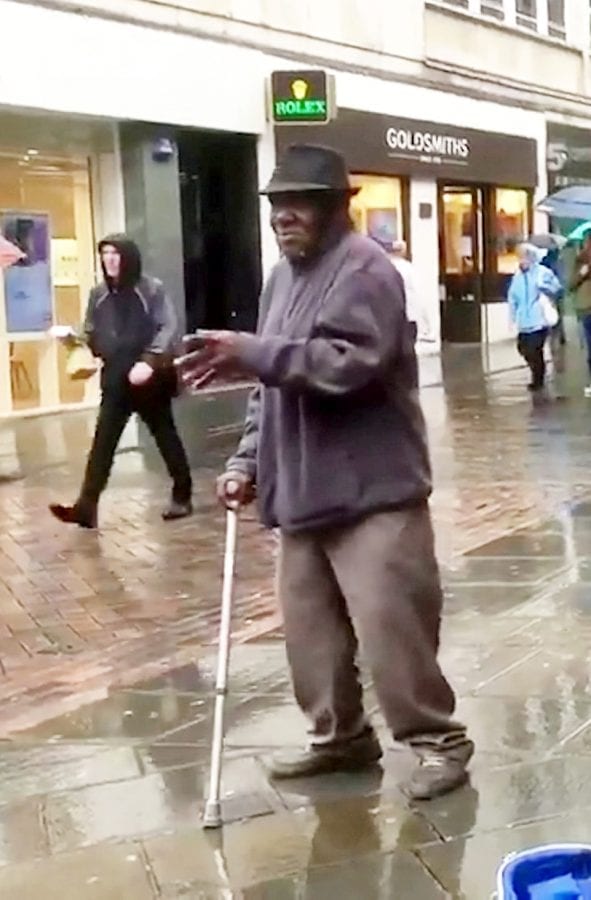 “Suddenly this old guy started dancing which was just brilliant. On a cold wet day, it
brought a smile to everyone’s lips.”