One punter accused organisers of "conning families out of their hard-earned cash at the most precious time of the year".

Visitors to a ‘magical Christmas experience’ show have slammed the attraction as ‘grim’ – calling it ‘blunderland’. It boasted having a Christmas Market, pantomime and fairground. Trader Sophie Futcher, 25, has been working at markets and events for almost four years with her business Sophie’s Cakes – and had a stall there.

She shared a video of Santa South West Christmas Village, which opened on Saturday at the Royal Bath and West Showground, looking distinctly un-magical.

“It was such a disappointment,” she said. 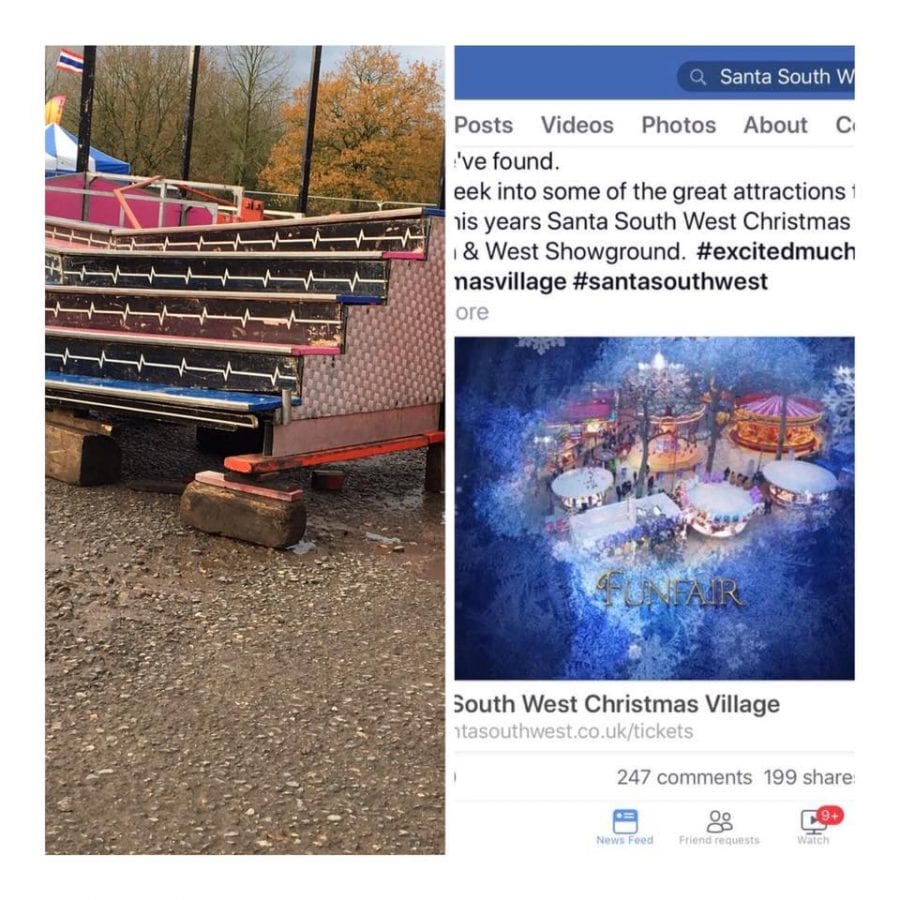 “It was basically an indoor market, there were six fairground rides and a snow machine which broke on the Sunday.

“I paid £196 for a pitch and I’ve spent into the thousands on stock, decorations and preparing for this event since they told me I had a pitch back in August.

“I haven’t even made half of my pitch money back.”

Sophie reported disappointed traders, some of whom had paid almost £2,000, leaving during the opening weekend after they realised the event was nothing like what had been promised. She said: “I was expecting wooden chalets, all decorated, like the pictures on their Facebook page, but there was none of that.

“The traders themselves made a real effort to decorate the stalls but I feel like the organisers had this vision and no idea how to achieve it.

“If people want to pay £2 to get in and look around the market fair enough, but I think if they come expecting the magical Christmas experience that was advertised they will be disappointed.” Members of the public were equally disappointed. Roxanne Gomes said she paid over £112 for her family to experience a few of the activities on offer, but was left gutted when it didn’t match the adverts.

She called the organisers a: “a rogue company conning families out of their hard-earned cash at the most precious time of the year, offering a highly over-priced and falsely advertised ‘magical Christmas’ event that was no more than your local school fair could offer.” According to the event’s website – entry to the village plus ice skating and Santa adventure costs £107 for 2 adults and two children aged 3-15.

Comments online have referred to the event as ‘crapland’ and ‘blunderland’