Shocking video footage has emerged of the producer behind many of David Attenborough’s BBC shows aggressively yelling abuse during a road rage incident. BBC wildlife producer and director Fergus Beeley shocked a family on Saturday when he got out of his car and launched an angry tirade against them. Simon Gale, 33, who was driving […]

Shocking video footage has emerged of the producer behind many of David Attenborough’s BBC shows aggressively yelling abuse during a road rage incident.

BBC wildlife producer and director Fergus Beeley shocked a family on Saturday when he got out of his car and launched an angry tirade against them.

Simon Gale, 33, who was driving the other car involved, said Mr Beeley flew into a “raving state” after both cars were forced to pull over at the side of the motorway.

Beeley was heard calling the family “w***ers” and “sl*ts” and telling them to “get back in the car before you die”.

Mr Gale also claims Beeley grabbed hold of him around the throat and “raised his fist in a threatening manner”.

Mr Gale, of Salisbury, Wilts., says Gale also attempted to push his mother-in-law towards oncoming traffic on the motorway.

He said: “It was quite a scary thing.

“He flew into an absolute raving state. When he got out the car he demanded, ‘Do you know who I am?’, and when I said I didn’t he grabbed me and pushed me against the car.” 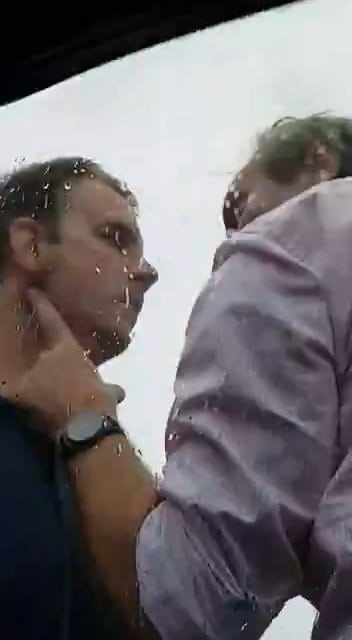 Mr Gale added that it wasn’t until after police had shown up to mediate the incident, and insurance details had been exchanged, that the family saw Beeley’s name and realised who he was.

The bizarre flare-up happened at 11.30am on the M27, as Mr Gale was driving down to Portsmouth with his wife Louise, their 14-year-old son, and his mother–in-law.

Mr Gale said the family were driving on motorway when a car from the inside lane attempted to pull into the middle lane – and ended up colliding with their car. 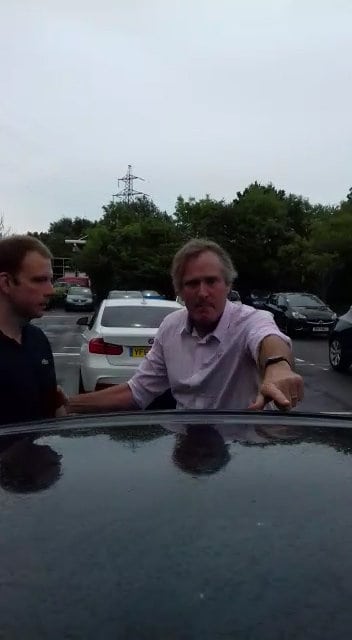 He said: “This car pulled across into our lane and hit our car – our whole car moved and we almost got knocked into the outside lane.

“We pulled over to the side of the road and my wife got out of the car to exchange insurance details with this woman – I didn’t really think anything of it at the time.

“Then Fergus Beeley pulled up behind us in a different car and started screaming and shouting at us.”

Video footage of the incident, shot by Mr Gale’s mother-in-law, shows Beeley repeatedly screaming at the family that they are under citizen’s arrest – after reportedly telling them he was an off-duty policeman. 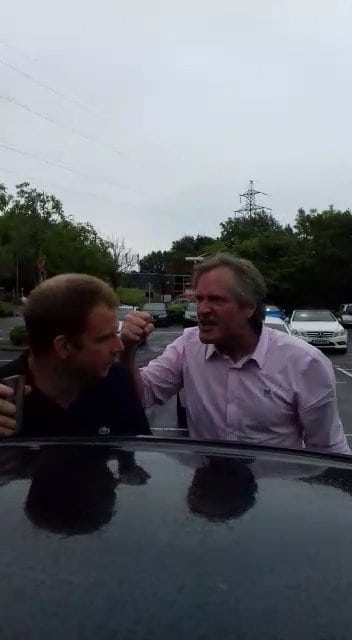 Mr Gale said: “My son was so scared by it that he actually ended up sleeping in our room last night. He’s very shaken.

“Luckily none of us are harmed in any way – but we’re still quite shaken by it. We’re definitely going to be a bit more cautious from now on.”