“After seeing Captain Tom walking his garden a hundred times we thought if we could even raise £50 for a good cause then great." 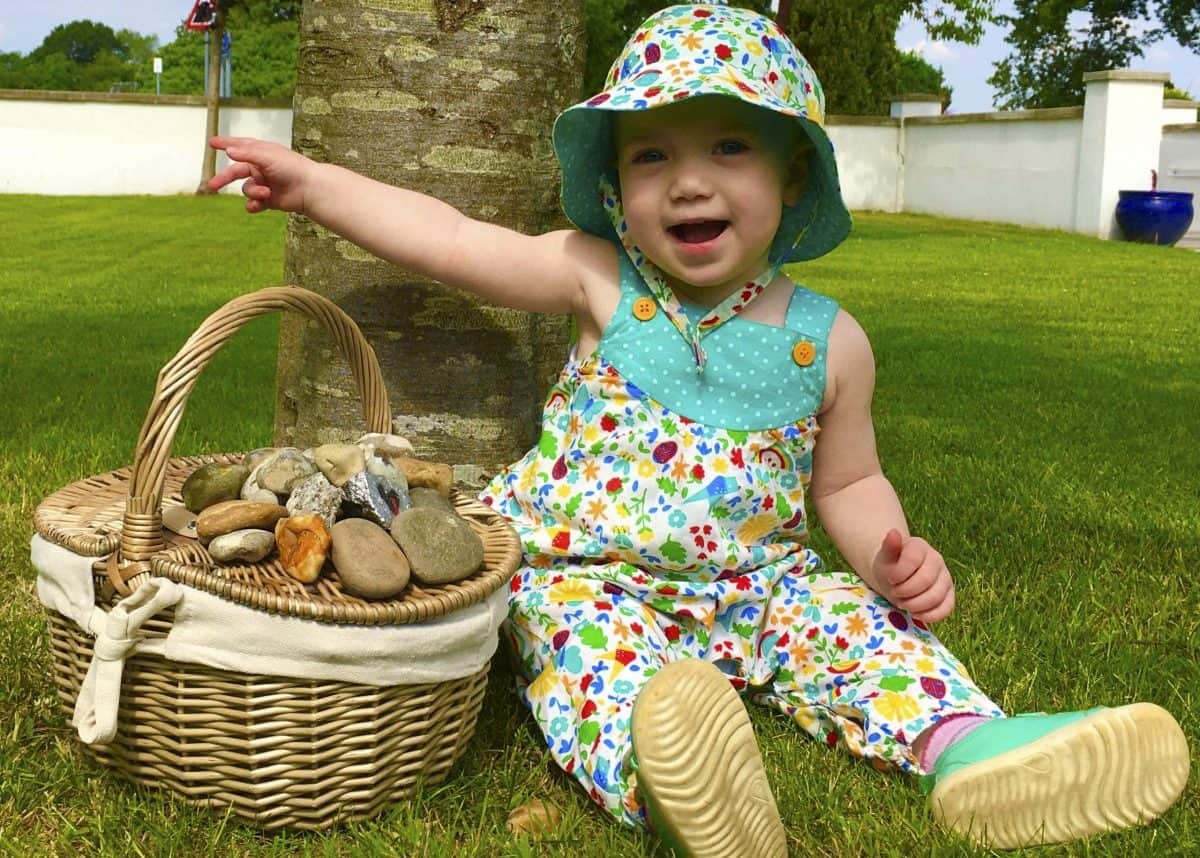 A toddler has raised nearly £30,000 for the NHS by collecting pebbles as she learnt to walk.

Beatrice George, aged one year, has only just learnt to walk, and has been obsessed with pebbles she collects from a beach near her family’s home.

The tot started walking in February and has collected close to 160 pebbles since lockdown began on March 23 – with her parents saying her confidence has soared in the past five months.

Doting parents Matthew, 43, and wife Lucy, who works as a teacher, have been thrilled watching Beatrice toddling along the seafront and harbour near their home in Kingholm Quay, Dumfries and Galloway.

And what began as a hobby for the toddler turned into a massive fundraiser for the NHS after the proud parents set up a JustGiving page.

Dad-of-one Matthew said: “My daughter’s been looking at pebbles ever since she started walking.

“There’s lots of pebbles around and she picks one each day and puts it in a basket.

“Beatrice was standing on her own since November or December but towards the end of February she took off.

“There’s so much space for her to roam around.

“Going round picking up the pebbles has given her more of an incentive.

“We’ve seen her develop so much over the last four or five months.

“Usually she would be with a childminder.

“It’s been a blessing in disguise I suppose, and a lot of fun.”

They were inspired to set up the fundraiser by 100-year-old Captain Tom Moore, who has helped raise more than £32m for NHS Charities Together by walking 100 lengths of his garden.

The fundraiser at first received donations from family and friends, but after comedian Miranda Hart shared a video on social media praising the fundraiser.

Matthew, an IT worker, said: “We’ve raised a hell of a lot of money.

“After seeing Captain Tom walking his garden a hundred times we thought if we could even raise £50 for a good cause then great.

“It’s gone completely off the scale.

“I couldn’t have imagined reaching that much money.

“Miranda Hart was the first celebrity to support us and put out a video.

“I tweeted it saying ‘thanks’, then more people donated.

“People are being kind and donating what they can – they’ve been very generous.

“I’ve saved all the videos and I’ll put them all together and put them online so she can see them in a few years once she can appreciate it more.”

The family plan on returning stones to the beach once the fundraiser is complete in December.

Matthew, originally from Pontypool in South Wales, said “We painted two of them, one with a rainbow that my wife did, then I painted one which was Scotland and Welsh themed.

“We’ve got a friend who painted one that’s themed in the style of Beatrice’s favourite book, Each Peach Pear Plum – it’s absolutely brilliant.”