A young student came inches from death after falling onto a railway track during an epileptic fit.

Lucky Toby Taplin, 20, was dragged from the track by on-lookers just moments to spare before the train pulled into the platform.

But he told how he would have lost his life if brave heroes on the platform hadn’t jumped to his rescue and it would have been too late if he was been waiting for a seat at the back of the train because it would not have stopped in time.

The SOAS student’s face was left battered and bruised and with a sore tongue after he collapsed while waiting for a train at Goldalming Station, in Surrey.

He now plans to take his rescuers out for a pint to thank them for their quick reaction in getting him to safety.

Toby, was travelling to his new student digs said: “I’d walked to the station to go up to London where I was moving into my new student house with some friends.

“The last thing I remember post-seizure was looking at the train board and seeing that there was one minute until my train was due to arrive so I moved to the edge of the platform as most people do.

“From then on all I remember is waking up on the platform with a few guys talking to me, but even that is a little bit hazy and I’m pretty sure I was drifting in and out of consciousness.

“The guys who were around said the train was one minute away.

“Station staff said had I been at the opposite end of the platform – I’d walked to the front so I could get a seat – the train wouldn’t have stopped in time.” 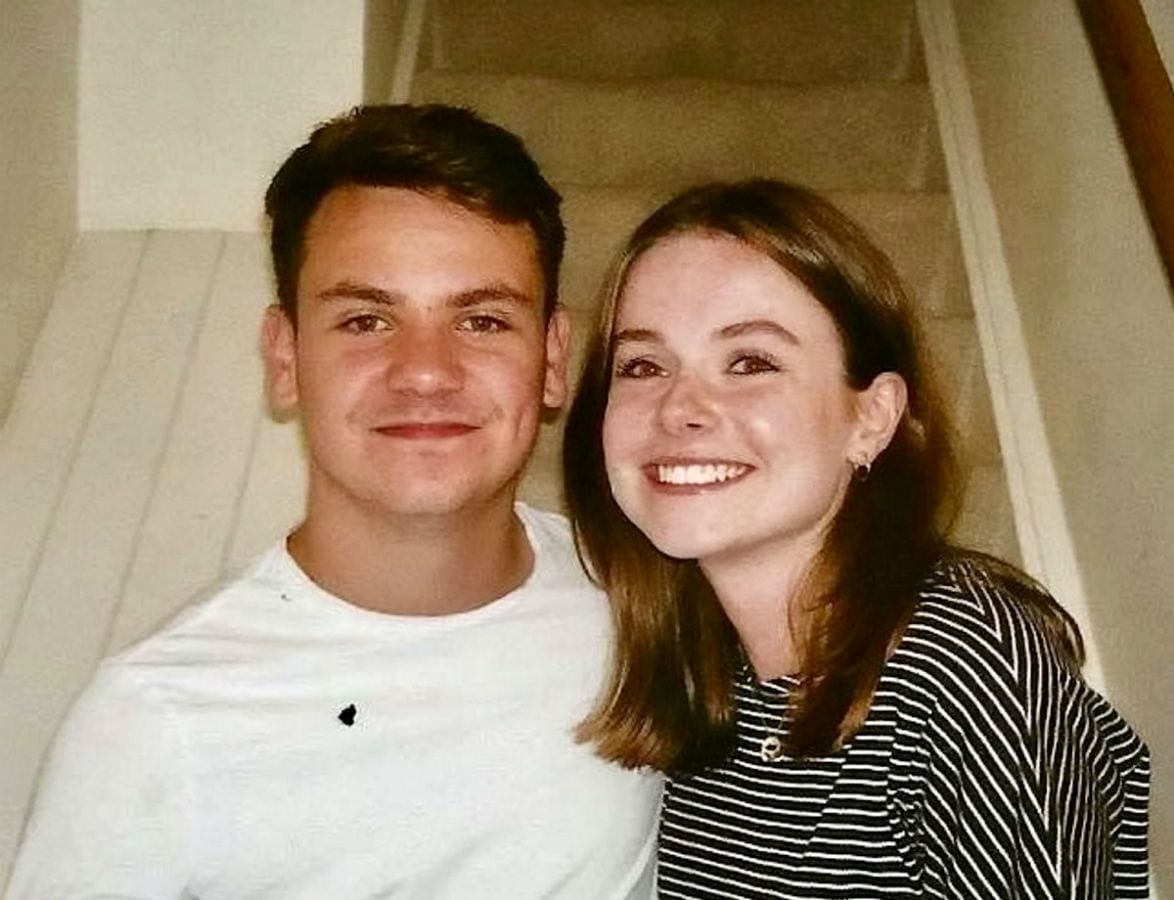 Paramedics rushed to the station to treat Toby, before taking him to hospital for CT scans and x-rays.

He is still recovering at home after the fall on Tuesday, September 26 – but said the quick-thinking rescuers were ‘the difference between life and death’.

Toby, an Oriental history student, said: “As is typical with my seizures I tend to bite really hard on my tongue, so it goes through a few days of excruciating pain while it’s healing.

“Apart from that I’ve got just some bruises and stitches in some cuts so healing and recovery should be swift.

The lucky lad said his memory after regaining consciousness was ‘hazy’ – but one of the first remembers is the promise of a pint from one of his rescuers.

He added: “I don’t remember the arrival of the paramedics but do remember them being there, it was quite calming to see some guys in green uniforms to be honest.

“In all honesty I think so much was going through my head that it isn’t very clear what was being said.

“I remember telling the police that my mum was at work when I’d seen her come home from work the same morning and remember one of the guys who saved me, Greg, telling me that we had to go for a beer but that’s about all the recollection I have.”

Toby said he’s now planning a beer with the heroes who saved his life, Paul Cooksey and Gregory Mahoney, after tracking them down online.

He said: “I was able to contact Paul via social media and express my gratitude and stress how his actions really had saved my life and we had a nice conversation about everything.

“And I was able to email Gregory after he got into contact with my mother, which allowed me to thank him as well, tell him what it meant to me and offer him a pint as a first step to repaying him.

“Their quick thinking was the difference between life and death no doubt about it.”