"She was so lovely - I know most parents are biased but she really was the kindest, sweetest person." 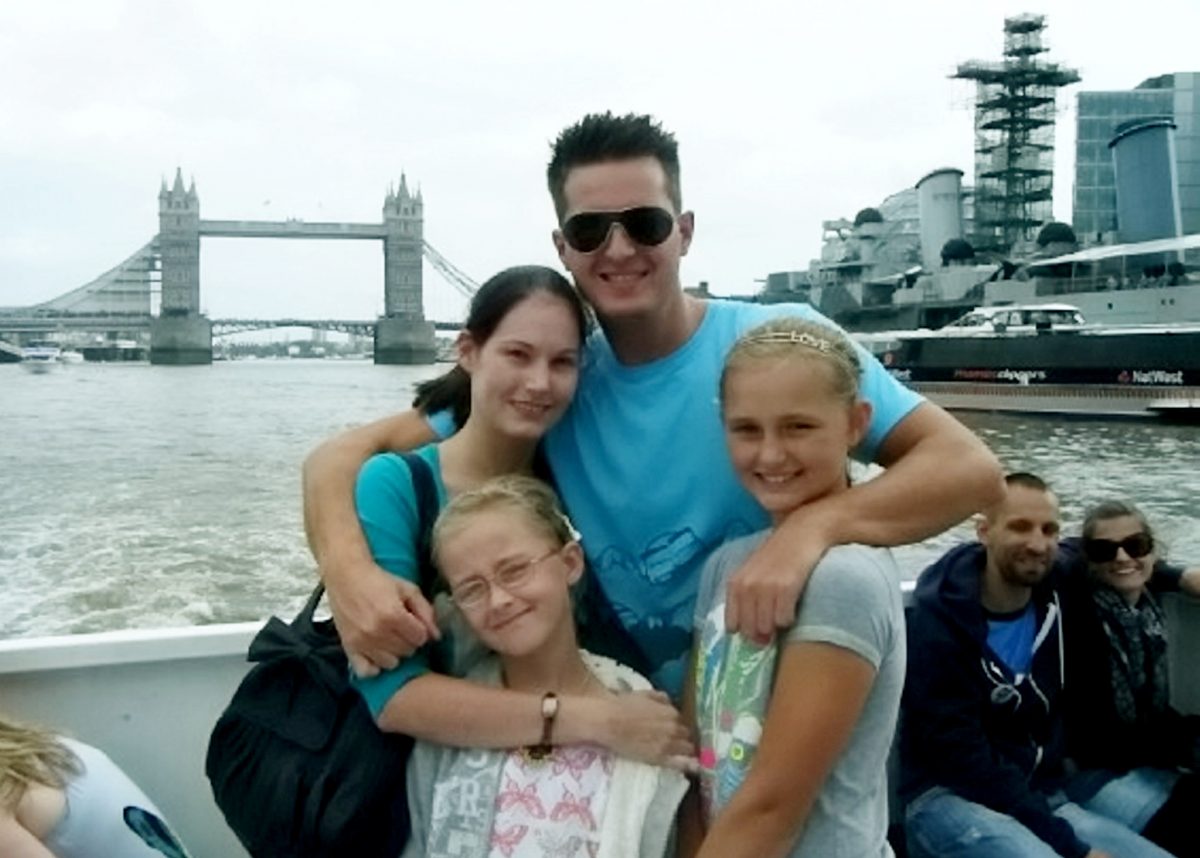 Jodie, 17, was fatally stabbed in the back in a case of mistaken identity while hanging out with friends in a park in East London on March 1, 2019.

Two teenage drug dealers – who were seeking revenge on a rival – have since been jailed for life over the incident.

Now her stepmother Joanne, 36, has described the moment her partner Peter called to tell her Jodie had been stabbed and the frantic efforts of paramedics to save her life at the roadside.

Speaking to Real Fix, a new podcast featuring extraordinary real life stories, she said: “I wasn’t prepared for what happened next.

“(Pete) could barely talk and he said ‘Jodie’s been stabbed and she’s dead’.

“No one could believe at the time what was going on.

“They were taking her to the nearest trauma unit but the paramedics couldn’t get her there in time.

“They pulled over in a petrol station and tried to bring her back there but it was too late.

“I suppose you can say justice has been served on two of them but nothing will bring Jodie back.

“They were only looking out for themselves – they don’t deserve forgiveness.”

Joanne, from Dagenham, Essex, first met Peter in 2007 when she was working as a barmaid and Jodie was six-years-old.

The couple got married in November 2012 and were together for more than a decade before they split earlier this year following Jodie’s death in March 2019.

The day that Jodie was killed, Joanne and Peter went out in the evening to celebrate Peter’s birthday.

She relived her final conversations with the Real Fix podcast, which helps people share their own heartbreaking, funny, shocking or inspiring stories in their own words.

“I had been talking to Jodie because she didn’t have a birthday present for him and we were talking about what to get him – general chit chat,” she told the weekly podcast.

“As far as we knew, she was going to hang out with her friends, and do what they normally do on a Friday night.”

Jodie had been hanging out with pals in a park when two figures emerged from a bush and one plunged a knife into her back.

The sixth former died an hour after she suffered a seven-inch deep wound that caused her lung to collapse, the Old Bailey was told.

Drug dealer Svenson Ong-a-Kwie and his runner Aaron Isaacs had been out for revenge on rivals when they killed Jodie by mistake.

The two teenagers fled the scene in another drug dealer’s car but were arrested days later by police.

She said: “I just got settled in the apartment, waiting for Peter to come back and the phone went.

“He said: “Jodie’s been stabbed and she’s dead.”

“I jumped in a cab and made my way back to the house.

“(The police) were going to take him to the hospital but half way they got a phone call from the controller saying ‘take him home because she hasn’t made it.’

“All her friends had said to the police that there were no confrontations and they didn’t recognise them because it happened so fast.

“The police said they had nothing to go on but they’d try their best.”

Joanne said: “Nothing prepared for what happened and we didn’t know how to cope with it.

“Ended up taking our grief out on each other

“Thankfully now, we’re trying to rebuild so we can at least be friends.”

Ong-a-Kwie and Isaacs were both found guilty of murder during a trial the Old Bailey in November 2019.

The pair were sentenced to life in prison and Ong-a-Kwie, then 19, was ordered serve a minimum of 26 years while Isaacs, 17, was serve at least 18 years.

Ong-a-Kwie mistook Jodie for a rival in bad light and plunged a knife in her back he court was told.

Joanne said: “I was at the court almost everyday.

“I wanted to find out the answers, I wanted them to see what they’d done to us.

“We still didn’t find out what we needed to know but hopefully they’ll suffer and be in prison for a long time.

“I want to keep her memory alive and show this could happen to anyone – to a normal family.

“Which is why I think a lot of people felt so involved with the story.

“I hope they can see how good she was inside and out.

“She was so lovely – I know most parents are biased but she really was the kindest, sweetest person.”