Council leader Ravi Govindia, who led the council campaign, described Mr Archer as "a true pioneer" and "one of the earliest black role models" in the capital. 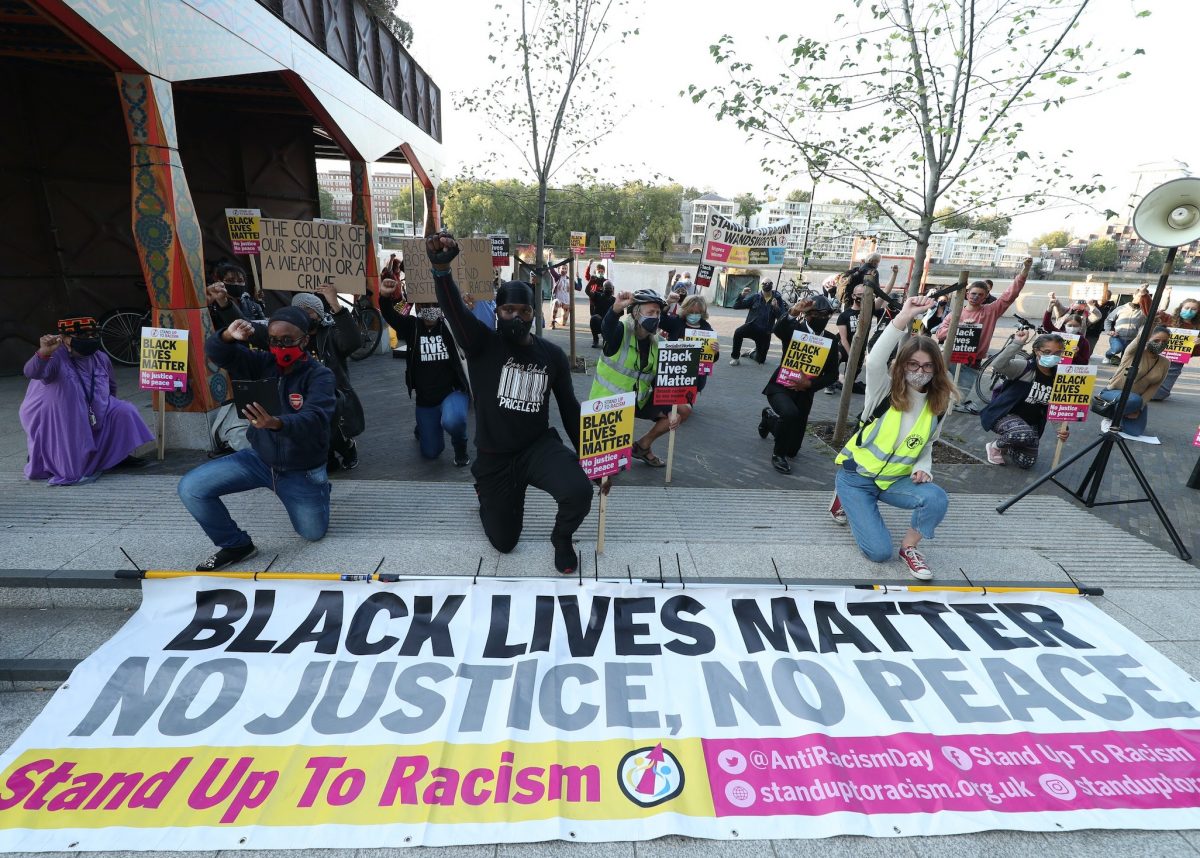 A statue to London’s first black mayor is being planned in the wake of the Black Lives Matter movement sweeping the globe.

John Archer was elected mayor of Battersea in south London in 1913 and has been described as a pioneer for his role in local politics and for helping bring in a minimum wage more than 100 years ago.

Wandsworth Council launched a campaign to honour the former leader and today (Tues) announced a £10,000 fund towards the cost of erecting the statue.

The campaign was launched by council leader Ravi Govindia in June in response to calls from local community group Love Battersea for a fitting tribute to Mr Archer.

The council’s £10,000 pledge represents the first batch of money that will go to fund the commemoration.

At this stage it is not known how much the final project will cost and will depend on where the statue is built and which artist is commissioned to carry out the work.

It is hoped the remaining costs will be raised by public subscription – or crowdfunding – with the aim to unveil the statue in a high-profile spot in Battersea in 2022.

Statues and their role in public life were thrown into the spotlight following the death of George Floyd at the hands of a white police officer in Minneapolis in May, while being arrested for having a counterfeit $20 bill.

His death sparked worldwide protests that saw statues of slave owners and colonial figures torn down and replaced.

Reviews into statues such as Cecil Rhodes at Oxford University’s Oriel College and Thomas Guy, the founder of Guy’s Hospital in Southwark, south London, are also being carried out.

In June the statue of 17th century slave trader Edward Colston was thrown in the harbour in Bristol and a dedication to Scottish merchant, Robert Milligan, was removed from its position in West India Quay docks, east London, by the Canal and River Trust.

Mr Archer, who had both Irish and Barbadian heritage, moved to Battersea in the 1890s with his wife Bertha and initially served as a councillor in Latchmere ward, where he campaigned to bring about a minimum wage of 32 shillings a week for council workers.

His rousing victory speech upon being elected mayor included these words: “You have made history tonight. For the first time in the history of the English nation a man of colour has been elected as mayor of an English borough.

“That will go forth to the coloured nations of the world and they will look to Battersea and say Battersea has done many things in the past, but the greatest thing it has done has been to show that it has no racial prejudice and that it recognises a man for the work he has done.”

Other dedications to Mr Archer’s achievements are already dotted around the south London borough.

These include an English Heritage Blue Plaque was placed on his home in Brynmaer Road, Battersea, and a primary school in the area also bears his name.

He was given wider national prominence in 2013 – the centenary of his election as mayor – when the Royal Mail chose to feature him on a stamp commemorating 10 Great Britons.

In 2017 a ceremony was held at the town hall, attended by the High Commissioner of Barbados, as part of a campaign to recognise the significant contribution of Barbadians to the UK.

Mr Archer was first elected to Battersea Borough Council as a member of the Progressive Party in 1906 and by 1918 he became the first president of the African Progress Union and chaired the Pan-African Congress in London.

He left the council in 1922 to act as an agent for one of the first MPs of Indian heritage – Shapurji Saklatvala, in North Battersea, but returned to the council in 1931 when elected once again to represent the Nine Elms ward.

He served as the deputy leader of Battersea Council until his death a year later at the age of 69.

Mr Archer was thought to have been the first black man elected as mayor in Britain, but Dr Allen Glaser Minns was mayor of Thetford, Norfolk, in 1904.

A report considered by councillors who approved the £10,000 grant for his statue stated: “Erecting a statue as a new installation in Battersea in honour of John Archer would recognise his achievements, allow us as a borough to celebrate him, and inspire our communities.

“As well as creating a focal point and celebrative piece of permanent public sculpture, this project aims to engage our community in a positive way during and after the journey.

“The local community will be at the heart of this project, with extensive engagement with grass-roots organisations, arts and community groups, places of worship, employers, schools and colleges.

“John Archer can be used as a learning focus for young people, around aspiration, democracy and inclusion, so school leaders will be among the first to be consulted on the direction of the project. This project will also acknowledge and include Love Battersea, who initiated the idea for the statue.

“Local and wider art specialists will be drawn into the project, including representatives from the Royal College of Art.

“A suggested legacy of the project could be to support the Royal College of Art to bring more artists of an African Caribbean or African heritage into sculpture work.

“Local champions will be identified to support the project and engagement will be made with key local organisations, which could include the Black Heroes Foundation and leaders from Black Majority Churches. Businesses and key agencies will be engaged.”

Council leader Ravi Govindia, who led the council campaign, described Mr Archer as “a true pioneer” and “one of the earliest black role models” in the capital.

He said: “John Archer was a true pioneer and one of the earliest role models of black achievement in London.

“We are immensely proud that he represented our borough and our hope now is to ensure that his legacy lives on.

“His priority was improving the lives of many in the community, the poor and disabled, and he was a passionate campaigner for what he believed was right. He fought hard against social and racial injustice.

“With racial equality and justice still at the forefront of people’s minds, my view is that a high profile statue celebrating his achievements and honouring a man who paved the way for future generations of politicians from black and minority ethnic backgrounds, is one way we can show our support for what he stood for.

“We sincerely hope that the public will support this endeavour so that we can raise a permanent memorial to this famous son of Battersea and mark his achievements forever.”