John Firth watching in "shock" from his home in Sleaford, Lincs.,

A shocking video appears to show a delivery driver hurling parcels out of the back of his lorry onto a residential street.

Stunned resident John Firth, 45, who claims the delivery driver worked for Hermes, says he “couldn’t believe” what he was witnessing from his front room last Saturday (12 Jan).

The delivery man appears to lob bags and parcels out the back of the HGV leaving them completely scattered in a pile on the middle of the road.

Later on in the clip, it shows the the culprit collecting some of the parcels before walking towards a house in Sleaford, Lincs., 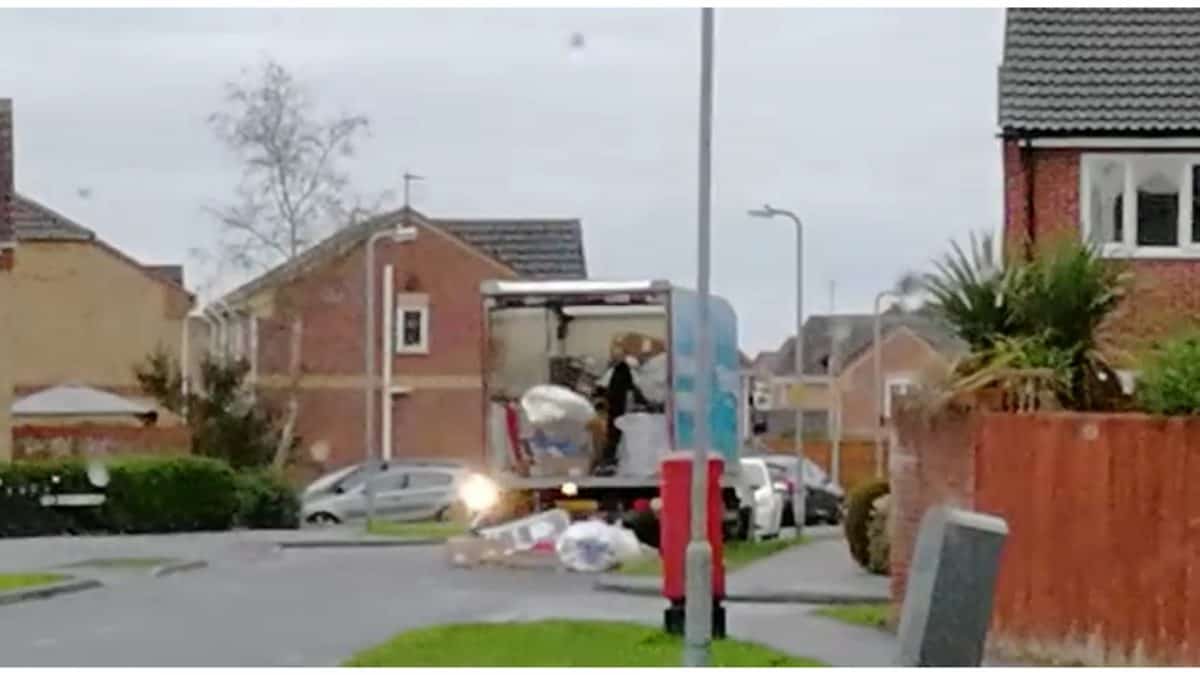 The poultry worker added: “I was just sitting in the front room and we saw this happening.

“I used to work for a courier and I have seen some things being thrown, but nothing like this.

“He just kept throwing the parcels out of the lorry – it is shocking.

“If it was my parcel, then it would have gone straight back.”

John claims the parcels were being delivered to another courier’s home. 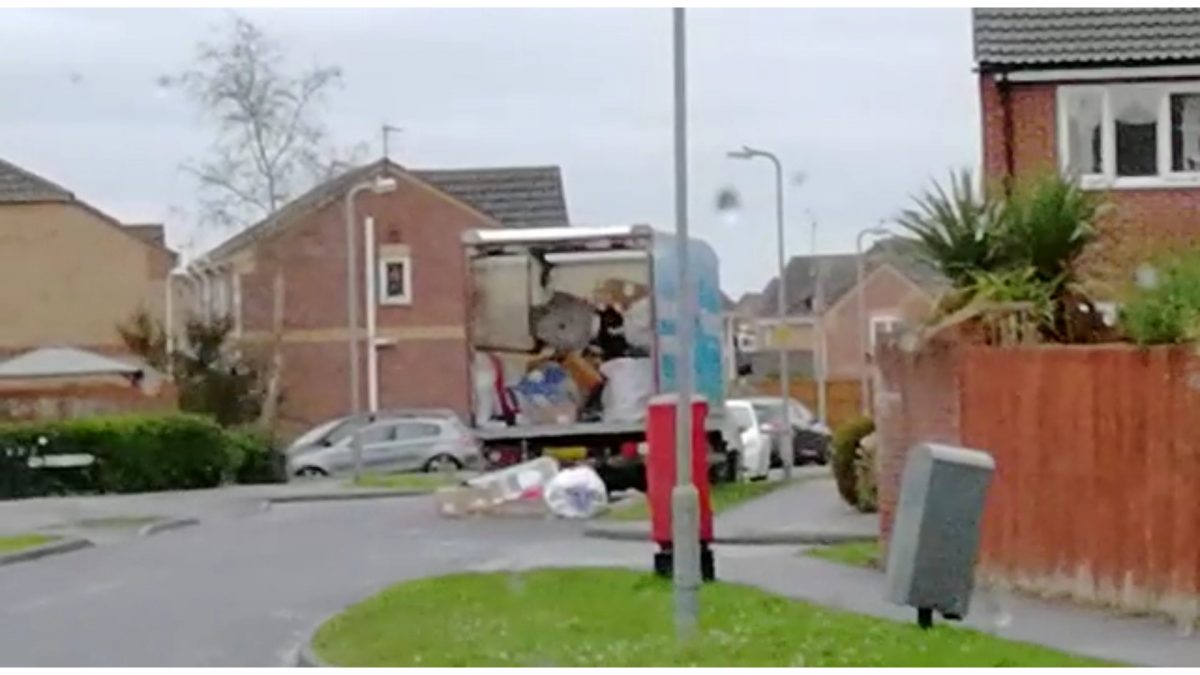 He adds: “He now has to explain to every customer why things are possibly broken or damaged when he delivers.

“He did say the delivery driver just threw the stuff down outside his house too and apparently was a bit abusive.”

A Hermes spokesperson said: “The conduct of this employee is clearly unacceptable and not in line with our high standards.

“We have launched a full investigation and will be talking with the person involved. We can assure our customers the safe delivery of their parcels is a top priority.”