Tom Embleton was visiting the safari park with his young family on Wednesday, August 22, when he noticed his wedding ring was missing.

A safari park visitor has been reunited with his lost wedding ring after a “chance in a million” find by a metal detector.

Tom Embleton was visiting the safari park with his young family when he noticed his wedding ring was missing.

Despite spending over an hour searching for it at the Blair Drummond Safari and Adventure Park, Stirling, Tom and his wife Nina were unable to find the ring.

The devastated couple, who lost the wedding ring on Wednesday, August 22, assumed that it would be lost forever

But unbeknown to them, staff member Aaron Jack continued the search with a metal detector.

And the kindhearted staffer defied the odds of finding the gold band at the 120-acre site, discovering it some long grass beneath the flying fox zip wire.

The couple were reunited with the missing jewellery on Saturday, August 25 and thanked Aaron for his efforts.

Nina said: “We were on a family holiday in Aberfeldy and it was during a day trip to the Safari Park that my husband noticed his ring was missing.

“We left our details with staff in case they ever come across it and were amazed to receive an email telling us that it had been found.

“We had not expected them to continue searching and are so grateful to Aaron for what he’d done.” 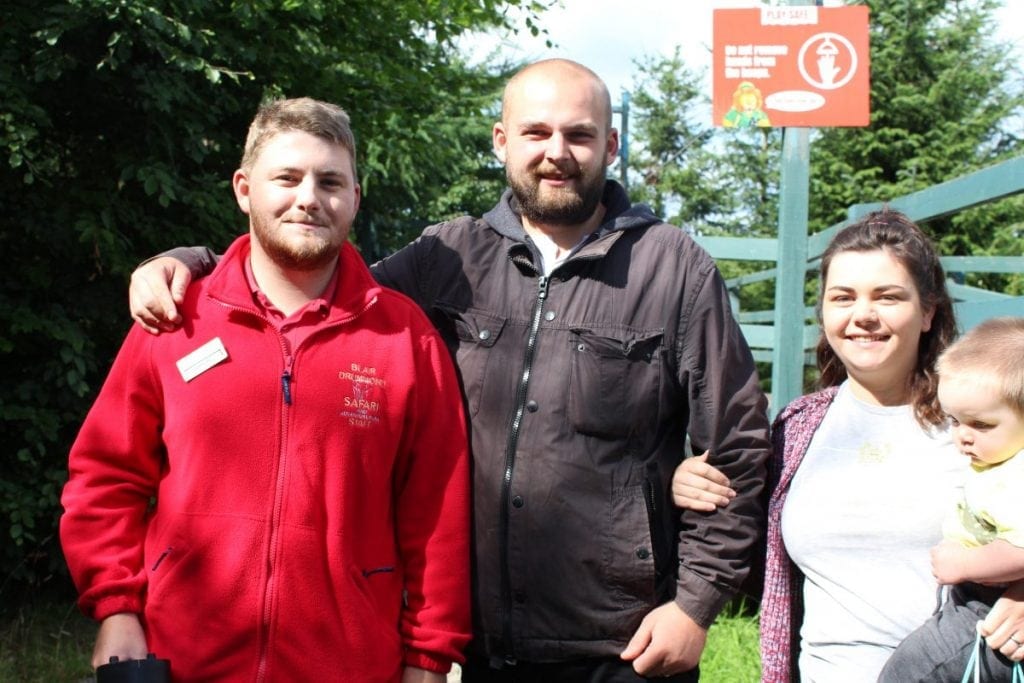 Park manager Gary Gilmour added: “Nina got in touch to tell us that her husband had lost his wedding ring at the Safari Park.

“Aaron’s practical thinking saved the day and we’re delighted that Nina and Tom have their ring back.”

Aaron is a seasonal member of staff at Blair Drummond and works as part of the amusement team.

He said: “When I heard that Tom and Nina’s day had been interrupted by the lost ring I wanted to do what I could to try and make things better.

“The find was a chance in a million, but I was happy to help.”

This is not the first time that the metal detector has helped save the day.

Distraught Jennifer contacted staff and was invited back to have a look.

Her ring was found in the attraction’s car park, leaving Jennifer totally thrilled.