The pictures of trapped foxes, badgers and deer highlight the dangers to wildlife of home sports equipment

Photos released by a leading animal charity show the devastating effects that football nets can have on wildlife.

The shocking pictures show foxes, deer and badgers ensnared in the netting. The RSPCA said some of the animals had to be put down. 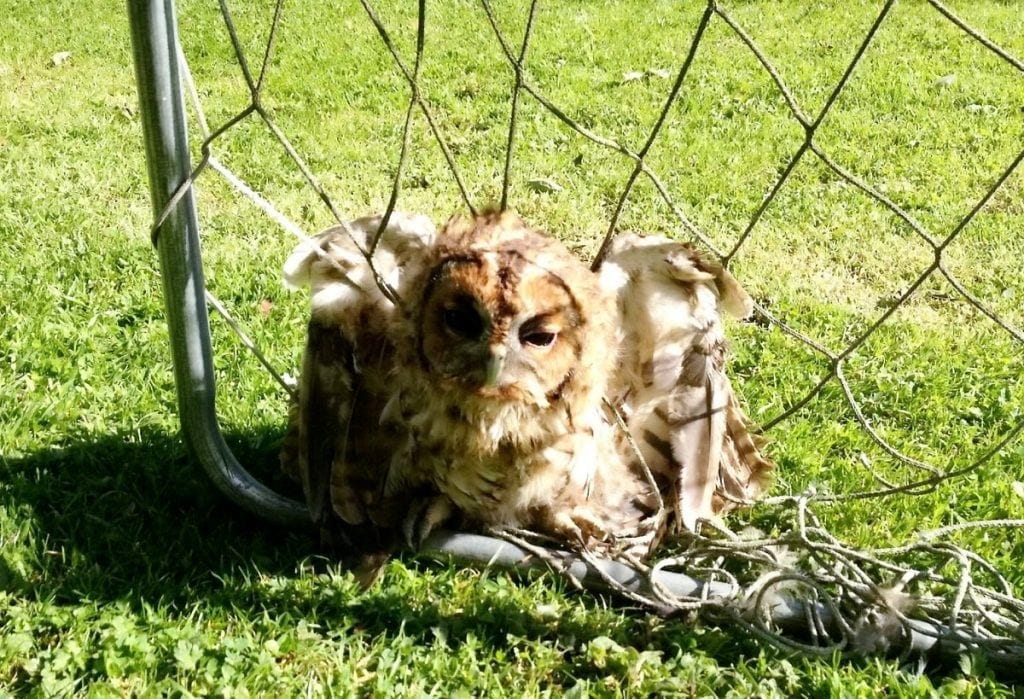 With ‘football fever’ in the air, the RSPCA has urged people to put sports nets away to prevent serious animal injuries and deaths.

The charity rescued four animals a day in May – with the number expected to rise during the world cup.

Over 1,000 animals were rescued after getting tangled in the last year, with the numbers peaking in the summer months. 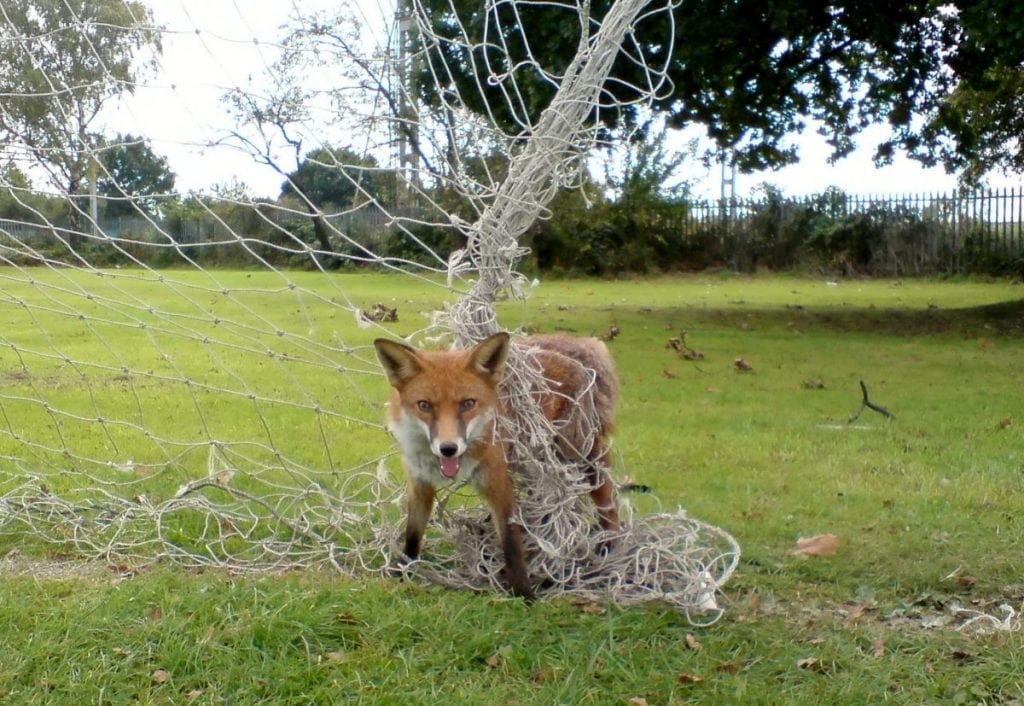 Many of the animals rescued have to be put down after becoming confused and trapped while they root through gardens.

RSPCA wildlife expert Llewelyn Lowen said: “Football will be on a lot of people’s minds during the World Cup, which may mean more sports nets going up in gardens to make the most of football fever.

“However many people might not realise how dangerous netting is to animals so we want to raise awareness and hopefully stop animals from being injured – sometimes fatally – after getting caught up in netting.

“Last year our inspectors rescued more than 1,000 animals tangled in netting. We hope that these photos will shock people and make them realise the damage that netting can cause.” 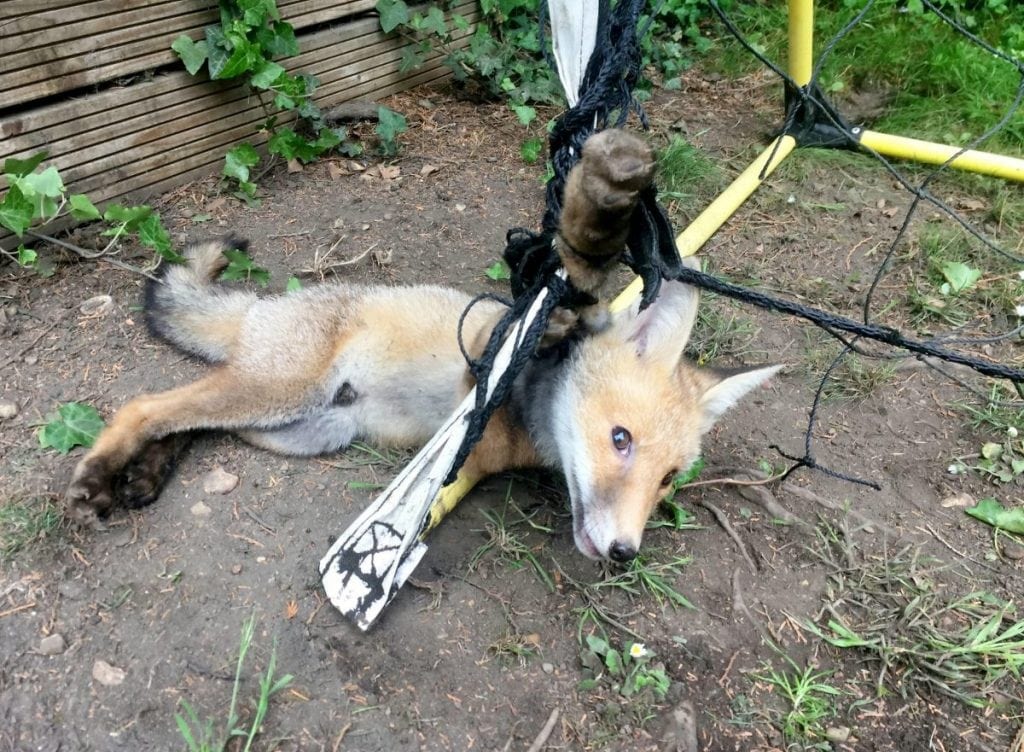 The wildlife expert said that while some animals survive, many of them die as a result of struggling to get free from football nets.

Llewelyn said: “There have been instances, for example, of fox cubs strangling themselves to death because they have been trying to free themselves.

“It doesn’t take too long with them thrashing about trying to escape before they become seriously trapped and are then unable to free themselves. 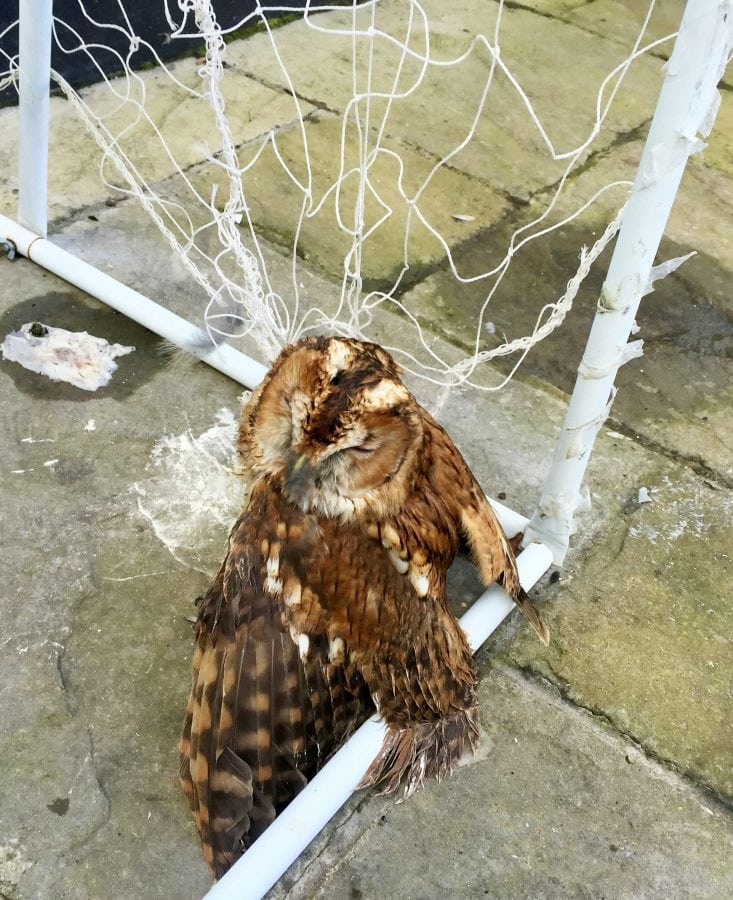 “If they go unnoticed even for a short time, they can really suffer – the tight net can cut off the blood supply to their limbs, damage bones where they have tried to frantically escape, or worst of all, they could be strangled to death.

“There is one simple way to prevent this from happening – please remove sports nets after use and store them safely away. It only takes a few minutes and yet it could save an animal from suffering a horrible death.” 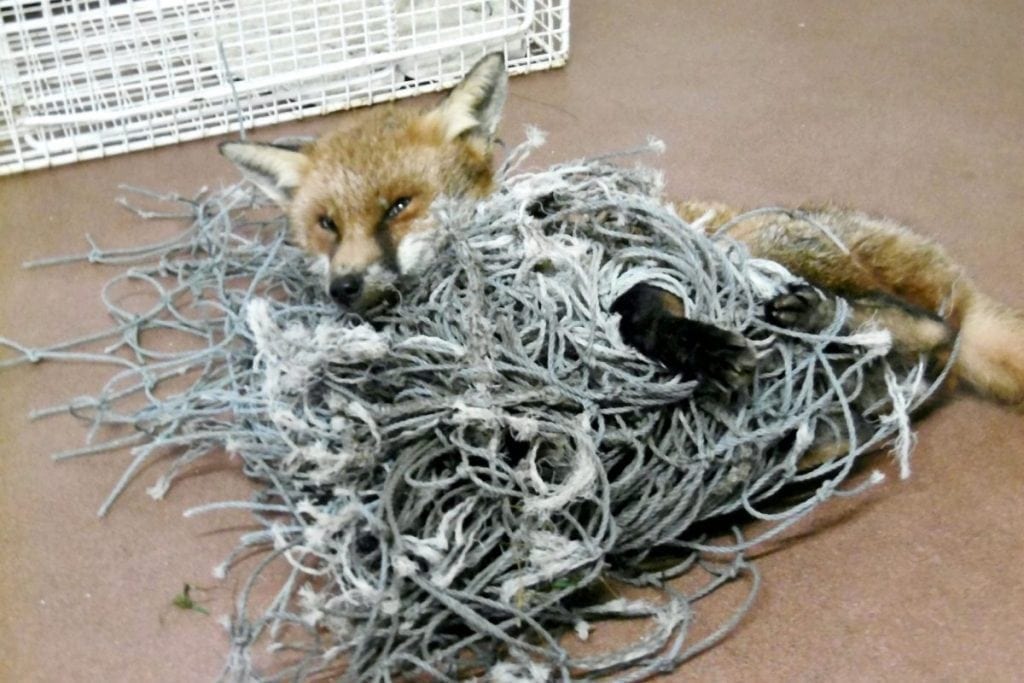 Llewelyn added that where netting can’t be removed, such as pond or fruit netting, the RSPCA recommends replacing them with solid metal mesh.

The charity stressed that animals caught in nets will be treated as an emergency, with the nearest officer tasked to free the animal. 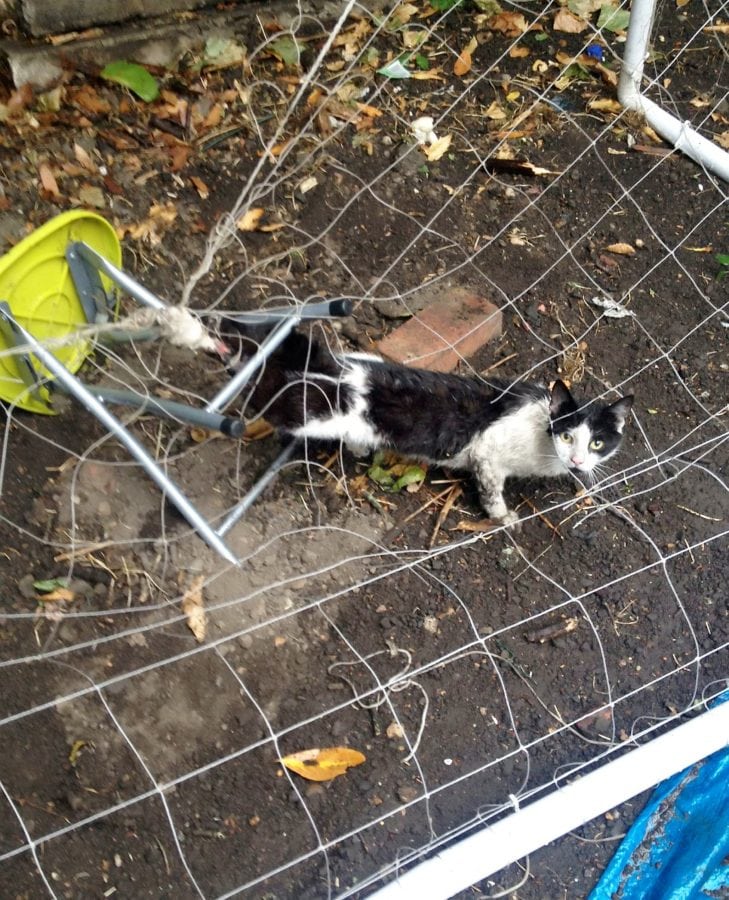 Once the animal is checked over, they can be released immediately back into the wild.