"While not mentioned in the current proposal Black Lives Matter, a patently political movement is clearly the catalyst, a movement that is demonstrably contentious and of itself offers little, to enhance the lives of the Urchfont community." 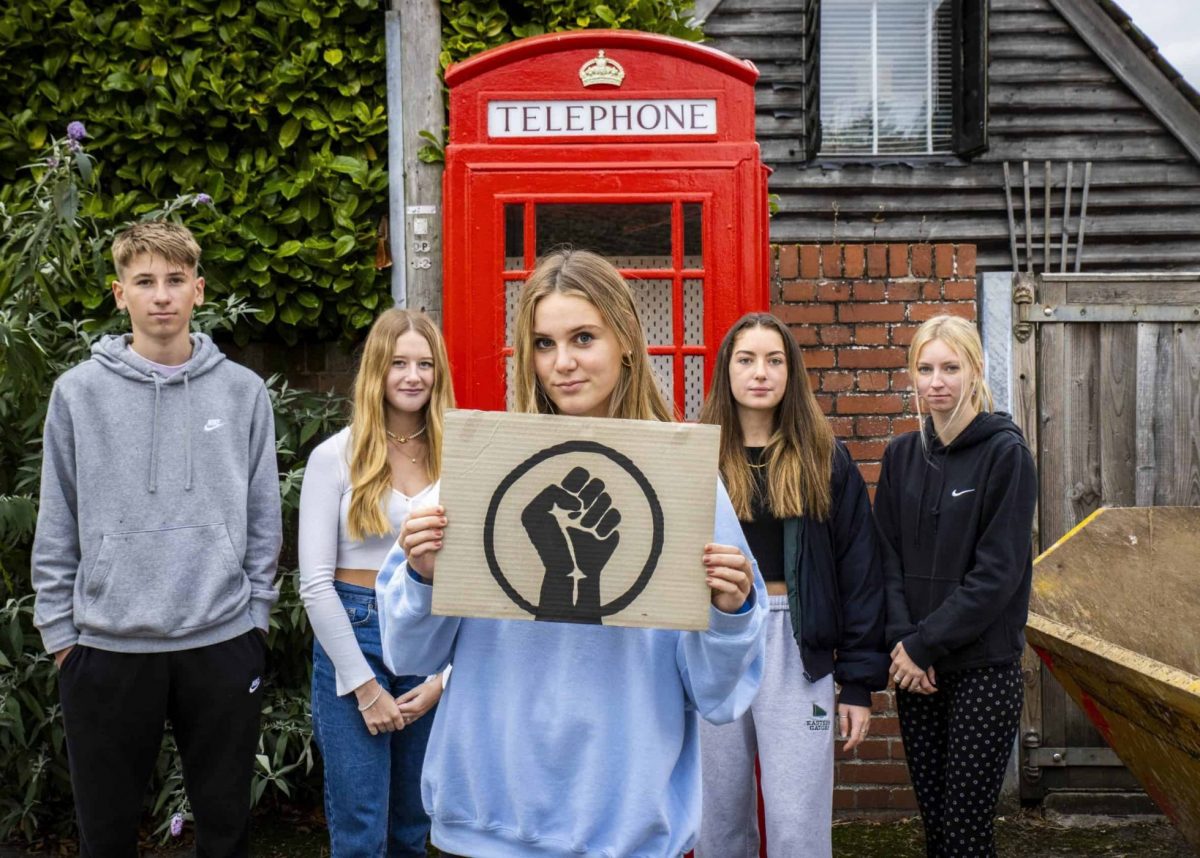 A race row has broken out in a village after a parish council refused to allow teens to use a phone box for a BLM display – with locals claiming it wouldn’t serve the “broader community”.

Youngsters in Urchfont in Wiltshire launched a petition to post information in the red box following the death of George Floyd.

Teens from the group ‘Youth of Urchfont’ made impassioned pleas to the local parish council and even secured the backing of some members.

But their plan for the ‘historical information point’ was eventually turned down by five votes to three at a meeting – sparking a race row.

Emily Kinnaird, from ‘Youth of Urchfont’, had told the council meeting: “Me and my friends thought it would be beneficial if Urchfont showed its support for the Black community.

“I think it is important to use education to raise awareness of racism especially in predominantly white Wiltshire.”

But one member of the public, who joined via Zoom, said: “While not mentioned in the current proposal Black Lives Matter, a patently political movement is clearly the catalyst, a movement that is demonstrably contentious and of itself offers little, to enhance the lives of the Urchfont community.

“Both the previous and current request/s clearly indicate that it serves the particular interests of a specific group and therefore, regardless of merit, does not meet the criteria of applying to the broader community.”

Campaign group ‘BLM in the Stix’ is now using the issue in the village, which has a population of around 1,000 people, as an example of supposed rural racism.

It said: “A group of young people in Wiltshire approached their local council to request turning a community phone box into a display on racism and were met with opposition that the topic was ‘too political’.”

Parish council chairman Graham Day said: “At its meeting on 8th July 2020, Urchfont Parish Council discussed a proposal for a possible use of the High Street telephone box which is owned by the council.

“A lengthy debate on this matter took place in our established virtual meeting format, with substantial public input both from those present at the meeting and others who had submitted comments to our clerk.

“Urchfont Parish Council is a non-political body comprising 11 volunteer members. It represents the interests of all residents across the Parish.”

In the latest development, the ‘Youth of Urchfont’ this week won the support of Dr Anjana Khatwa.

She joined Wessex Museums, which includes Wiltshire Museum in Devizes, to help boost engagement with under served audiences.

BLM in the Stix

She saw a tweet by ‘BLM in the Stix’ describing what happened in Urchfont and replied: “We would love to explore how to capture their voices through engaging with Wiltshire Museum.”

Online commenters have also had their say on the issue, which appears to have divided people.

One said: “What a shame that the young people’s enthusiasm is not being supported in the village.

“Surely time could be found for their display? This refusal could dissuade them from trying, the next time something needs doing.”

But, highlighting the involvement of ‘BLM in the Stix’, another posted: “How pathetic. If they think that’s racism then they clearly don’t know what the word racism means.”

Related: ‘Inaction costs lives’ as 1 in 4 BAME workers not given necessary PPE