A pregnant deer died after wandering onto a road with a carrier bag stuck on its head in what is being highlighted as another example of plastic blighting Britain’s wildlife.

The muntjac deer was killed after it got its head trapped in the plastic bag before blindly walking onto a busy street where it was struck by a car.

The tragic animal broke its neck in the collision, which happened on Bowbridge Road, in Newark, Notts, on Wednesday (14/11).

Newark and Sherwood District Council has now raised concerns over the environmental dangers of dropping plastic and litter.

Council leader David Lloyd said: “This was a totally avoidable tragedy which demonstrates the ultimate consequences of somebody just dumping a cheap carrier bag and having absolutely no regard for what harm it could cause to wildlife or the environment.

“It appears that this poor creature inadvertently got its head stuck in the carrier bag and was unable to break free.

“Its vision would have been severely impaired and regrettably it may have strayed into the road where it met its end.

“Quite simply had that bag not been dumped then the deer would almost certainly still be alive.

“This illustrates the importance of the council’s ‘Cleaner, Safer and Greener’ campaign which is highlighting the scourge of litter in our district and encouraging everybody to take responsibility for disposing of their rubbish properly.” 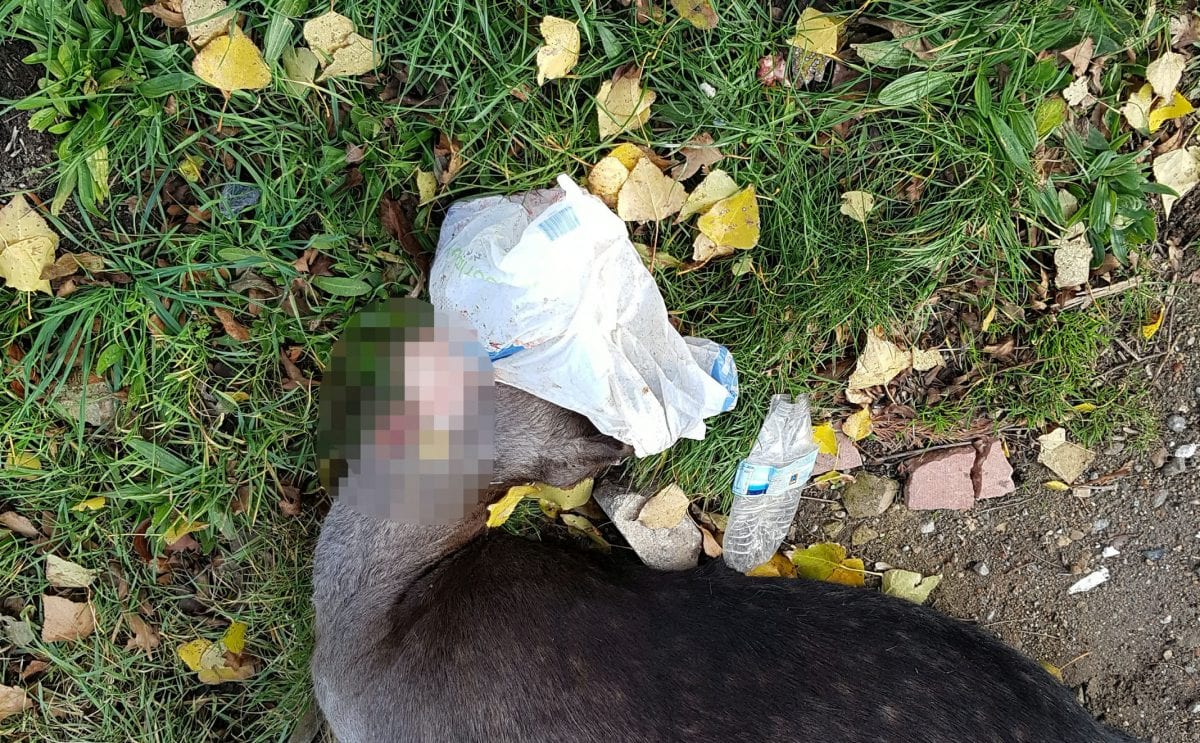 Thousands of animals and marine life die each year as a consequence of irresponsibly discarded plastic bags.

Animals can unwittingly climb inside plastic bags and suffocate, or attempt to eat them and choke.

Fines of up to £2,500 can be imposed at the magistrates’ court and an authorised officer can demand the name and address of any person who is suspected of dropping litter on the street.

It is a further offence to fail to give that information or to give a false name and address.

The authorised officer can issue a fixed penalty ticket of not less than £75 to anyone suspected of dropping litter which includes cigarette ends and chewing gum.

A spokeswoman for the RSPCA said: “This is a really sad incident and another example of how dangerous litter is to wildlife.

“Every month our officers, wildlife centres and hospitals deal with hundreds of cases where animals have become caught up in – and even died – from carelessly discarded items.

“An animal’s life could be saved if members of the public picked up and safely binned any litter they saw.”