A pair of desperate parents are urging people to sign the bone marrow register after their adorable daughter was struck down with a one-in-a-million rare condition. Myla Mae Hatcher, four, was suffering with large bruising and dots on her legs – but her parents thought it was just ‘kids being kids’. However, when her dad […]

by Joe Mellor
in Health, Heart Wrenching, Must Reads 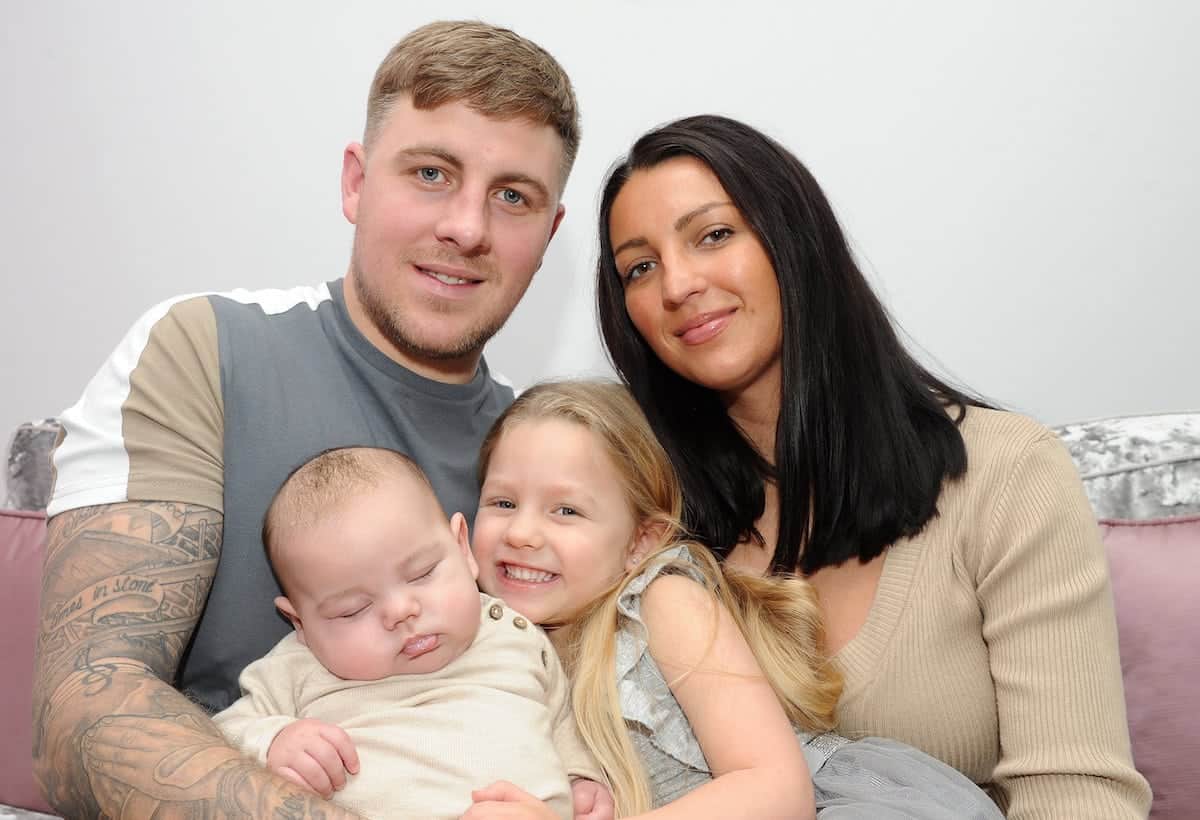 A pair of desperate parents are urging people to sign the bone marrow register after their adorable daughter was struck down with a one-in-a-million rare condition.

Myla Mae Hatcher, four, was suffering with large bruising and dots on her legs – but her parents thought it was just ‘kids being kids’.

However, when her dad John Hatcher, 28, casually showed his three-month-old son’s doctor pictures of Myla Mae’s rash he was told she needed to be seen to immediately.

It then turned out to be the nightmare before Christmas for the Hatcher family as little Myla Mae was diagnosed with severe aplastic anaemia (SAA) just three weeks ago.

The rare disease stops the regular formation of red and white blood cells and means the poorly youngster has to undergo three platelet transfusions a week.

The condition means Myla’s immune system is weak and makes her extremely vulnerable to the most common colds and flu.

The lively little girl, who a lover of ballet, gymnastics and swimming, is now hoping someone can provide the cure with a bone marrow transplant in 2018.

Her devastated mum Danielle Hatcher, 28, of Sheffield, South Yorks., said: “We initially thought she had leukaemia – that was the worst fear at the start.

“They did some tests and told us they would be in touch but they called us back the same day asking us to come in.

“It was an odd feeling – it wasn’t leukemia which was a relief but that soon changed after we were told it was SAA.

“Our world fell in – it was terrible news but we’re determined to keep going so we can get a donor.”

Myla Mae’s parents had noticed bruising on her legs and then some behind her ear and tests at Sheffield Children’s Hospital revealed the bad news.

They were told by medical professionals the disease is even more rare in children – and is ‘one in a million’.

Her three-month-old brother Rio’s bone marrow was tested – but he was sadly not a match.

Her dad John said: “The long term plan is to get Myla Mae a new bone marrow.

“Her current bone marrow is no longer functioning and the ‘bruises’ or ‘rash’ on the skin are the platelets coming to the surface.

“That is why we need to keep coming to the hospital to have transfusions.”

Specialist doctors in Sheffield are now searching the bone marrow donation register to try to find a match for Myla.

Heating engineer John was also forced to quit his job so he can focus on keeping his happy four-year-old girl as healthy as they can.

Danielle is hoping for some good news in the New Year and is urging people to join the register.

She added: “Myla Mae has been absolutely brilliant and everyone who meets her falls in love with her straight away.

“The doctors and nurses have been amazed because she’s so energetic and happy and she’s just full of life.

“We’re urging as many people as possible to join up to the register. It only needs a swab from the mouth and you’re on the list.

“We’re hoping to find a match for our little girl – we want her to have the best life possible.

“The post on Facebook has had a reach of almost 100,000 people so we are hoping that in the new year someone can turn our little girl’s life around.

To join the register, visit: www.dkms.org.uk/en/register-now