Rosie Henderson on Guernsey read out the Clameur de Haro - which means all actions must stop until the matter is ruled on by the court.

This is the moment a pensioner halted building works by invoking an ancient law – dropping to her knees in the street and reciting a 1,000-year-old Norman rite.

Rosie Henderson, 70, sat in the road outside the controversial site and read out the Clameur de Haro – a Norman custom of ‘crying for justice’.

In front of bemused spectators she shouted “Haro! Haro! Haro! A l’aide, mon Prince, on me fait tort”, then “Come to my aid, my Prince, for someone does me wrong”. 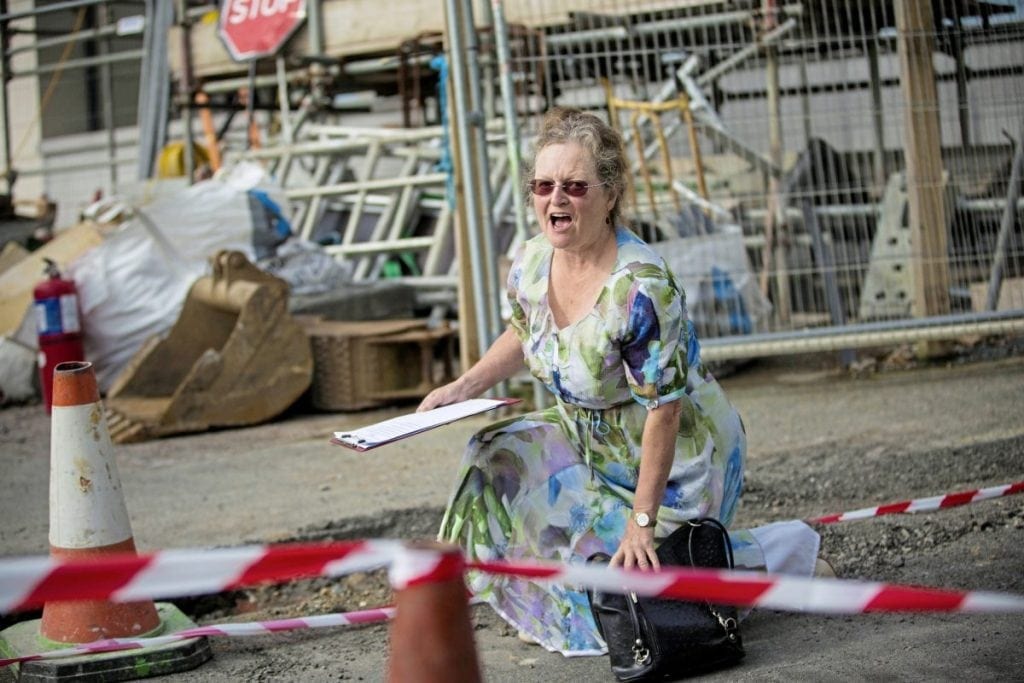 Rosie, of Guernsey, then said the Lord’s Prayer in Norman French – then registered the complaint with officials.

Her actions meant workers had to down tools and granted her 24 hours to pursue an injunction on the construction project in the courts.

The Clameur de Haro is an ancient legal injunction of restraint employed by a person who believes they are being wronged by another at that moment.

It survives as a fully enforceable law to this day in the legal systems of Jersey and Guernsey and is used infrequently for matters affecting land.

Rosie said she was objecting to the narrowing of an arterial road in St Peter Port to make way for a garden for a newly erected block of luxury apartments.

She said: “The clameur is sudden and absolute – The law states that when the clameur is raised all work must stop.

“I’ve always known about the clameur, everyone in Guernsey knows about it, but it very rarely gets used.

“I wanted the work on this proposed eradication of highway to stop – the buildings are built, that’s a different argument.

“I want the case to be properly looked at and not just glossed over.” 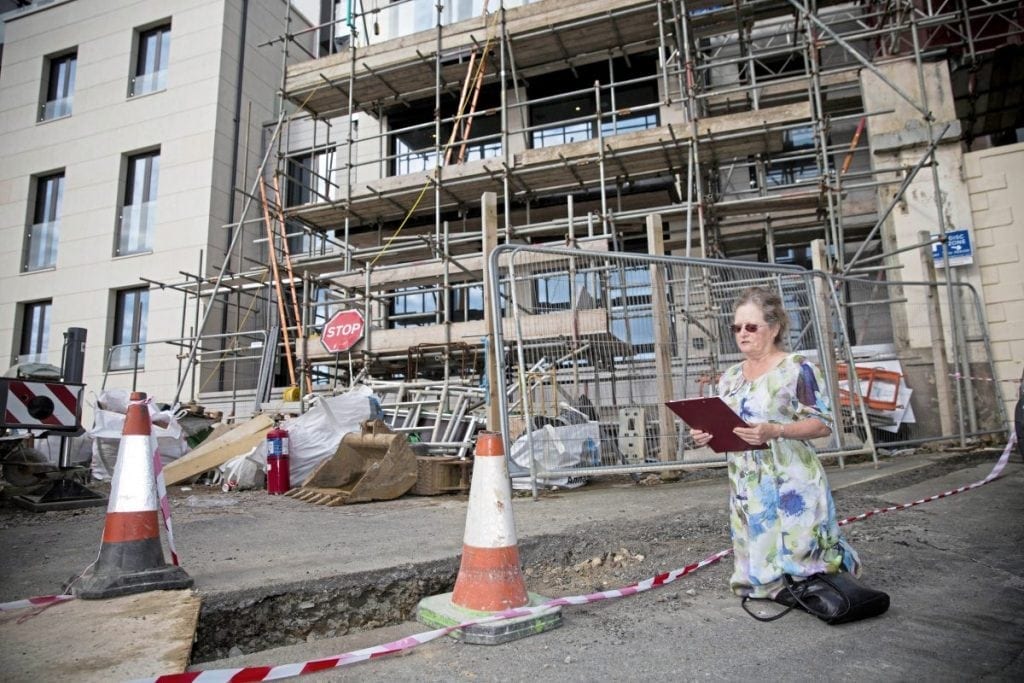 She argued the land being used for the garden is managed by the States of Guernsey and is leased to Comprop, the developer, at a “peppercorn rate”.

“It may be more attractive, particularly for the apartments,” said Rosie “but it does not benefit anyone in the local area and it is endangering pedestrians mobility.

“It was terrifying, it’s not a thing to be taken light heartedly.”