Neil Rylance, 50, tried to take advantage of the current health crisis to try and cover up his identity as he left Warwick Crown Court 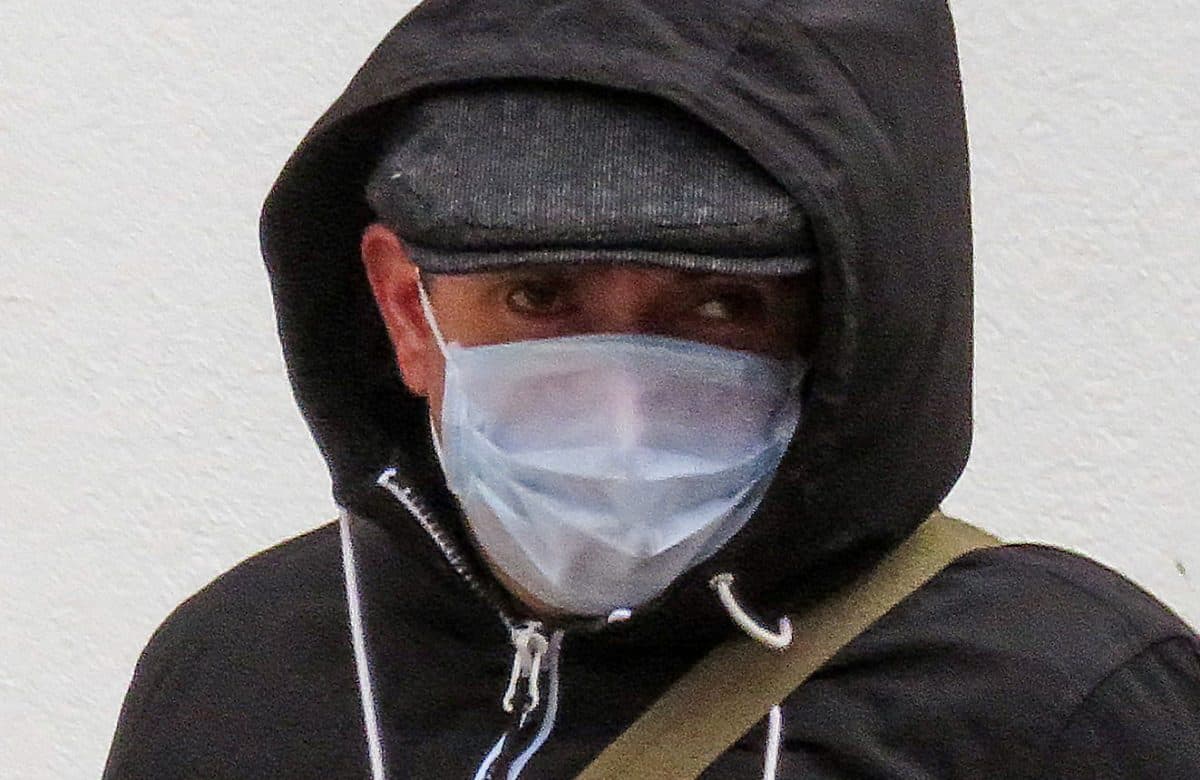 A paedophile donned a medical face mask in a bid to disguise his identity outside court after being spared jail for downloading indecent images of children.

Neil Rylance, 50, took advantage of the current health crisis to try and avoid being photographed as left Warwick Crown Court on Wednesday (18/3).

The defendant slipped on the surgical mask before leaving the building with his partner after he had been given a community order by a judge.

Rylance, of Rugby, Warks., had earlier pleaded guilty to three charges of making hundreds of indecent images of children.

The court heard how a warrant was executed at his home in June 2018 after police discovered he was uploading sick child abuse images.

He was arrested and various equipment was seized, including a PC tower, a laptop, an iPad, a mobile phone, an external hard drive and DVDs.

Specialist officers found hundreds of accessible and inaccessible indecent images of children when they examined the devices.

There was evidence of more than 1,400 images, including a number in categories A and B, showing children being subjected to penetrative and non-penetrative sexual activity.

The majority were 1,388 category C images of children in naked or indecent poses, with the images having been accessed on dates between October 2017 and June 2018.

Prosecutor Amiee Parkes said only 43 category C images were accessible, and all the rest were in inaccessible space, having been deleted.

He was given a two-year community order, with a 30-day rehabilitation activity, fined £500, and ordered to register as a sex offender for five years.

Sentencing, Judge Peter Cooke said: “The evidence demonstrates that over a couple of years your behaviour on chatrooms was soliciting images of gross material depicting the abuse of children.

“You became drawn ever more into it, but you are effectively a person of hitherto good character.”

Simon Hunka, defending, said his client suffered from long-standing health problems, and as well as anxiety, he suffered from issues with his eyes, a thinning of the cornea.

He added: “He was married and holding down a job, working around his health problems, and he was leading a perfectly positive life.

“But then the ending of his marriage in 2010 was the key turning point in his life. His life became two-tone, going to work and going home.

“He was self-medicating with alcohol, and his association with alcohol became more and more unhealthy, and his desire to have a social life took him online.

“His sense of what he was doing became rather warped. He justified himself that it was not as wrong as he now appreciates it was.

Before leaving the court building, Rylance and his partner both put on surgical face masks – which they later took off as he lit a cigarette.