After criticising PPE on social media and during a training session, she received a call to say the offer had been rescinded. 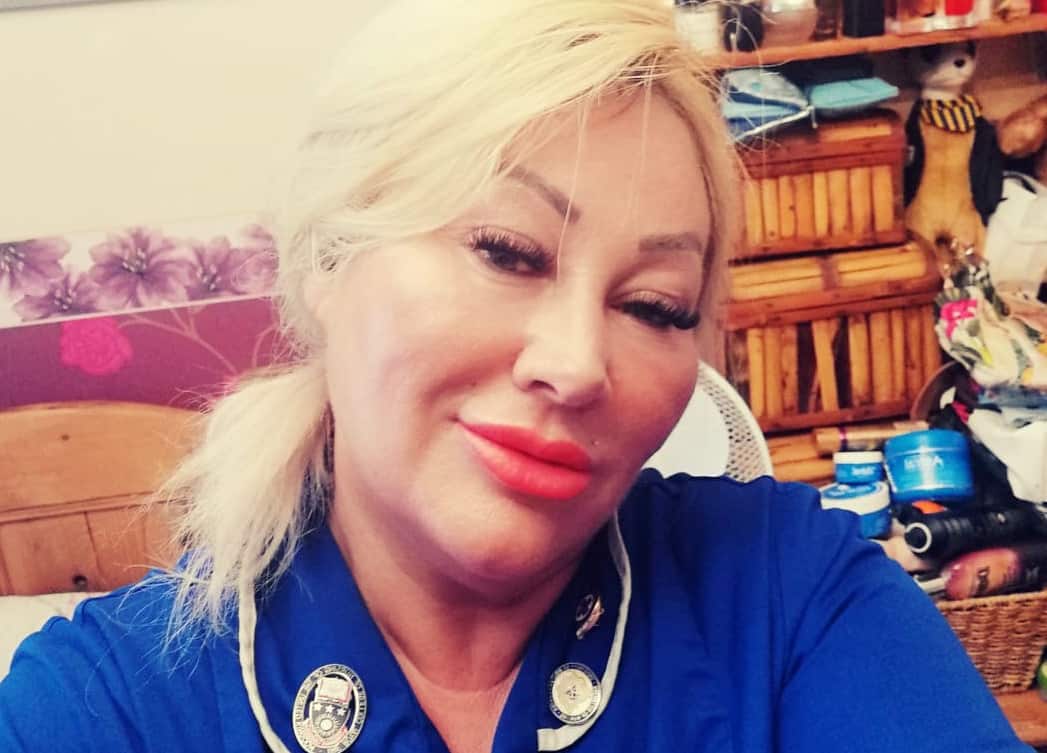 A nurse with 20 years of experience has had her job offer withdrawn at a hospital trust after speaking out about the lack of personal protective equipment (PPE), she has claimed.

Grandmother of five Kay Perry, 52, said she was offered a position as a Band 6 Nurse at Shrewsbury and Telford Hospital NHS Trust (SaTH) in early March.

However, after criticising PPE on social media and during a training session, she received a call to say the offer had been rescinded.

The trust have since issued an apology and say they are investigating the claims, with the job now still open to her.

Ms Perry, an agency nurse from Coseley in the Black Country, was most recently working at the Princess Royal Hospital in Telford, where the permanent role would be based.

After the Covid-19 outbreak, the paperwork was still being processed and she continued doing shifts at the hospital as an agency worker.

She said: “Agency nurses are marvellous because we work in a lot of different areas.

“I was encouraged by my manager to apply for some new roles at the Princess Royal. She opened up the post for me to apply and the job was offered to me on 06 March.

“Two weeks before the lockdown the government downgraded the level of the virus.

“Public Health England gave guidance to hospitals and they were meant to follow it. It’s a guide, not a law.

“A week later, we had more patients coming in but we no longer were allowed the PPE we had been using. It was just an apron, gloves and a surgical mask.

“I have worked in theatre for 20 years and I know that a surgical mask does not protect you against any virus. It’s just splashes from surgery.

“I questioned this change on Facebook. Some of my colleagues weren’t aware of the downgrade and they were all confused.

“I was saying to fellow health workers, please, please, please be safe. Wear the correct PPE. We don’t know how this virus propagates itself, we’re in new territory here.

“My complaint was not directed at Telford and Shrewsbury. It was more about staff looking out for themselves generally and wearing the correct equipment.”

Kay, who also suffers from diabetes and a heart condition, has lost three former colleagues to coronavirus so stressed the importance of being safe.

When the pandemic broke out, due to her agency role, she also took shifts at Sandwell Hospital, in West Bromwich after holiday plans were put on hold.

Kay said she felt “very safe” with the equipment used there. When she next went back to the Princess Royal Hospital on 20 March in Telford, it was a completely different story.

She said: “I was horrified with what I saw. Within the Resus Area (Resuscitation Area) they had a paediatric version with children there.

“There were three possible COVID-19 patients that came into that area and one that needed to be intubated, but they were still bringing children in too.

“I said, we can’t bring kids in here, we don’t know if these patients have got the virus or not, we need to protect the children.

“It takes three days for the tests to come back, but if they are clinically symptomatic we can see that they are going to have it.

“We’ve had patients die with a negative swab because we later realise that they were positive in post-mortem.

“I flagged it up and a matron came down and told me off for wearing PPE, quoting the Public Health Guidelines.

“We argued about it and I told her I was wearing this PPE for my safety and my patient’s safety.”

However, the following day it was “complete chaos” according to Kay and was the last shift she did at the hospital.

She added: “I just couldn’t do my job properly. A young nurse was going in and out of the isolation unit, not changing her clothes or using PPE and going to sit at the nurse’s station.

“I questioned why a relative was allowed in and out of the isolation unit, who had no PPE on and didn’t wash their hands.

“We had staff who hadn’t been educated and had no training.

“I was horrified that we were bringing patients in from the ambulance who had COVID-19 symptoms and mixing them up with pretty much every other patient.

“I posted something on the hospital Facebook page outlining my concerns that night, along with raising them with senior staff.

“There were doctors there that hadn’t been face fit tested, to make sure their mask is the right shape.

“There were only a few masks left and they were genuinely fighting over them. One doctor had his mask on upside down.

“We had very little PPE in the department and the doctors were refusing to see patients because they had no adequate protection.

“Two of my good colleagues were fighting over the last visor because they were being sent into the isolation unit without anything. It was horrific. I’ve never seen anything like it.”

One senior staff member then allegedly questioned her mental health when she raised these issues.

“The doctors were refusing to see patients that were literally on death’s door,” she said “These patients were so sick, I’ve seen so many deaths.

On the 27 March, Kay was invited to a training session ahead of her upcoming role where she again tried to voice her concerns.

She said: “The doctor leading the course agreed with me but said it was still the Public Health Guidelines.

“He then started to say nurses would be expected to assist with Intubation, which I am trained to do but many of my colleagues aren’t.

“He claimed they had one days training and it would be enough. I’ve done a three year degree course, with 20 years experience, and I wouldn’t have anyone assisting unless they are qualified.

“I viewed it as a discussion, there was no profanity or anything like that. Afterwards, some junior nurses thanked me for speaking up on their behalf.

“The same evening, I got a message on Facebook from a manager at the Telford Emergency Department basically telling me to wind my neck in about my social media posts.

“She said I was scaremongering amongst the staff. I didn’t reply to her, and I just continued my campaign.”

The mother of four received a call from the trust on 6 April, saying they were retracting the job off as she was “too outspoken” and “disruptive” at the training session.

Kay said: “They called my agency and said I was permanently banned from the trust. I was in tears.

“I was there for 18 months. I actually stayed when people left over the pay decrease because I wanted to make a difference.

“I was really, really angry because they tried to denigrate me to my agency. I couldn’t believe it.

“I’ve got loads of messages from colleagues they were appalled by what has happened to me. They were looking forward to me coming and working with them.

“They became more friends. I was told two days ago that they’ve been warned not to speak to me at all, especially on Facebook, and that they will be disciplined if they do.

“Staff members are texting me saying we are scared. We don’t know what to do. So I am standing up and fighting for them.

“I’ve worked in a lot of different hospitals in the West Midlands. At a lot of places, they have actually got some really good contingency plans in place.

“It was like I was the odd one out, shouting the emperor’s got no clothes on.

“The CQC has rated the Princess Royal as inadequate, who I have also contacted. Staff feel like they have been bullied into wearing this rubbish PPE. I felt like I was naked.

“I want my name cleared. I have done nothing wrong. I’ve sent all the evidence and information to the Head of HR at the hospital, so he’s aware of everything that’s going on.

“I’ve been transparent in telling them what has been happening on your shop floor.

“I love my job as a nurse. I’ve been in health care for many years, but I wish I worked in an office right now.

“Not on the frontline. It’s so scary. Honestly, the number of patients I have seen come in and die this horrible death.

“It has traumatised me so much. I just wish I’ve never trained as a nurse. I love my patients and I love my job.

“It is just horrible. People don’t realise or understand. I wish I could take them somewhere to show them how serious this is.”

Maggie Bayley, the interim Chief Nurse at The Shrewsbury and Telford Hospital NHS Trust (SaTH) said: “On behalf of the Trust, I apologise for Kay’s experience and the way this issue has been handled.

“We believe the decision to withdraw her offer of employment was made too quickly and further discussions should have taken place.

“We have written to Kay to inform her that the offer remains open and are offering her the chance to meet with myself and our Workforce Director to discuss the matter further.

“Like the rest of the health sector, we are managing our stocks of Personal Protective Equipment (PPE) closely and working collaboratively in our healthcare system to provide mutual aid as required.

“Additionally, our Procurement team is on-site until 11pm daily to ensure they can respond promptly to any PPE concerns and take immediate action and overnight escalation is in place.

“Also, with help from our Maxillofacial and Audiology teams, we have done a fantastic job in building up our stock of visors.

“We have been inundated with kind offers of visors, but I’m pleased to say we do not need any more at this time.”