by Joe Mellor
in Good News, Must Reads, Sport, Tennis 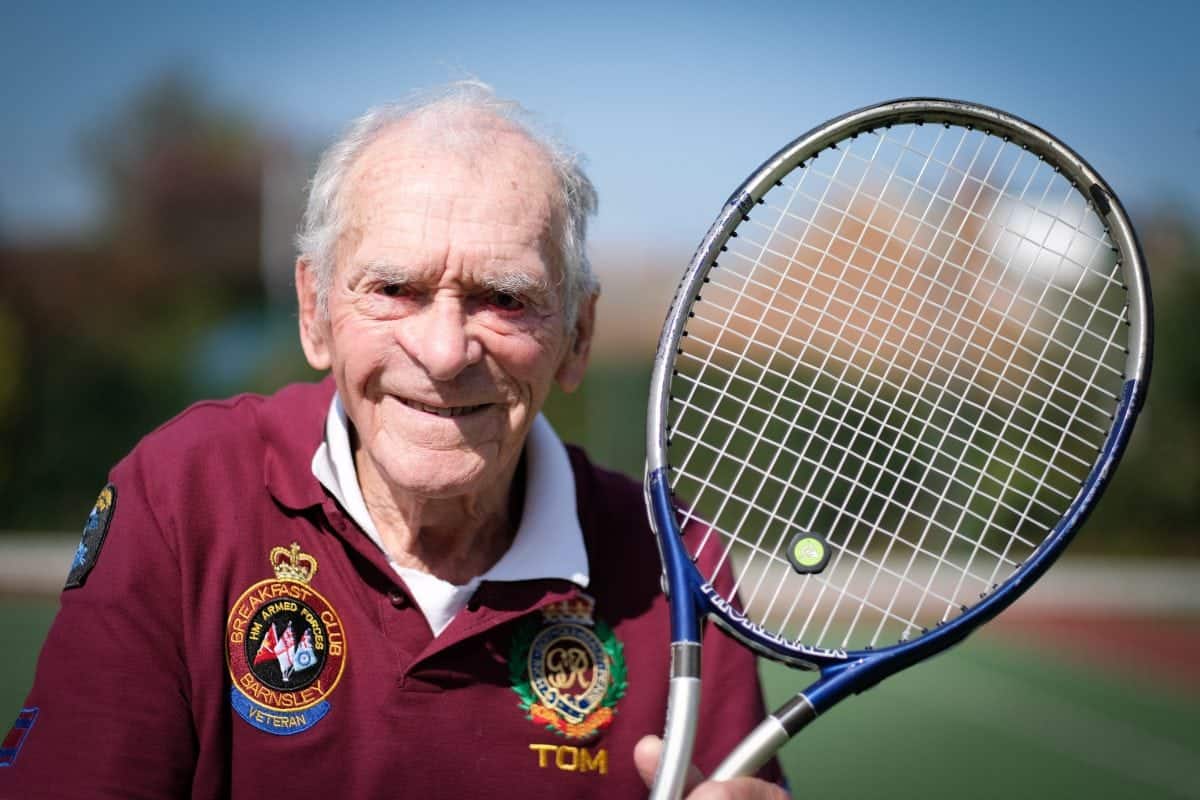 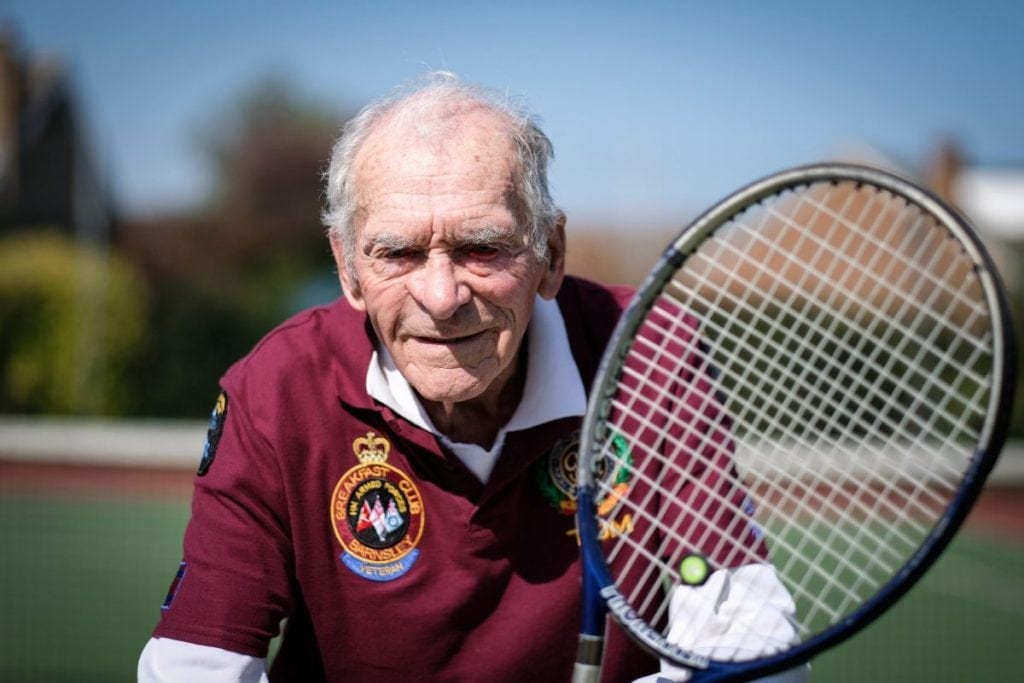 The active pensioner continues to play tennis with friends three times a week, often sneaking in extra sessions to perfect his not so secret weapon – a backhand with spin.

He has been a member of Notton Tennis Club near Wakefield for 40 years and makes the short eight-minute journey from his home all year round no matter what the weather.

Father-of-two Tom has no plans to hang up his racket just yet and has set his sights on playing a game or two on his 100th birthday next year.

He said: “It’s a sport I’ve always loved and I’ve played since I was a youngster. 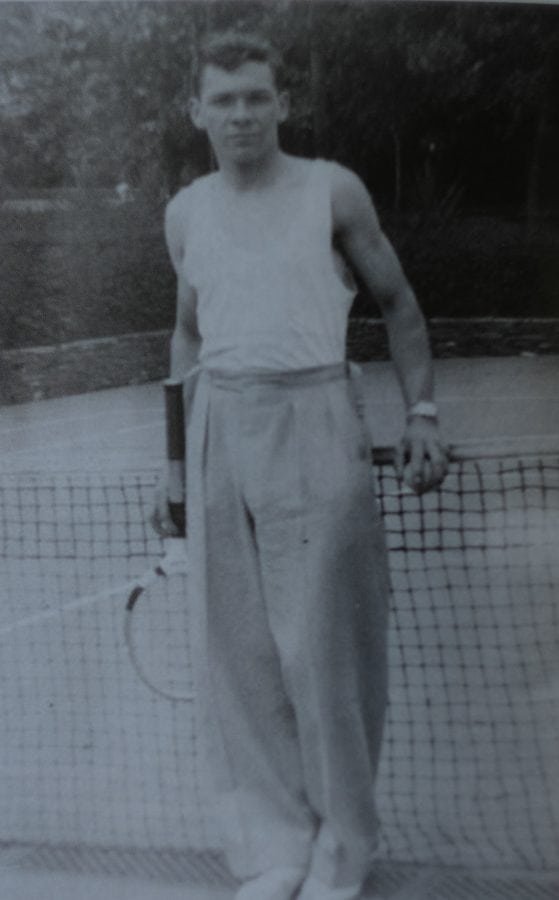 “If I stopped playing, that’s when I’d start to feel my age, but keeping fit and healthy comes with playing tennis.

“I’ve always led an active lifestyle. I enjoy the fresh air and being with friends, so I’ll never stop playing tennis.

“It’s a good active game, it does keep you mobile but you can get injuries which take a bit longer to recover from.

“I like a backhand with spin low into the corner, nobody is ready for it and that’s my favourite. We never practice we just play. 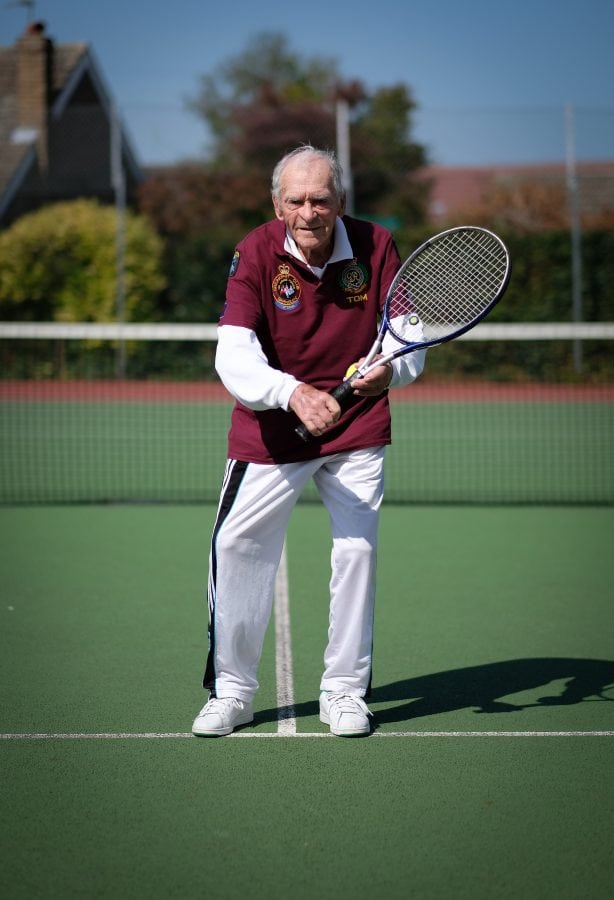 “As long as I can do what I do now and play like I can I will continue. It’s now my number one sport.”

A bonus of his efforts on the court is that Tom, who lives in Royston near Barnsley, South Yorks., is in tip-top shape.

“I’m still able to get around the court,” he added.

“It’s just a social club and I play three times a week. I win sometimes but once I start getting beat over and over I’ll stop.

“We start with mixed doubles and have seven games each time. We come off and then change partners. 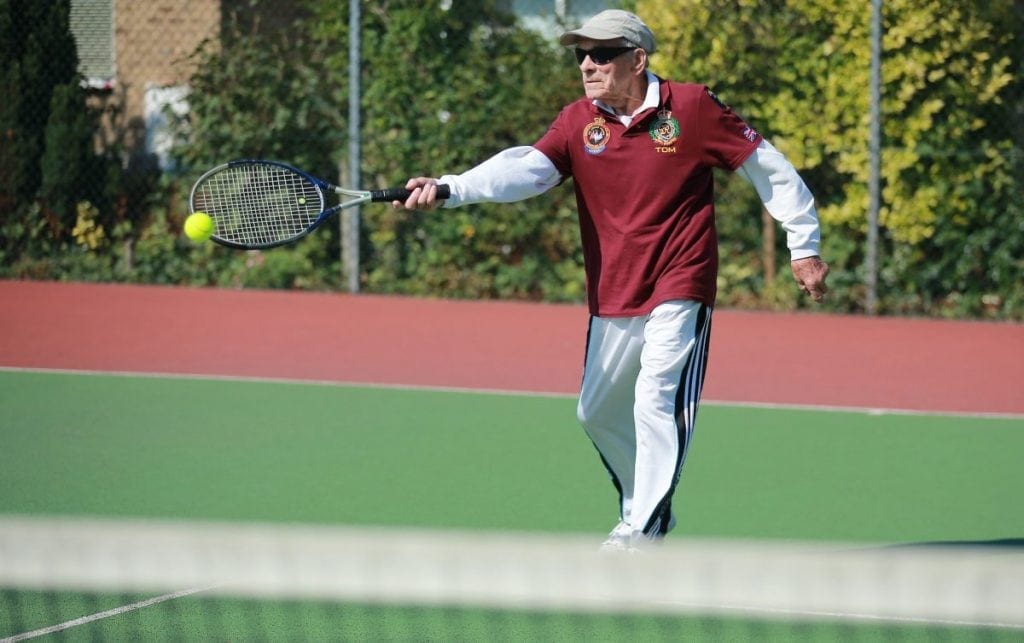 “We usually start at 9am and play until 12pm, it depends on how we feel.

“My first racket was a wooden Slazenger but I now have a nylon frame tennis racket. It’s a great improvement now with the rackets especially for people like me.

“I used to play bowls years ago but I couldn’t play that in the morning and tennis in the afternoon so I chose tennis.”

Tennis wasn’t always part of Tom’s life, he was instead more of a rugby fan at school because he couldn’t afford a racket.

But Tom does remember watching Fred Perry win his first Wimbledon in 1934 — when he was eight-years-old.

The now energetic pensioner had a brief hiatus from sport altogether following the outbreak of World War Two.

Tom, whose life story is told in a book called Captured at Arnhem, left the railway where he was a steam engine driver and volunteered to join the Parachute Regiment.

He joined the 1st Parachute Squadron of the Royal Engineers and was captured when he fought at Arnhem and spent many months in a prisoner of war camp in Germany. 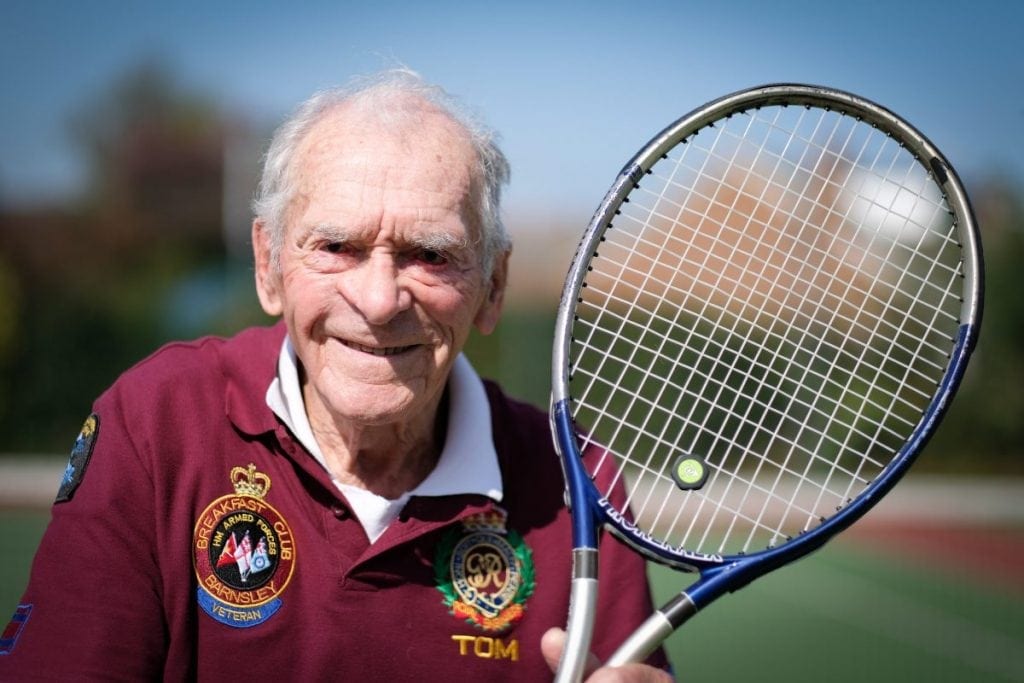 But he was persuaded to join the Notton Tennis Club by a friend 40 years ago and hasn’t looked back since.

Off the tennis court Tom keeps fit by gardening and dancing once a week.

José Guadalupe Leal Lemus currently holds the Guinness World Record for the oldest tennis player, aged 101 after taking up the game in 1925.