A down-on-his-luck man has spent years begging strangers to ‘give me shelter’ while sleeping rough on a street – opposite the headquarters of Britain’s biggest homeless charity. Army veteran Tony Richards has built himself a makeshift camp on the cold street opposite the posh London headquarters of Shelter, a charity who work to help the […]

A down-on-his-luck man has spent years begging strangers to ‘give me shelter’ while sleeping rough on a street – opposite the headquarters of Britain’s biggest homeless charity.

Army veteran Tony Richards has built himself a makeshift camp on the cold street opposite the posh London headquarters of Shelter, a charity who work to help the homeless.

The 67-year-old used to play chess with passers by to while away the hours on the street, but bullies broke his beloved set last weekend as he slept.

Tony has slept rough in London for 28 years, and has spent the last three years on a bench directly across the road from Shelter’s head office.

He spends almost every day on a bench opposite the charity’s multi-million pound, glass-clad headquarters challenging passers-by to games of chess – and for a time had a camp bed set up before police told him to move it, he claims. 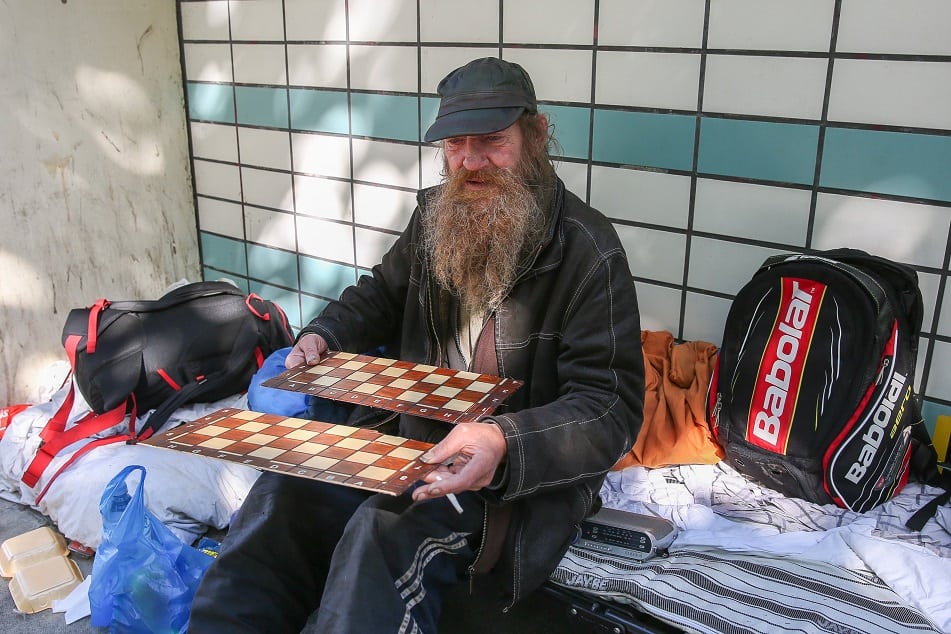 Tony said: “Every day it hurts that I wake up opposite a huge homeless charity, and know they won’t help me.

“Shelter are useless, they really are bloody useless.

“If you’re 25 they will get you a place but when you get to my age they won’t help you.

“It’s a shame really because they say they will help anybody – but they won’t.

“Occasionally somebody will come over and have a game of chess – and occasionally bring me a cup of tea – but they close their eyes to my needs.

“I live in hope that they notice I need help.” 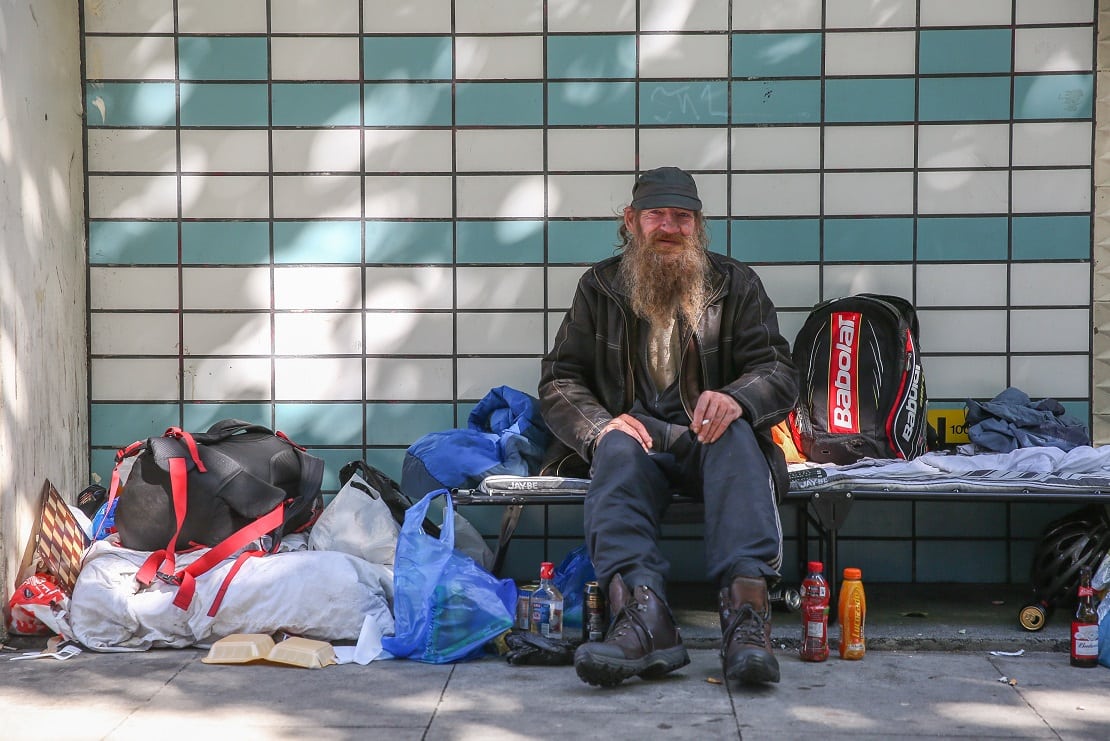 He is so entrenched in his little encampment opposite the headquarters, he has duvets and blankets – and even a camp bed.

In winter Tony lives in a tent in a doorway a hundred yards away from Shelter’s headquarters.

Tony woke up on Sunday morning to find his chess board smashed on the street next to him – and believes thugs destroyed the game while he slept.

He said: “I was asleep and I woke up and it was gone.

“I don’t know what happened – some bullies must have come along and smashed it.

“I’m feeling dead. As soon as I get the money I’m going to buy another.” 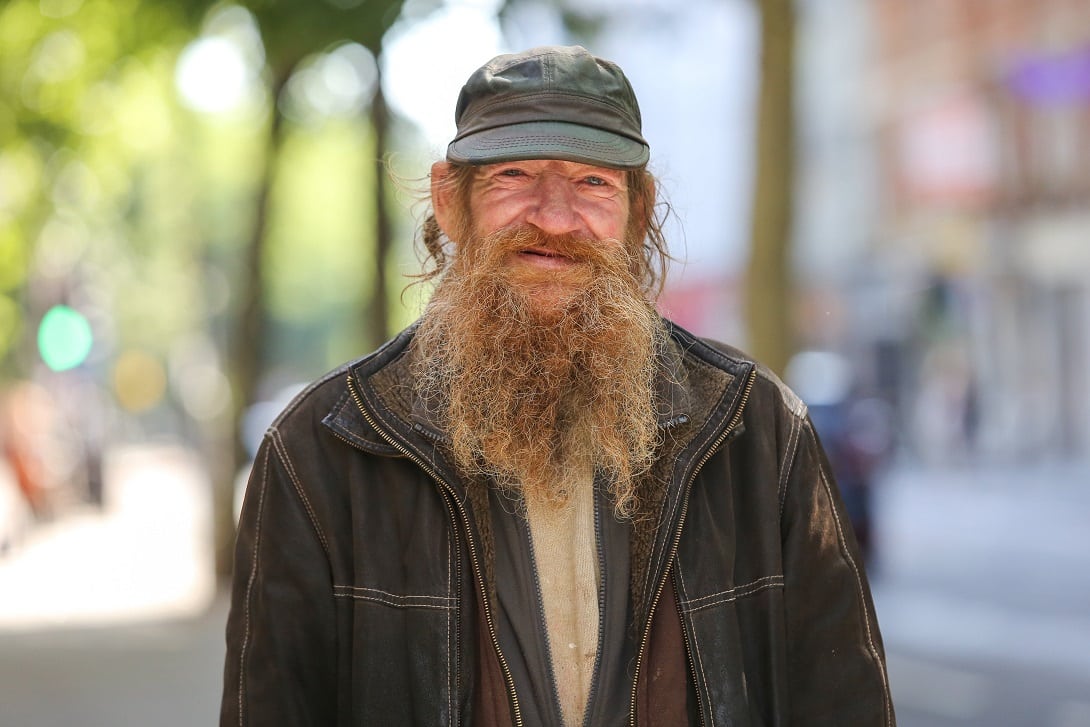 Tony would play hundreds of games of chess every week, challenging passers-by at his small camp in Old Street, one of the capital’s most well-known roads.

He said the ancient board game is his only ‘escape’ from life on the streets.

Tony said: “I have got loads of people who come to play chess with me. It’s nice.

“They all want to come and take me on.”

Tony, originally from Coventry, says he served in the Armed Forces and worked on fishing trawlers in Scandinavia before he ended up on the streets.

As a soldier Tony spent seven years based in Berlin while serving with the Coldstream Guards. 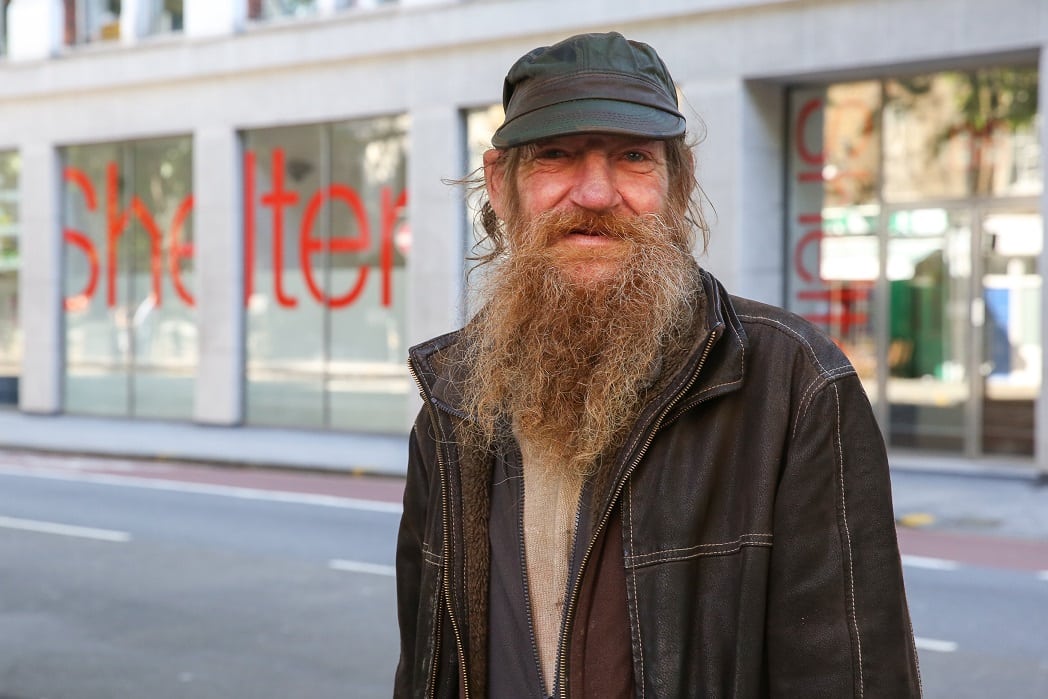 He joined the army aged about 20, in the late 1960s, at the height of the Cold War, and said his main role was peacekeeping in the city, which was left divided following World War Two.

He said: “It was to stop the arguments between England and the Germans, because at that time we had big arguments, they were blowing everyone up.

After leaving the army he worked as a fisherman on trawlers across the globe before moving to Hackney Wick in east London to look after his sick uncle – then becoming homeless.

He added: “I used to work on the fishing trawlers in Iceland, Scandinavia, Nova Scotia – we used to go wherever the fish were. I’m talking 30 years ago.

“My uncle, he got cancer and I moved in with him to look after him and then he died. He didn’t last long – about six months.

“When he died I went to the council but they turned around and said, your name isn’t on the register.

“I said obviously, it’s not my flat, and they said all we can offer you is a hostel.

“I said no, bought myself a new rucksack, a new sleeping bag, new tent and said bye.

“That was 28 years ago. I’ve been on and off the streets ever since.

“I try to keep my chin up. It’s been quite tough. I have had days without anything to eat or drink.

“You will look for a bottle of water everywhere, but you can’t get one – that’s when you’re desperate.” 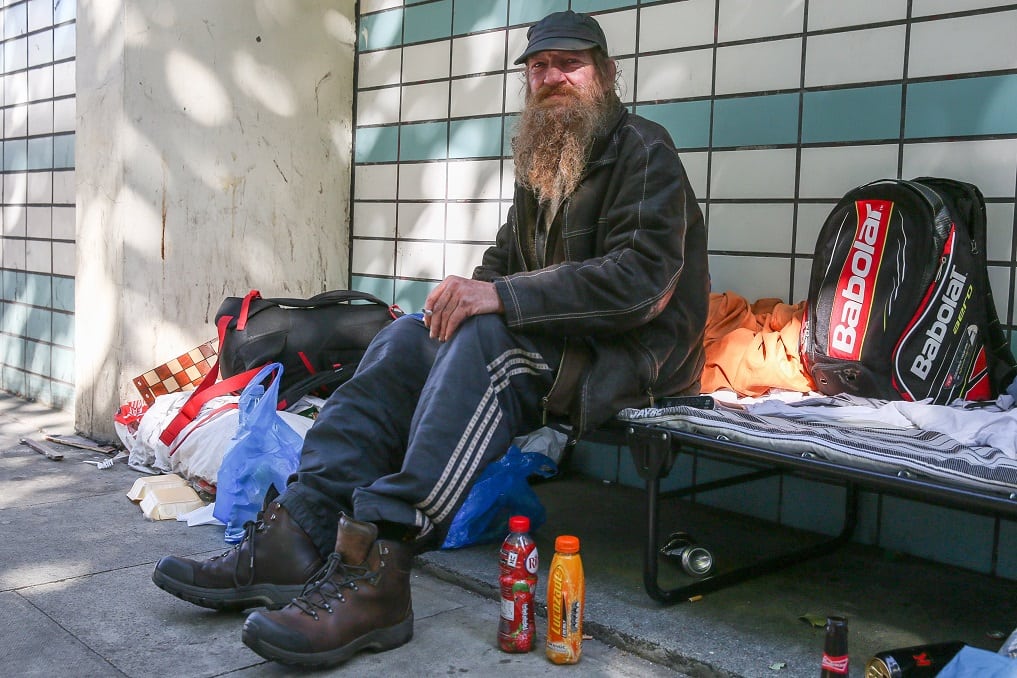 “You’re thinking four games in one.

“Without chess, it would be boring, it really would, because what else are you going to do?

“I will probably still be sleeping here when I die.”

Tony, who has been married once 40 years ago, also has a radio for entertainment – and a mobile phone which he admits he’s never used.

Homeless charity Shelter said there is ‘nothing they can do’ to help a 67-year-old living on the streets outside their head office.

The charity said Tony Richards has been offered help but claim he told them he is happy where he is.

Alison Mohammed, Director of Services at Shelter, said: “Shelter is well aware of the gentleman sleeping on Old Street and our London team has been to speak with him on a number of occasions throughout 2016 and 2017.

“On every occasion, we have offered advice and to help him access any services he is entitled to such as supported housing.

“However, he has refused the help saying he is happy to remain where he is.

“There is therefore nothing more we can do at this stage other than respect his wishes and keep checking in with him in case his situation changes.

“Shelter does not only offer support to under-25s, our advice is offered to anyone of any age, anywhere in the country.”