Jack Ashby, 36, from Herts., snapped the adorable seals hauled out on Blakeney Point in north Norfolk which is owned by the National Trust.

The manager of the University Museum of Zoology, Cambridge, photographed the seals in the banana-shaped ‘head-up, tail-up’ pose. 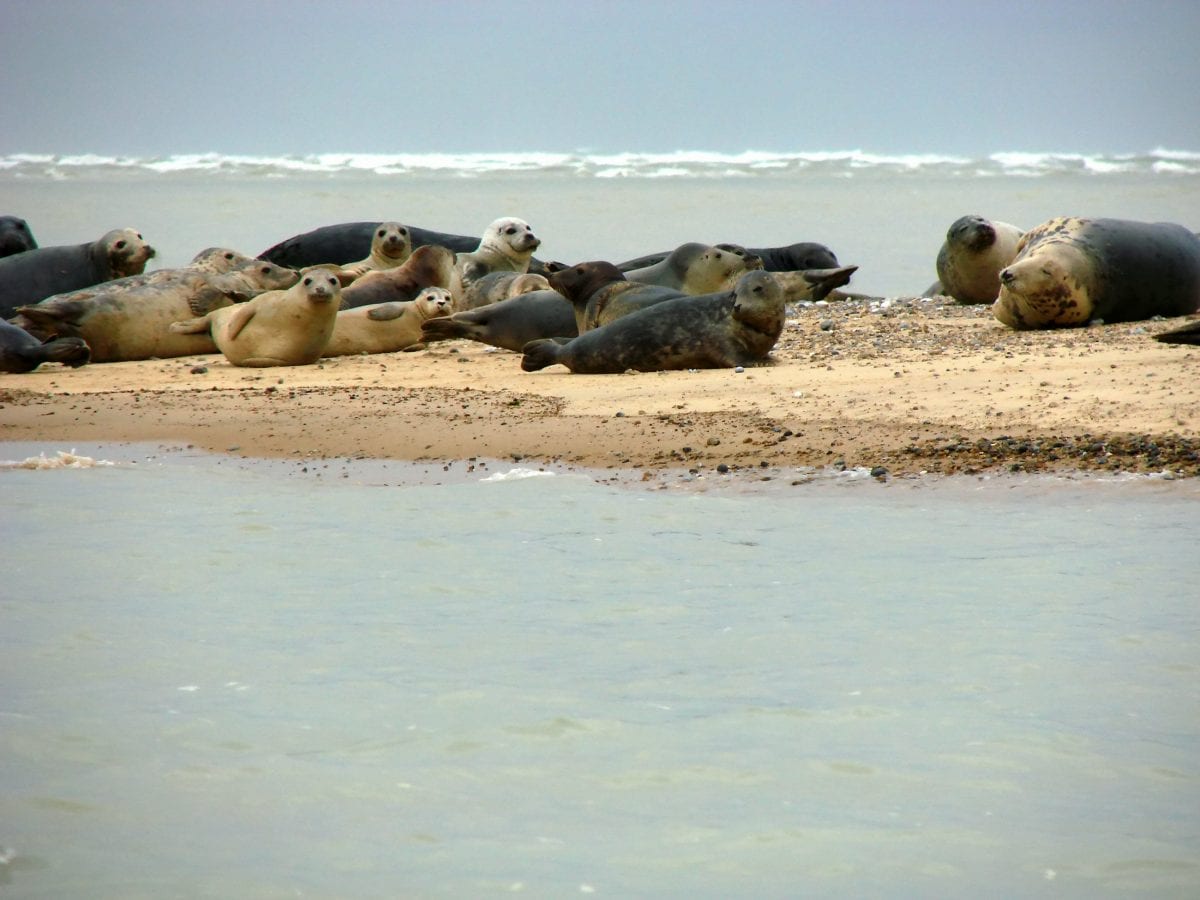 It is believed the seals adopt this pose on land in an attempt to keep their heads and feet dry as their fur is thinner in these parts.

The breeding season for grey seals in north Norfolk has already reached the halfway point with more than 1,700 pups born so far.

National Trust says the total is set to rise above 2,700 by the time the season ends in January, exceeding the total of last year.

After a dry summer, the first pups were late arriving but there is now an average of 163 pups being born each day. 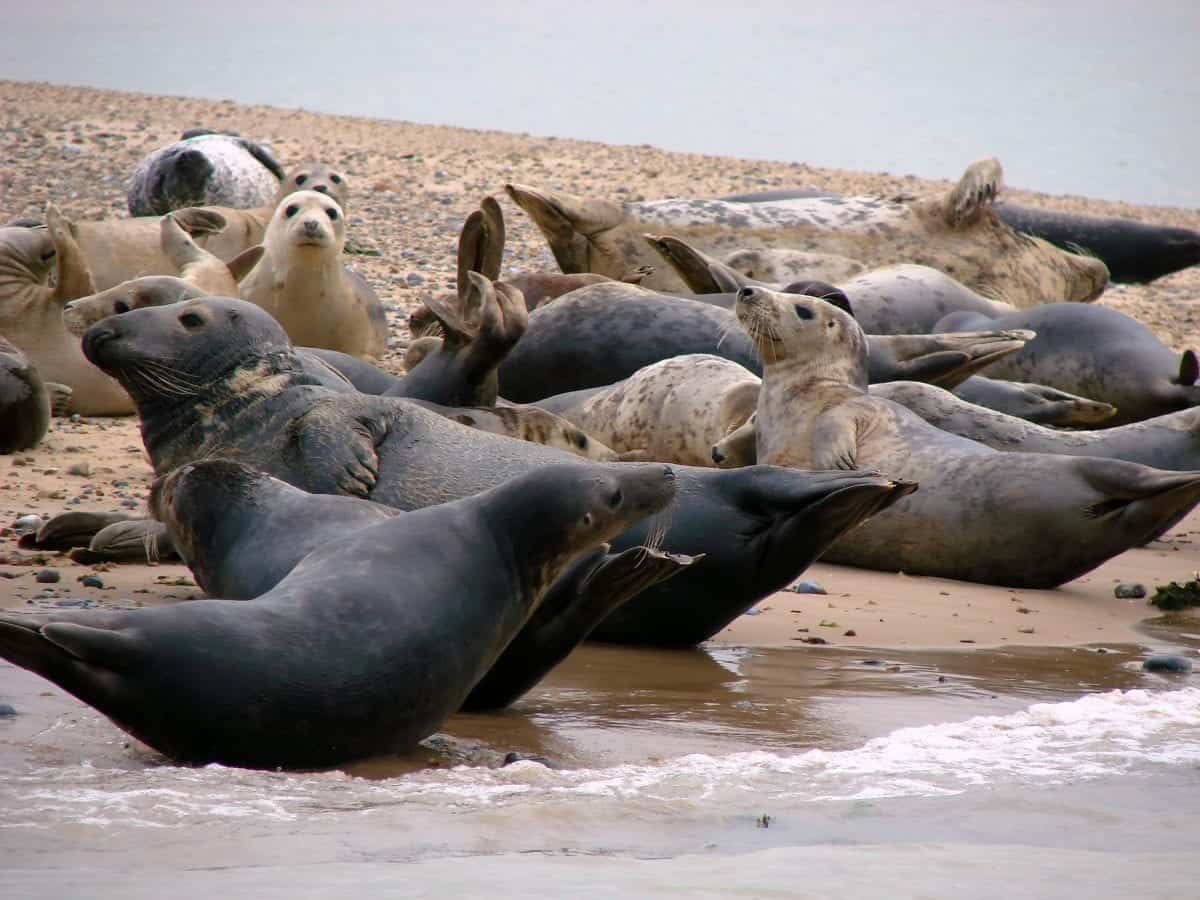 Blakeney Point is an ideal breeding spot for the seals and the National Trust said their main aim is to keep the disturbance to a minimum.

Grey seal pups are born on land with white coats but triple in size and shed their white fur after they are fed on their mother’s milk for up to three weeks.

Pups are regularly checked by rangers and are taken to RSPCA animal hospital if any are found to be seriously ill or injured.