Mohammed Isuf Ahmed, 18, who lives with his mum and two younger brothers in a tiny flat in Aldgate, East London, had the enviable task of choosing between two of the world's top three universities. 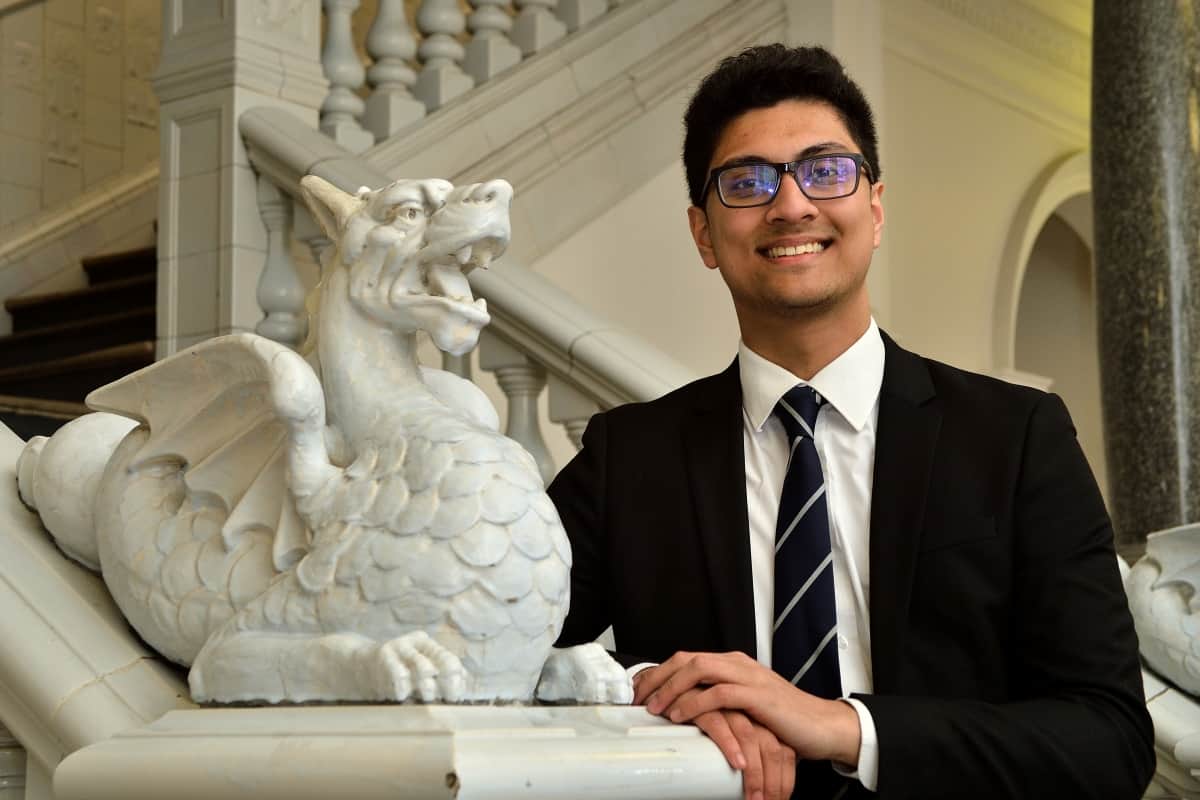 The son of an immigrant single mum is set to take up a prestigious £250,000 scholarship at the world’s highest ranked university – after being rejected by Cambridge.

Mohammed Isuf Ahmed, 18, who lives with his mum and two younger brothers in a tiny flat in Aldgate, East London, had the enviable task of choosing between two of the world’s top three universities.

He plumped for top ranked Massachusetts Institute of Technology in the US – ahead of third-highest rated Harvard – after MIT offered him an all-expenses paid £250,000 scholarship to study physics and aerospace engineering.

The choice came despite him being earlier rejected by Cambridge, ranked seventh in the world.

Mohammed was among a select group of students from state school Newham Collegiate Sixth Form, in East Ham, who travelled to the US last October to tour the prestigious ‘Ivy League’ university.

They got the chance to sit in on lecturers at the universities, meet current students and found out about pathways into the prestigious colleges.

Prior to the visit, the sixth form paid for a US teacher, who specialises in preparing students for America’s SAT tests, to travel to London to tutor them.

Mohammed passed the test, which marks students in aptitude and critical thinking, with flying colours despite also having to study for his A-levels in maths, further maths, physics and chemistry.

Isuf said: “I got rejected by Cambridge at the beginning of January and I was heartbroken.

“It was my dream to go to a life-changing university, and I honestly didn’t think I would get into the US universities if I couldn’t get in here.

“But then the MIT letter came and then Harvard. That was unbelievable, I still just can’t believe it. I have decided on MIT because it is the best university in the world for aerospace engineering.”

He was inspired to apply to the top American universities after former Newham Collegiate pupil Tafsia Shikdar was accepted to MIT in 2017.

Isuf said: “I know this will totally transform my life.

“It feels like I have won the lottery. My family has never had lots of money but they have been incredibly supportive.

“When I heard about former NCS student Tafsia getting into MIT I just thought ‘why not me?’

“I hope it inspires more East End kids, who might think they’ll just never get in to these places, to apply.

“This has only happened because I went to Newham Collegiate Sixth Form.

“We have very good sixth forms in Newham, but only one can say they have helped students into the very best universities in America.”

Mouhssin Ismail, who gave up a six-figure salary at a City law firm to take up the role of Newham Collegiate principal, said: “This is the next step in our evolution.

“Our students are now looking beyond the Russell Group universities, beyond Oxford and Cambridge, beyond the UK.

“To have the choice between the two best universities in the US is not only an incredible achievement for Mohammed, it is also a marker for every student at the NCS of what can be achieved.

“We will soon have two former students studying at the world’s top university.”

He added: “We will continue to push the boundaries of what can be achieved by our students.

“We want them to think big, really big.”

Mohammed lives with his mum Shifa Begum, 39, sister Saif Tariq, 15 and brother Mohammed Mahir Ahmed, 16. His mum is a receptionist at an optician.