A man from North Carolina could be at risk of having to leave the UK and return to the States, despite the fact that he is married to a UK citizen.

A gay couple could be forced to live in different countries after a UK judge “refused to recognise their marriage”, they claim.

They came to the UK to spend time with Benjamin’s terminally-ill mother and want to stay now his dad has been struck down by lung cancer.

But Brian’s latest appeal to the Home Office for an extension of his visa has been refused – and Ben isn’t allowed to live in the States.

The couple claim a judge declined their appeal because he said they were “civil partners” instead a “married couple”.

Gay marriage was legally recognised in New York in 2011.

Brian has been told that he must either leave the UK within 14 days or apply for permission to appeal to the Upper Tribunal, the next stage of the process. 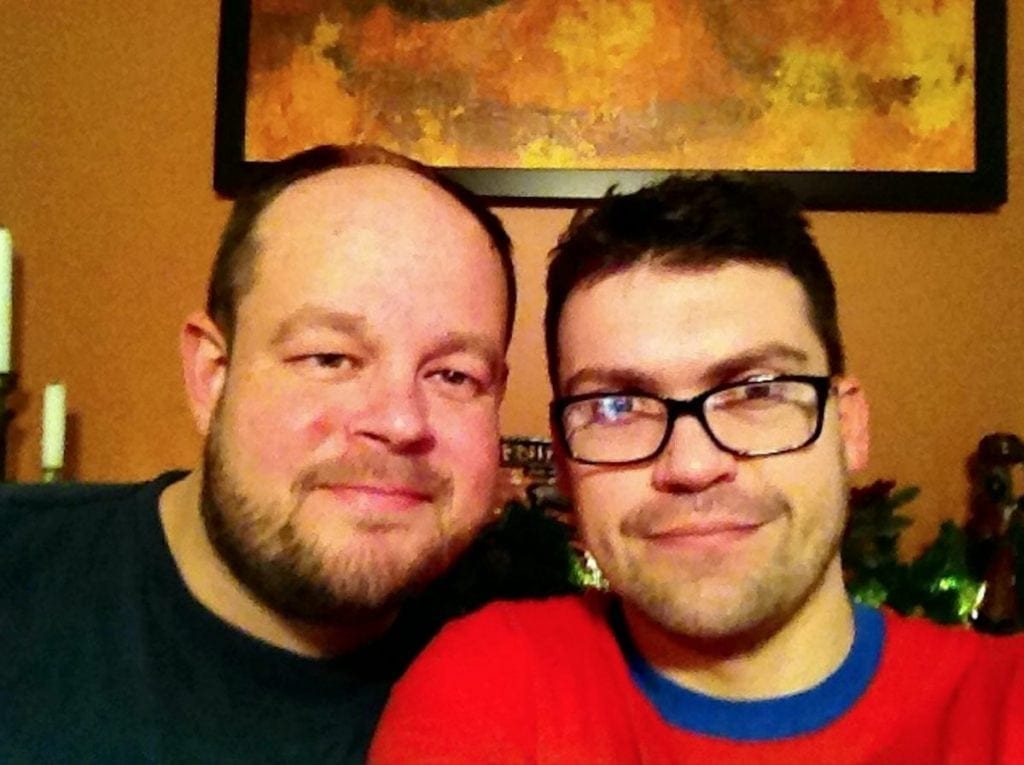 Brian appealed the decision yesterday but now have to raise £3,000 to cover the cost of a barrister – or he’ll be deported.

The couple has already spent over £16,000 on the application and are appealing to the public for help to cover the legal costs of their appeal.

Brian said: “We feel absolutely offended by this as the judge has been extremely disrespectful as it completely changes the whole angle of our marriage which is legally recognised.

“The LGBTQ community has had to fight for these rights to get married and this undermines this.

“I never thought we would be here asking for people to help us stay together.

“We are hard-working people who haven’t ever asked for anything from anyone until now.

“After draining all of our savings over the last four years fighting this, we don’t have the money to fight this last bit.”

Brian and Ben met in 2012 whilst on a train in London while the American visited the UK.

Ben said: “From that moment, for five months, we spoke every minute of every day when we weren’t working (and probably a lot of time when we should have been).

“Due to the time difference, I would often stay up every night to speak to Brian so he could try to get to bed around midnight.

“I was sleeping for two to three hours per night and was tired all the time, but it was worth it.

“I had never been in love, but I found myself falling for Brian quickly.”

The couple married in 2014 and lived together in the US for around 18 months.

But Ben, a training and development manager returned home to the UK with Brian later that year when they found out that Ben’s mum Elaine was terminally ill and had cancer.

Brian was granted a six-month visitor visa by the Home Office.

“The initial purpose of my visit to the UK was due to the fact that my husband’s mother, Elaine, became very sick with a terminal illness.” Brian said.

“Both my husband and I came to the UK to be with her and my father in law through this difficult time.”

However, Ben’s mum’s condition started to deteriorate rapidly so he applied for an extension to his visa on compassionate grounds, but it was rejected this month.

At the appeal, the judge referred to the couple as “civil partners” instead of as a “married couple” which the couple claim is a violation of their human rights.

“The judge has been very disrespectful in refusing to recognize our legal marriage and disregard our relationship,” said Brian.

“Clearly, my husband and I are not in a position to return to the United States due to the passing of my mother in law and now the diagnosis for lung cancer for my father in law, we would like to remain together so that I may be with my husband, my father in law and offer comfort and support, both mentally and physically at this difficult time.”

The couple also estimate that if they returned to the US, legal fees there could cost up to $15,000 because Ben’s position in the country was uncertain.

Brian said: “It would require a lawyer to clear it up, as when we were last living in the US, I was told that I couldn’t Ben for a work visa as marriage equality was not yet a reality in North Carolina, meaning our marriage was not recognised there.”

Brian has also been unable to pursue his dream career of being an architect after the Home Office withheld his passport.

She said: “I am an architect and I have always enjoyed my job but now I have had over three years away from it.

“I get calls most days from recruiters but I have to tell them I don’t have the right to work in the UK.”

In response, a Home Office spokesperson said that they don’t comment on individual cases.