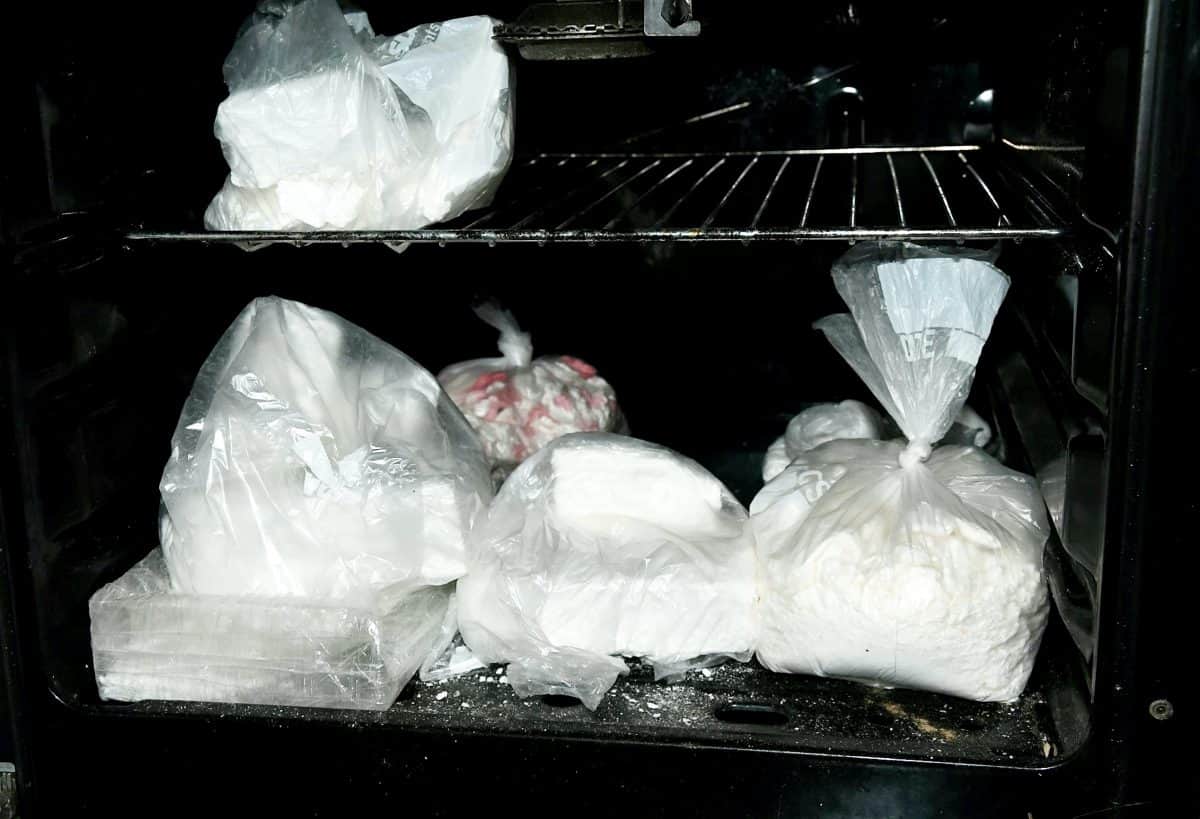 A gang has been jailed for over 60 years after processing almost a TON of drugs worth £35m from a quiet suburban home where police found heroin stashed in the OVEN.

Officers uncovered the large scale drugs factory when they raided the property on Wakami Crescent, Derby in May last year.

A total of £1.3 million-worth of heroin was seized and a number of firearms, including a loaded Uzi sub-machine gun, ammunition and around £500,000 in cash

Numerous empty bags and packaging pointed to a £35 million conspiracy to flood Derbyshire with Class-A drugs over a two-year period.

The drugs arrived at the house in raw form and, after being cut and repackaged, were then supplied to other dealers for sale.

Kingpin Ivan Graham, 35, of Rugby, Warks., was jailed for 24 years in October last year after admitting seven charges including possession with intent to supply drugs.

This week four other members of his gang were caged at Derby Crown Court for their role in the plot. All were charged with conspiracy to supply cocaine.

Alvydas Giedraitis, 42, of Enfield, London, was found guilty of the charge following a trial and jailed for 20 years.

Liuturas Streckis, 36, of Littleport, Cambs., who was also charged with possession of criminal property, was also convicted and sentenced to 19 years in prison.

Benjamin Mousley, 35, of Derby, who was also charged with being concerned in the supply of cocaine, admitted the offences and was caged for 12 years.

Officers said on arresting Mousley and Streckis approximately 5kg of cocaine was also recovered while £5,000 in cash was seized from Devine.

A Derbyshire Police spokesperson said after the case: “These men intended to flood Derbyshire with cocaine, bringing untold harm to our communities.

“These lengthy jail terms have now closed the tap on their offending, indefinitely.”

Assistant Chief Constable Paul Gibson said previously: “The level of activity in the property is, quite frankly, staggering.

“In shutting this operation down we have cut off a major supplier of drugs who has, and would have continued, to cause untold misery to thousands of families across Derbyshire and the wider region.

“On top of large quantity of drugs, a number of firearms were found at the address including an Uzi sub-machine gun.

“The people of Derby are safer now that this weapon, along with others found at the address, is off the streets.”