RelatedPosts Food bank delivers 15,000 meals a week during coronavirus Hospital admin worker ‘had no PPE or hand sanitiser’ before his death NHS worker describes observing Ramadan working on Covid-19 ward Great-great-grandmother knits model hospital to raise funds for NHS Literature associated with a petition to free Tommy Robinson has been corrected under a counter […]

Literature associated with a petition to free Tommy Robinson has been corrected under a counter campaign dubbed #DontFreeTommy.

The original petition claims that the outspoken activist has been arrested and jailed for “reporting on Muslim grooming gangs”, which is a complete falsehood.

The EDL man was found in contempt of court after filming himself in a Facebook Live video outside Leeds Crown Court, which has since been viewed a quarter of a million times.

Literature posted on the petition site also suggested the mainstream media has overlooked many issues Robinson is campaigning around, despite them being regular fodder for most national newspapers.

It also suggested that he is raising issues that are being hidden from the public, which was humorously amended to the following, shared on Britain For All. 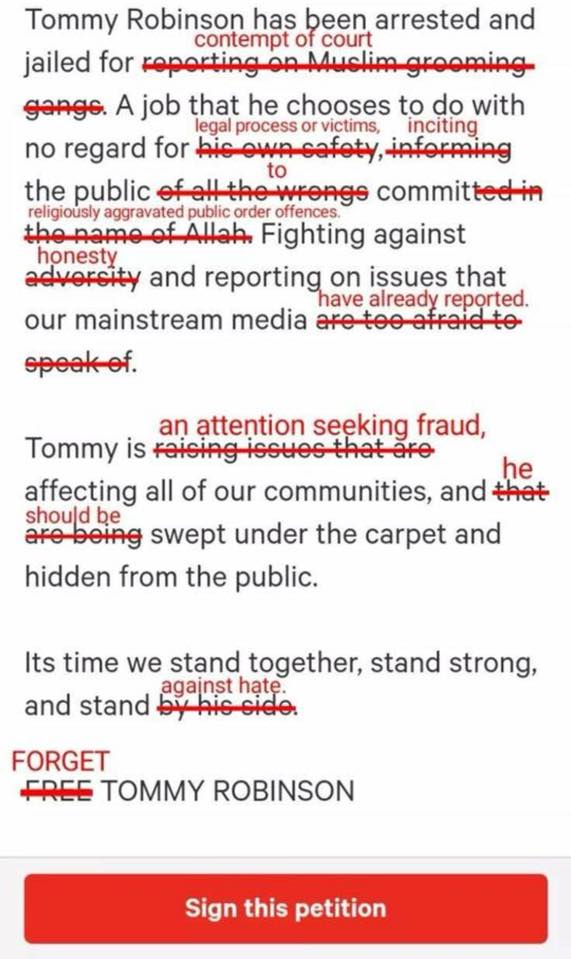