The "eagle-eyed" man tipped off cops, who pulled a trailer over and discovered the men inside the forestry vehicle, which is capable of shredding a tree in minutes. 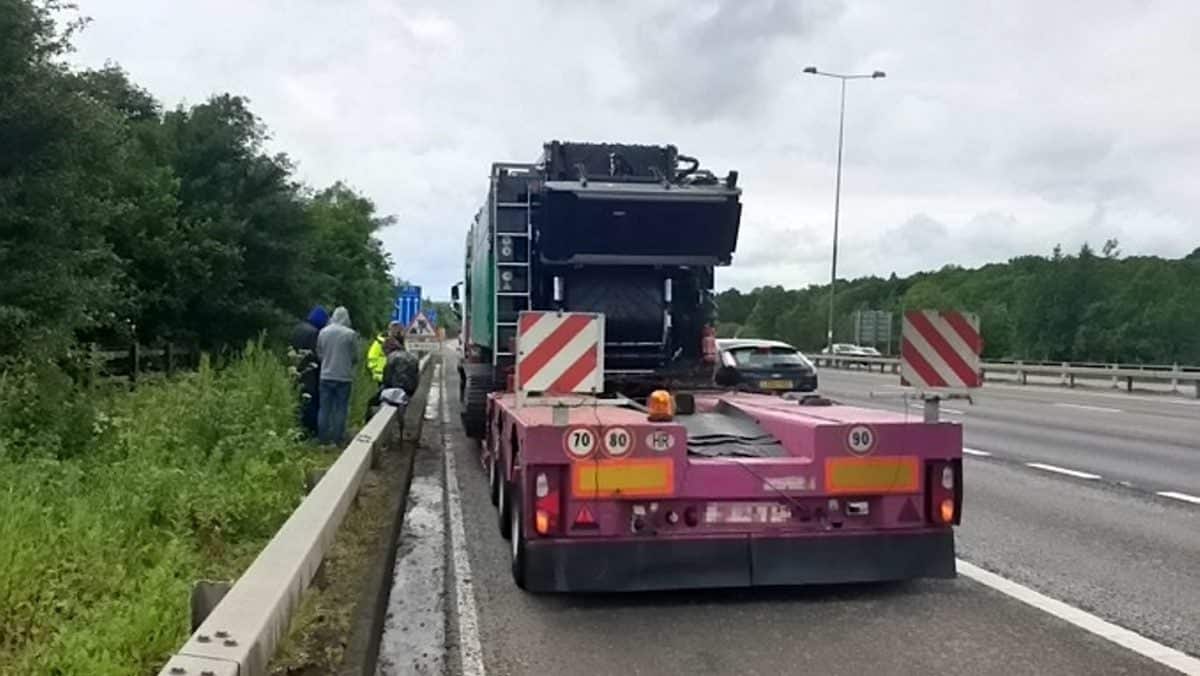 A vigilant driver called the police after spotting a group of five migrants on the motorway – hiding inside a wood chipper.

The “eagle-eyed” man tipped off cops, who pulled a trailer over and discovered the men inside the forestry vehicle, which is capable of shredding a tree in minutes.

Kent Police released pictures showing officers quizzing the men by the roadside of the M25 on the afternoon of June 8.

According to a brochure, the huge chipper has 9ft long cutters and teeth that “press in a splitting action” resulting in “a lumpy shred”.

Similar wood chipper models are displayed for sale online for up to half-a-million pounds, even for “used” editions.

Another picture reveals part of the large rotating “teeth” used by tree fellers to crunch up swathes of logs and branches.

A Kent Police spokesman said: “Thank you to the eagle-eyed motorist who called us after spotting people hiding in this machine.

“We had no idea but apparently an expensive bit of kit.

“They were laying on these scary looking things.

“Luckily none were injured and are now in the care of our colleagues at immigration centre in Dover.”

One user wrote: “What a place to hide – I have never seen a machine like that on the M25, rather them than me.”

Martin Pearce tweeted: “A pity the Border Force was not as eagle-eyed.”