The heartless thieves also made away with the staff tip jar. 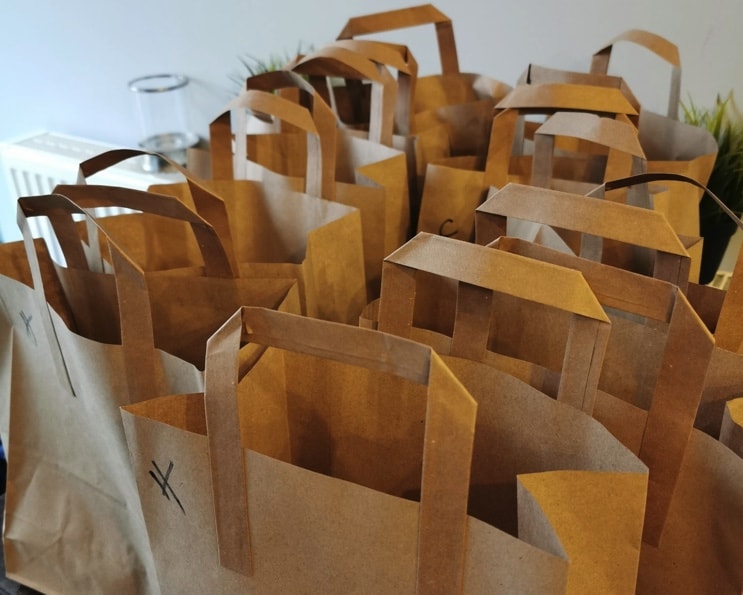 Heartless raiders made away with packed lunches for children and money from a staff tip jar from a bakery in Nottinghamshire this week.

Staff at the Hidden Bakery in Eastwood stepped up after MPs voted down a motion to extend free school meals over the holidays.

But their efforts were scuppered after bungling burglars, who dropped some of the stolen goods on the floor as they left, pinched a box of Crème Eggs and Fruit Shoots among other things.

Heidi Mather, who co-owns the bakery, has been overwhelmed by the flood of donations following footballer Marcus Rashford’s campaign to extend free school meals over the holidays.

She said: “We didn’t notice initially that we had been burgled. I remember seeing the window open but I didn’t think too much into it and we don’t usually open on Tuesday, we had only gone in to make the packed lunches.

“We brought the bread and sandwich fillings from home so when we began looking for the crisps and chocolate bars, we realised that we had in fact been burgled.

“It’s horrible to think someone could do this and it seems they have just taken what they can grab. Fortunately we don’t leave cash on the premises so the money taken from the till was small change.

“The community response has been amazing. We have had so many donations we’re thinking to pass whatever is left onto food banks when this week is finished. It’s been brilliant and I can’t thank everyone enough for helping those who need it most.”

Thanks to customers & community, we packed over 60 lunches. Same day we had been broken into?
With help we got there. Back tom.@MarcusRashford pic.twitter.com/wmJpuae9CN

He said: “Burglary is unacceptable and leaves businesses having to foot the bill but it is sad that food, that had been donated by the public and was intended for use for those in need, had also been taken.

“The culprits stole a box of Crème Eggs and Fruit Shoots and as they left they dropped some on the floor, so when the owners returned to find they had been burgled, they also had to throw away what had been dropped on the floor, which is such a waste.

“We are going through unprecedented times and this bakery wanted to do their bit to help but despite this terrible act, more members of the community have donated food to ensure that children in need can receive something over the half term break.

“We are determined to find who is responsible for this.”