Evidence against a man who made claims he was notorious serial killer Jack the Ripper will be re-examined in court — almost 130 years after he was hanged. William Bury became the last man hanged in Dundee in April 1889 after he was found guilty of murdering his wife. In his initial confession, Bury, a […]

Evidence against a man who made claims he was notorious serial killer Jack the Ripper will be re-examined in court — almost 130 years after he was hanged.

William Bury became the last man hanged in Dundee in April 1889 after he was found guilty of murdering his wife.

In his initial confession, Bury, a sawdust merchant made a claim to be Jack the Ripper.

In February 1889 Bury walked into Bell Street police station in Dundee and announced: “I’m Jack the Ripper and I want to give myself up.”

Skeptical police officers then asked him why he called himself that.

Bury replied: “I’m him all right and if you go along to my house in Princes Street, you’ll find the body of a woman packed up in a box and cut up.”

A court heard his wife Ellen was strangled with a piece of rope and disembowelled with her remains crammed into a trunk.

Her body was left in the case for several days after her death with Bury reportedly using it as a card table during a game with friends.

His defence alleged that it was suicide, saying she had ‘self-strangulated’ and that the cuts to her body were made after her death.

His conviction rested largely on medical evidence which drew some uncertainty from the jury at the time.

His the trial was a sensation of the day with more than 5,000 people turned out to witness the hanging.

Now students from the Mooting Societies at the Universities of Dundee and Aberdeen will stage a mock trial next month to determine whether Bury was guilty.

Some of Scotlands leading legal figures are coming together to review the information that was available at the time and present evidence by today’s forensic science standards.

The mock trial will be overseen by The Hon Lord Matthews, a Judge of Scotland’s Supreme Courts. 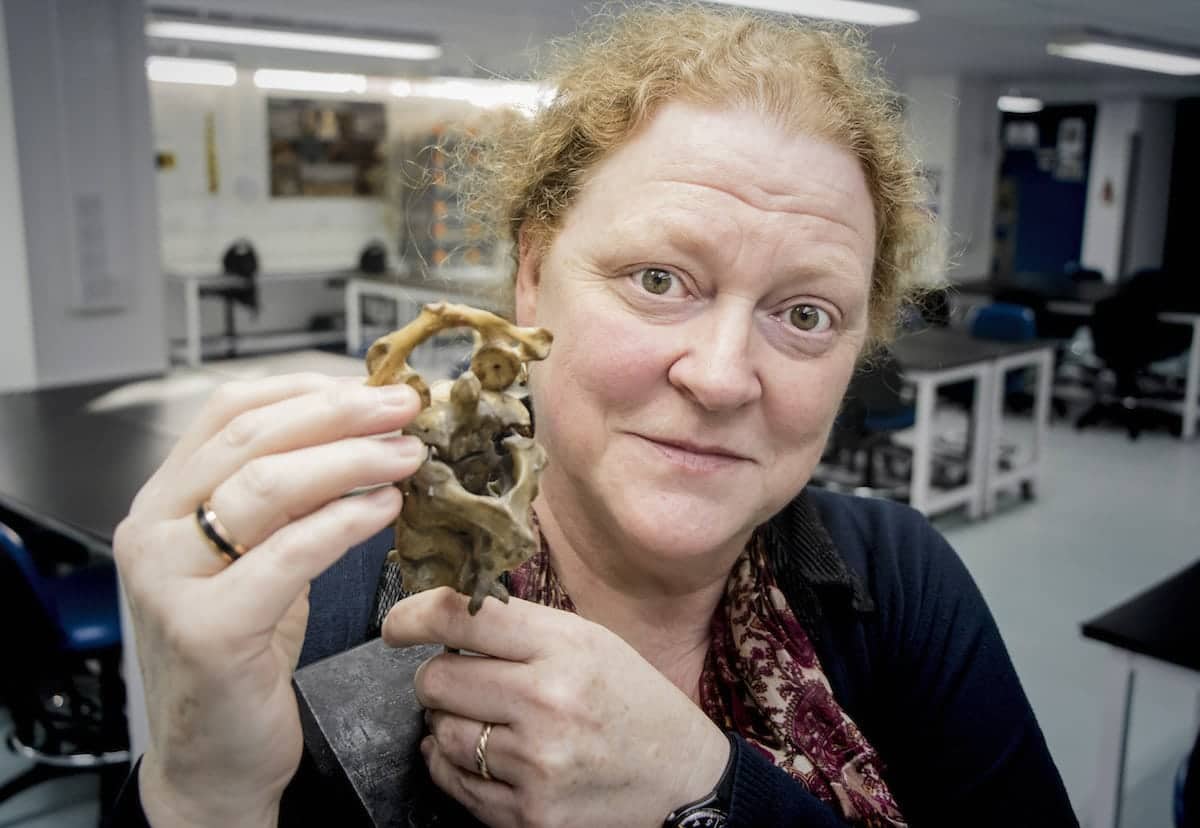 Professor Dame Sue Black from the University of Dundee.

The jury who will decide on the verdict will be drawn from the local public, with an appeal for 15 people to take part.

The event will be held in Dundee Sheriff Court on Saturday, February 3 and will be filmed as a documentary for HistoryHit TV – Dan Snow’s new online History Channel.

Professor Dame Sue Black, Director of the Centre for Anatomy and Human Identification at the University of Dundee said it is a “fascinating story”.

She said: “The William Bury trial and his subsequent execution is a fascinating story in so many respects, from the reaction of the Dundee public, who were very much against the death sentence at the time, to the claims linking him to the Jack the Ripper case, and the circumstances of the death of his wife.

“We have excellent records of the original case, through documents held in the National Records of Scotland and press reports of the time.

“William Bury’s body was transported to the University for anatomisation and the bones from his neck remain in my office.

“He had been hanged and his neck snapped at his second cervical vertebra – the classical hangman’s fracture.

“When the jury returned the first time they found Bury guilty but asked for mercy as they found the medical evidence to be conflicting.

“However they could only return with one of three verdicts – guilty, not guilty or not proven.

“On the second return to the courtroom they found him guilty and he was sentenced to death by hanging.

“We will now look at this evidence again in the light of modern thinking and see what the jury decides – will he still be found guilty? We will find out on February 3.”

James Berry, the man who hung Bury 129 years ago, believed he had executed Jack the Ripper.

According to Berry detectives sent from London to investigate said: “We know all about his movements in the past, and we are quite satisfied that you have hanged Jack the Ripper, there will be no more Whitechapel crimes”.