A student studying animal behaviour at a zoo was stunned to spot evidence that baboons – FLOSS their teeth.

Pictures show hygiene-conscious monkey picking apart the bristles before using them to clean out its own mouth.

The unusual behaviour was observed by a research student at Paignton Zoo Environmental Park, who also saw them using their own hair to do it as well.

Charlotte Morgan, who is studying for an MSc in Animal Behaviour at the University of Exeter, said she believed they had taught themselves the activity for both hygiene and social purposes.

She said: “Research at the zoo found that certain baboons floss using their own hair and bristles from broom heads.

“I have observed cases where baboons will pluck hair off other baboons to floss, which is pretty exciting. 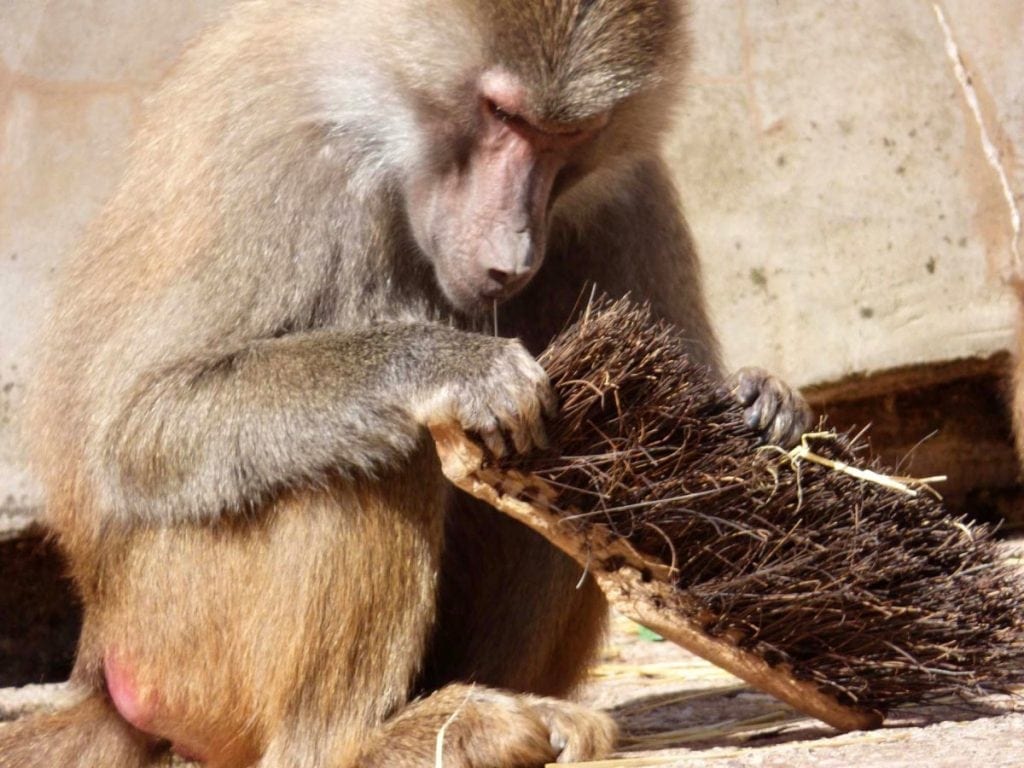 “My research project is looking to see if personality is related to dental flossing activity in the troop.

“From the results of my study, there does appear to be a relationship between certain personality traits and dental flossing.

“From what I have observed, they start off by grooming themselves and then they pluck off their own hair and place it between their teeth. With the broom heads they usually play around with them and then pluck the bristles off to floss.”

Charlotte said it was unclear how they had learnt to floss but suggested it was just trial and error.

She added: ““It’s very difficult to suggest, without more complex experimental set ups, exactly how the baboons are learning to floss. 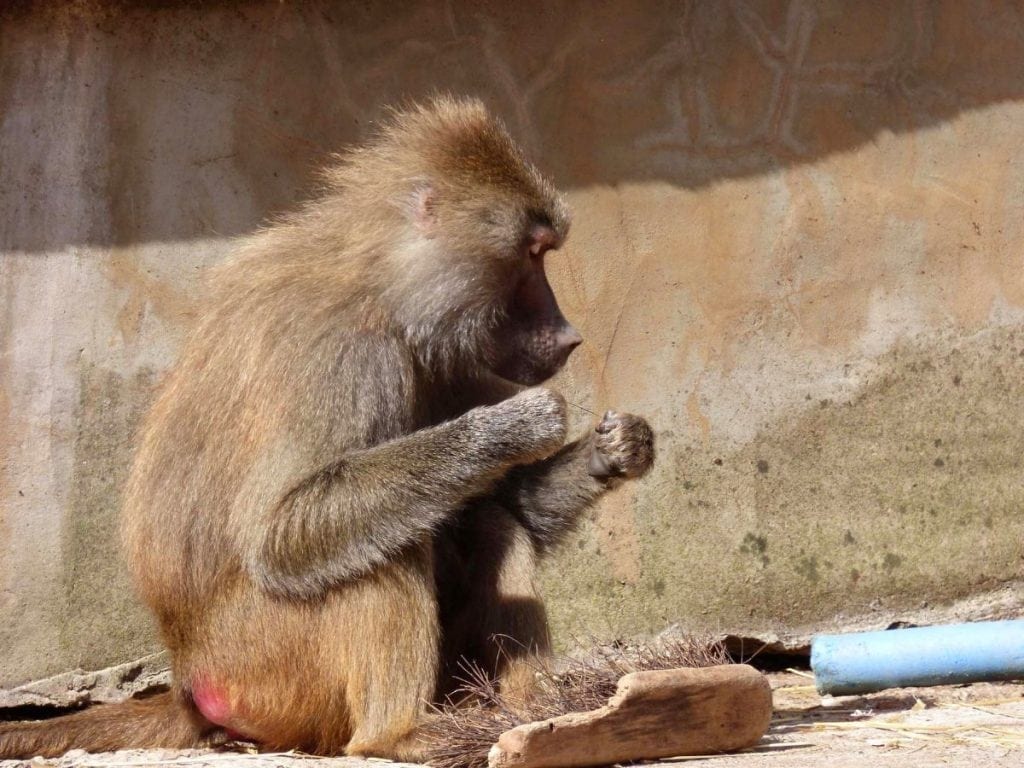 “Trial and error learning at an individual level is probably occurring in some group members, but there may be a social learning element as well.

“We have found that animals from certain harems floss more than others, so potentially animals are learning from their social cohorts.

“We have also found animals that rate highly on the personality trait ‘imitation’ are more likely to floss, so it’s possible that these individuals are more likely to observe and learn from other baboons that have demonstrated dental flossing.”

Director of Conservation and Education Dr Amy Plowman: “Animals like dogs and even chimps can be taught to do things, which is very clever but it’s much more interesting scientifically if animals spontaneously do something with a tool without being taught, which would be the case with the baboons.”