The sea mammal, nicknamed Windo, has been living on the boat in Dartmouth, Devon, for several days 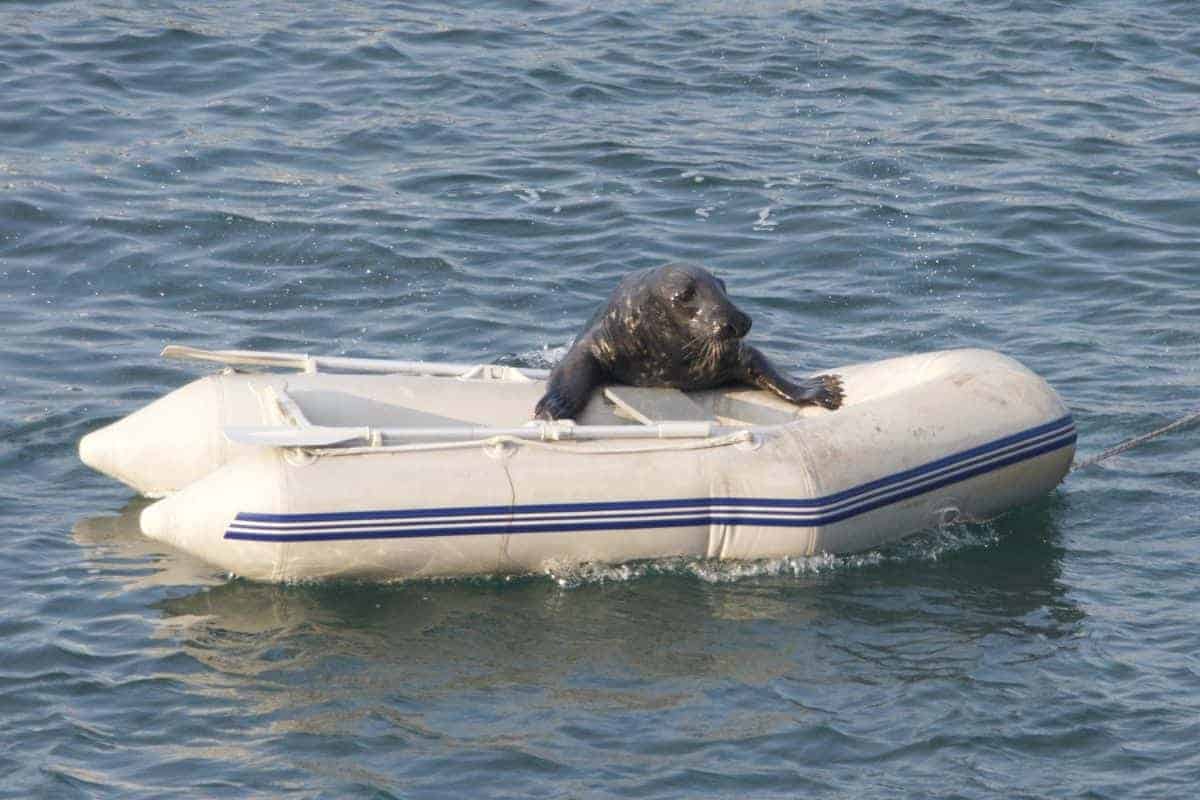 Animal lovers were left horrified after a boat owner repeatedly rammed a dinghy where ‘celebrity seal’ Windo has been sunbathing.

The large mammal, given the affectionate nickname by locals, first took up residence on the inflatable tender on Friday, May 31.

He was plagued by ‘paparazzi’ holiday-makers who all wanted a snap of the local hero – now famous for waving at anyone that sailed close.

But now Windo has been targeted by a man who wants to move him on – and keeps ramming his upturned boat home in Dartmouth, Devon.

Local resident Andy Kyle said: “It seems that almost everybody loves Windo the Seal, and why not?

“He’s a charming chap who over the last six days has happily obliged by posing for pictures for all manner of inquisitive rubberneckers.

“But there’s always one, isn’t there.”

Andy said he first saw the perpetrator on Monday, June 3, and watched on as the man in a motorised boat rammed into Waldo’s home.

He shared an image of the moment Waldo was about to be rammed, with the caption: “On Monday night Windo was forcibly dislodged from his day bed. This is him looking, increduously, at the perpertrator, who is taking aim.”

Andy continued: “Difficult to know what the guy’s problem with Windo is. But on Monday night he made sure that Windo wasn’t going to stay on his luxury pad.”