RSPCA is issuing a warning of the dangers of plastic netting.

A distressed deer was found frantically running around in circles after it got its head trapped in plastic netting.

A member of the public spotted the deer with his head and antlers in a twisted tangle by Castle Bytham Road in Swayfield, Lincolnshire, on Wednesday (June 13).

RSPCA Inspector Andy Bostock rushed to the scene to help the terrified animal which was running around in circles while his head was trapped.

He said: “The deer was very distressed and panicking. He was able to run in circles but was getting very stressed and stress can kill deers.

“He was very strong and powerful and was kicking around frantically trying to break free. 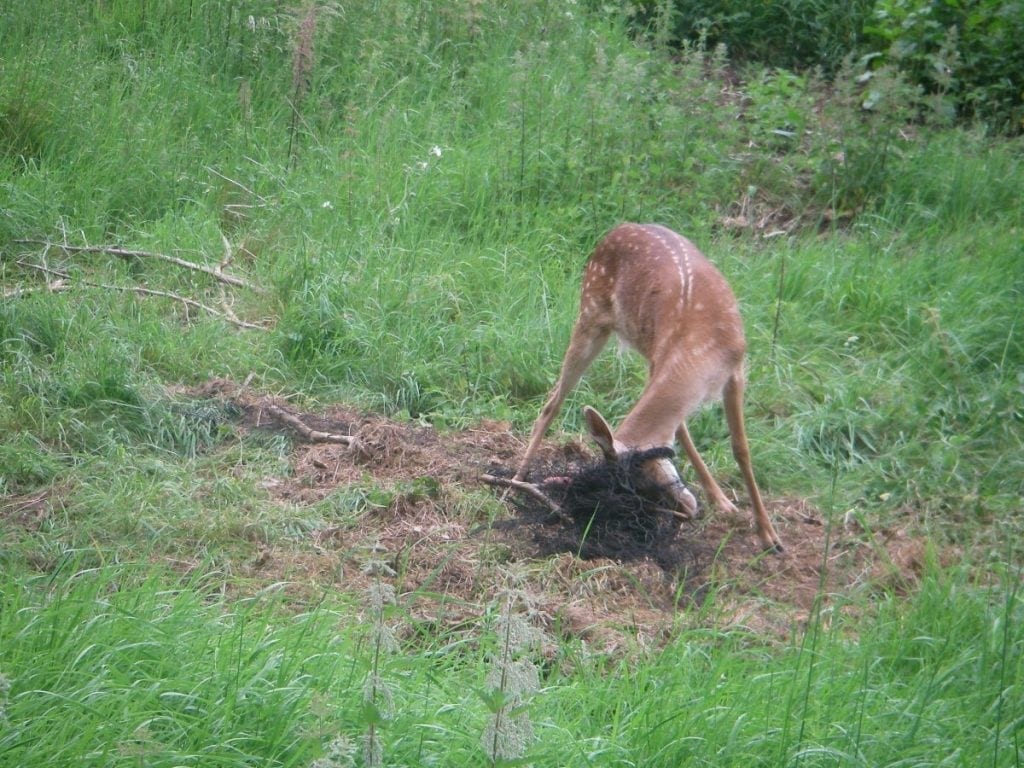 “I had to call for assistance to help with the rescue because he could have clearly hurt someone in this state and he was beginning to get exhausted.

“We managed to get close enough to put a blanket on his head which calmed him down and then we had to subdue him while we cut off the plastic netting.

“We were then able to get out of the way quickly as he got up and ran free.

“I am so pleased the deer appeared uninjured, he wasn’t the only one exhausted afterwards.”

Inspector Bostock said the netting had been left behind from when the land used to house pens for rearing game birds.

Bostock said this incident highlights the importance of clearing netting and plastic away because it is very damaging to wildlife.

The RSPCA receives hundreds of calls every year to rescue animals – often wildlife – who have become tangled in netting, sport or garden nets or fishing litter.

Inspector Bostock added: “Netted fencing and netting used for gardening or in sport can be really dangerous for animals and also poses a risk for those of us who are trying to rescue any entangled animal.

“This is a situation which could have been avoided if the netting had been discarded safely.”

Other forms of garden netting, like pond or fruit netting, can be a real hazard to wild animals like hedgehogs.